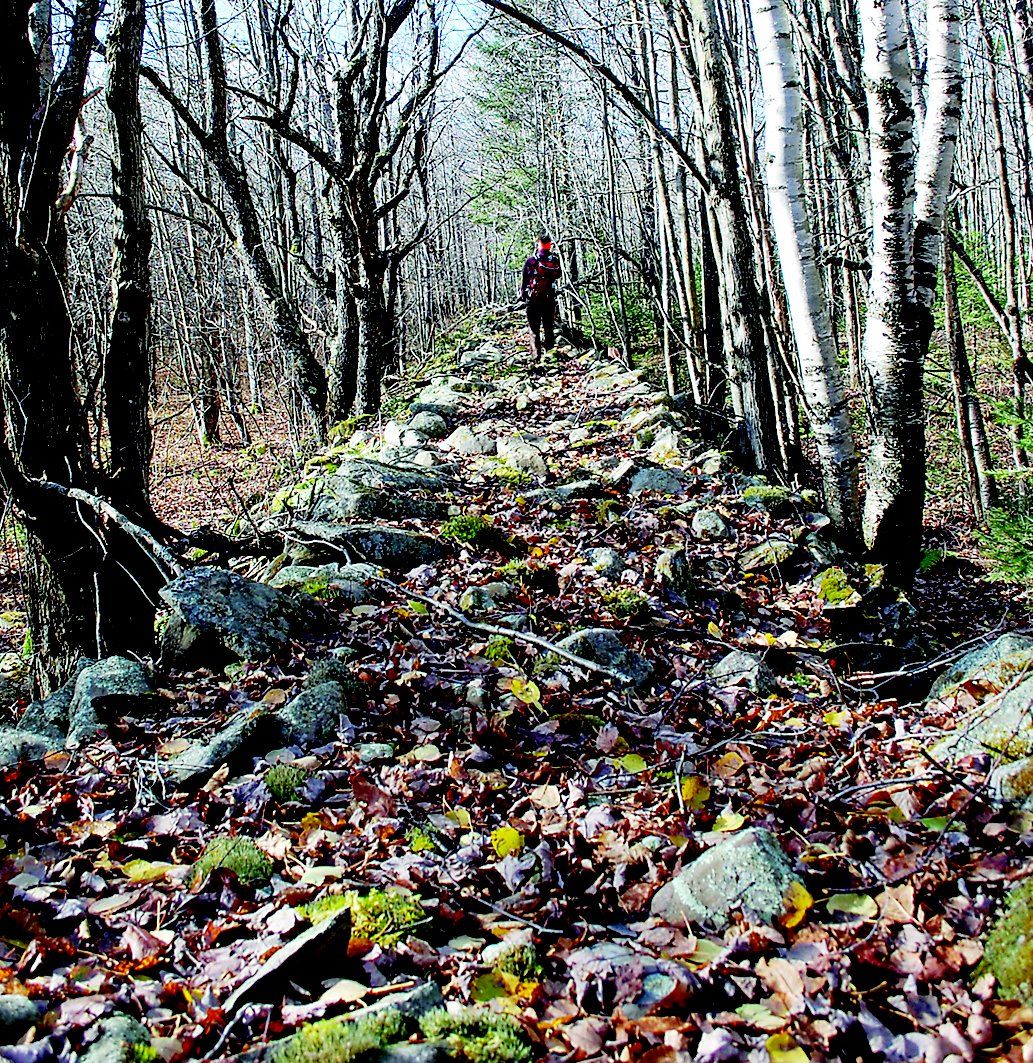 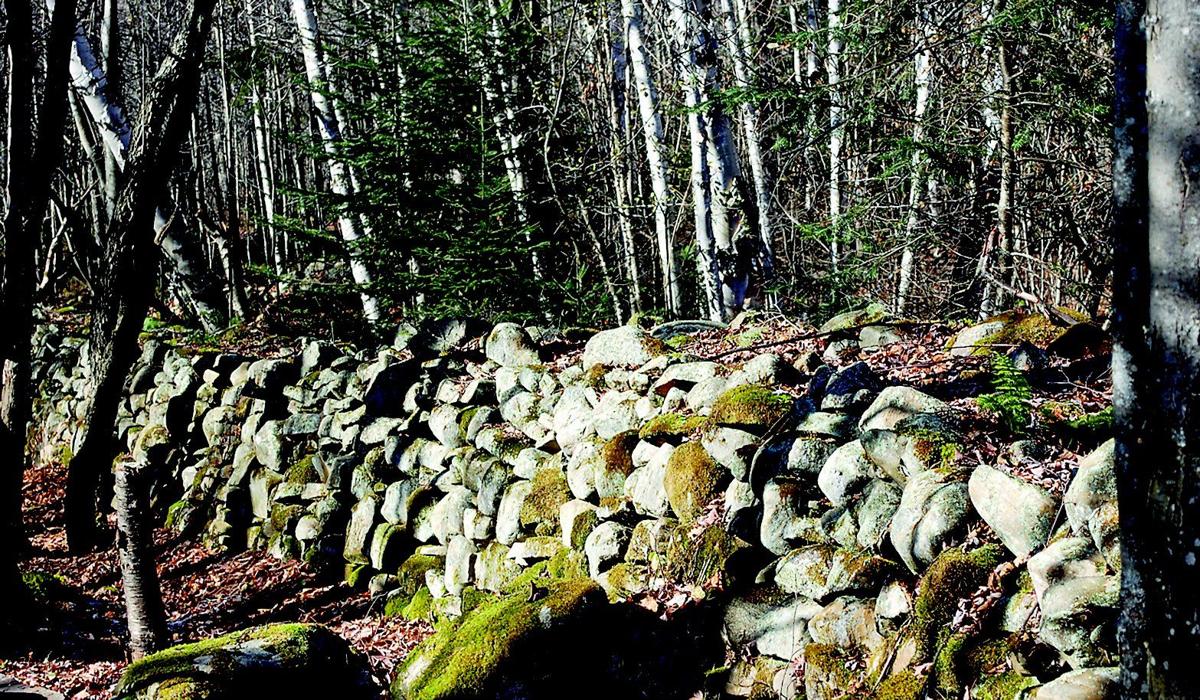 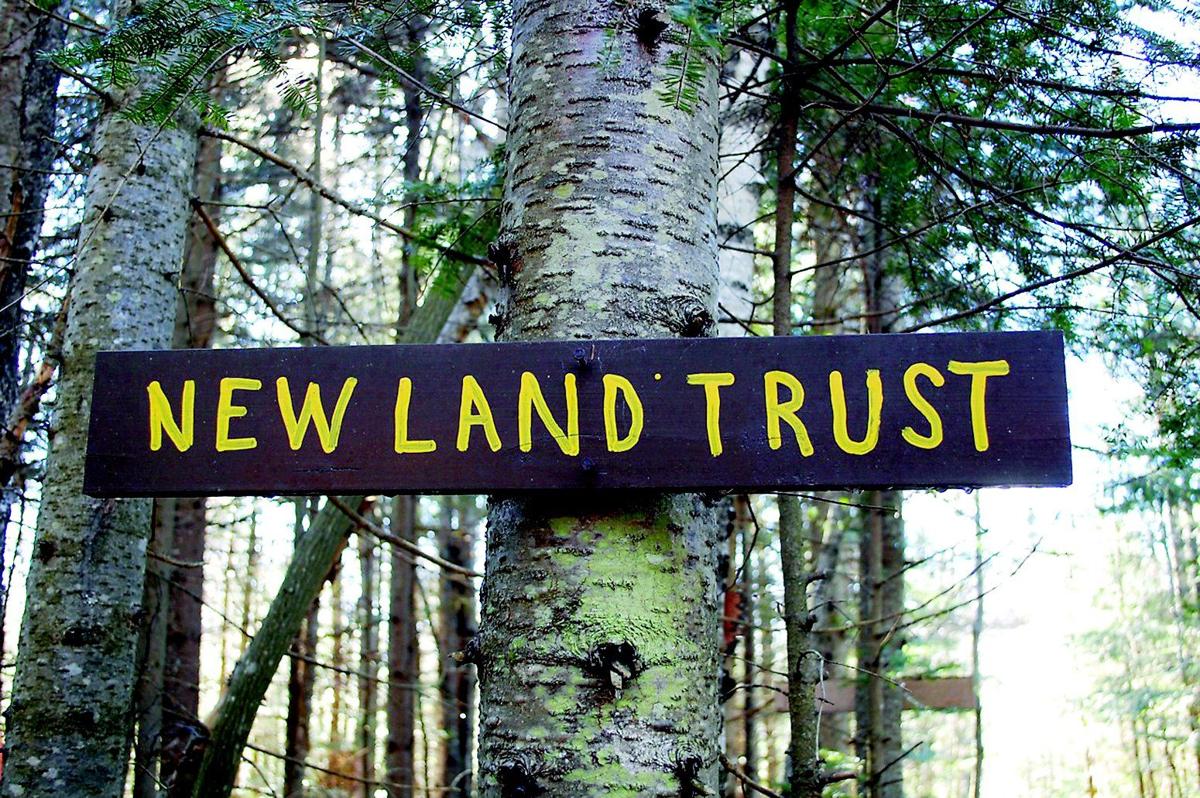 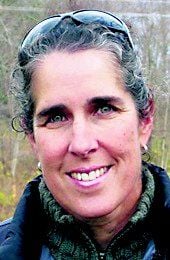 Last Sunday I visited the New Land Trust for the first time. A friend and I met Steve Jenks, the longtime trail builder, on Plumadore Road in Saranac and set off for a few hours of exploring interspersed with storytelling, trail work and photography.

At the clubhouse we learned about the ambitious project started by a group of four friends from Plattsburgh State in the 1970s. Wanting to live off the land, they bought 287 acres and started working it.

A few decades later their legacy is a big piece of property with miles of trails that are perfect for day hikers, birders, dog walkers and cross-country skiers. Thanks to many volunteers and supporters, this property is entirely open to the public.

Last Sunday, Steve led us on a tour featuring a lean-to, outhouses, bridges, benches and trail signs. The trails wind through old orchards and a variety of forest types, but it was the stone walls that captivated me.

Some trails travel beside a wall; others cross through openings that were made when the walls were built or when recent trails were designed. It was impossible to pass the walls without imagining the hours of backbreaking work by people, oxen or horses. Maybe all three. The walls stretch for hundreds of yards and seem to have been built for field boundaries and livestock enclosures, all of which are now beneath another generation of forest canopy.

Stone walls are not found all over the United States; they are special to New England and upstate New York. Rocks in our walls come from the geologic history that left stony glacial till on the surface of the land. European settlers between 1750 and 1850 likely built stone walls, after the American Revolution but before industrialization changed agriculture and supplied wire fencing. Forests were cut and the stumps that were uprooted to make way for plows exposed many rocks on the surface. Frost heaves would have gouged out more each year.

A skilled waller made the walls at the New Land Trust. They are made without mortar using literally tons of fieldstones, which would have been picked up by hand and placed by hand. The most intact walls slope beautifully inward and flow along the land with nice straight edges. Some stand 4 or more feet high and the same or more in width. They were built well enough to withstand the work of small animals that inhabit them as well as to drain the water that flows through from rainfall and snow melt.

According to Susan Allport’s book, “Sermons in Stone: The Stone Walls of New England and New York,” New York state had about 95,000 miles of stone fences in 1891. For stone walls or fences to have endured since the time they were first built, they had to have been very well-made.

Most of those in Saranac have stood up beautifully and still show a fortress-like strength and integrity.

John Vivian, an expert stone waller, wrote in Mother Earth news in 1991, stone walls “endure in part because rock is as near a definition of ‘forever’ as exists. But more important is their main construction ingredient — gravity. In a properly built stone wall each rock sits square on the ones below it, and so long as gravity keeps pulling, that wall is going to stay put.”

When I left The New Land Trust I assured Jenks I’d be back and he said, “I know, everyone comes back once they see how great it is here.

“It is a contagious place.”

ROUSES POINT [mdash] Jamie S. Smith, 41, of Rouses Point, passed away Sunday, Sept. 19, 2021, at the UVM Health Network at CVPH. She was born Nov. 27, 1979, in Plattsburgh, the daughter of Roy Smith Jr. and Sherrin (Coulombe) Smith. She enjoyed find-a-word puzzles, adult coloring books and b…