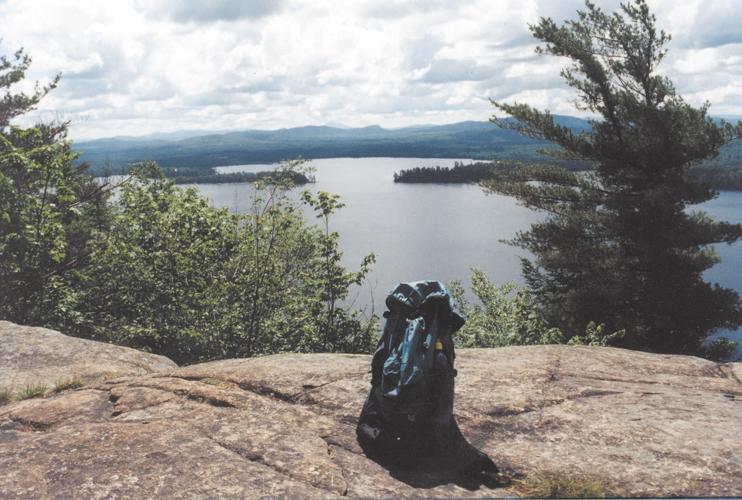 There-s quite a view from atop Mount Frederika, once part of the large Webb estate in the central Adirondacks 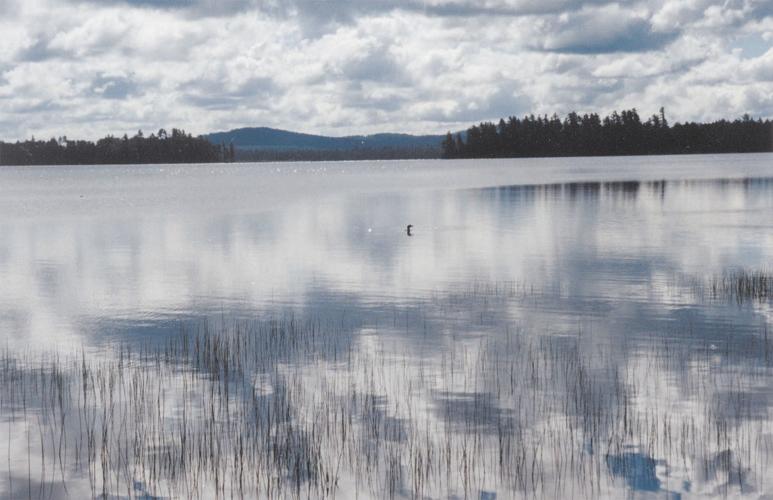 A loon floats on a tranquil Lake Lila 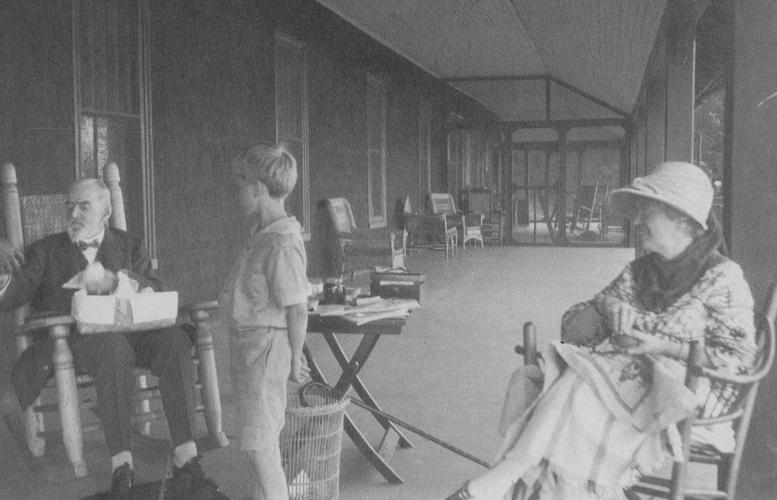 This 1927 photo of the veranda at Nehasane shows a young J. Watson Webb in the company of grandparents William Seward Webb and Lila Vanderbilt Webb

There-s quite a view from atop Mount Frederika, once part of the large Webb estate in the central Adirondacks

A loon floats on a tranquil Lake Lila

This 1927 photo of the veranda at Nehasane shows a young J. Watson Webb in the company of grandparents William Seward Webb and Lila Vanderbilt Webb

Back in July of 1998, in an effort to find suitable Adirondack Mountains to climb for the second edition of my book "Paths Less Traveled," I drove to the small parking area at the edge of the Lake Lila Primitive Area to hike five miles, then climb Mount Frederika (also spelled Frederica), a 2,200-foot peak that seemed to fit in nicely with the low-peak climbs of my first edition. After a lengthy walk on a tote road that was gated at the parking area, I crossed the old railroad tracks, built by Adirondack land baron William Seward Webb (this is now a snowmobile corridor), and climbed Mount Frederika, named after one of Webb's daughters. From atop the mountain, the views were breathtaking, with Lake Lila sparkling below, Blue Mountain off in the distance straight ahead, and the Santanoni Range clearly seen to the north. At the far end of Lake Lila was an open bog-like area near where Shingle Shanty Brook enters the lake. On my way back, I checked out the site of the old Nehasane Lodge built by Webb near where the Beaver River exits Lake Lila (named after Webb's wife, Lila Vanderbilt) before returning to my vehicle. It was a long roundtrip. Weeks later, I wrote about this hike in the "Outdoors Page" in the Press-Republican, and thought that was the end of the story. On August 24, 1998, I received a large envelope in the mail from a J. Watson Webb Jr. who was living in Los Angeles. He enclosed a letter, punched out on a manual typewriter with penned-in corrections, three pages in all and about 10,000 words. It seems Mr. Webb had gotten a copy of my article forwarded to him from a friend. J. Watson Webb Jr. was the grandson of William Seward Webb and loved his grandfather very much, definitely more so than his father, J. Watson Webb Sr., who he called "a tyrant." J. Watson, the younger, wrote in the letter, "I sort of fell apart when I read your article as it brought back so vividly many memories of that magnificent place." J. Watson Webb Jr., who graduated from Yale University as an English major, eventually went west where he became the chief editor for legendary filmmaker Darryl F. Zanuck. In the letter, he lamented the family's selling to New York state of much of the acreage his grandfather once owned, all but 45,000 of the 147,000-acre parcel. William Seward Webb named the place Ne-Ha-Sa-Ne, which supposedly was an Indian name for "beaver crossing the log." Like a lot of Adirondack Indian names, one wonders if there is any authenticity behind it. Nehasane Lodge was built in 1893, a palatial building with a veranda and other out-buildings. There was a large staff to maintain the facilities. At one time on the surrounding land, the elder Webb brought in 20 moose and 60 elk in an effort to stock them, but it is believed that fires in the area are the reason the stocking eventually failed. I communicated with J. Watson Webb Jr. until his death in 2000 at the age of 84. Along with interesting history lessons, he gave me permission to use his 1927 Nahasane veranda photo for the new edition of my book. But, my Nehasane story does not end here. In the fall of 1999, I took my Plattsburgh State University Outdoor Writing Class students to the area. It was just after the big New York state-Whitney land deal and the creation of the William C. Whitney Wilderness Area that includes Little Tupper Lake. Our class topic was: What really is wilderness? I showed the students the heavily cut-over Whitney area, which they agreed looked nothing like their idea of wilderness. Then we visited nearby Lake Lila, parking in that same little designated place off the Sabattis Road that I had been to a year earlier. After checking out the lake, we returned to the parking area. Here we saw a man getting out of a pickup truck and unlocking the gate on his way out. I went over and spoke with him. It turned out his name was Watson Webb from Shelburne, Vt. He informed me he was the nephew of J. Watson Webb Jr., and his family still owned land and cabins beyond Lake Lila, so he had motorized access. He agreed to talk to my class, giving them even more details on the area. What a serendipitous encounter! Today, there is a field and campground where the opulent Nehasane Lodge once stood; the original structure was torn down in the 1970s when the state took over the property. I still find it hard to believe that one person -- William Seward Webb -- could own all that land, name mountains and lakes after family members, and designate who could get off his trains at the Nehasane station, but all that is in the past. Even so, I will always remember the last words of J. Watson Webb Jr. written to me in his letter: "Thanks for bringing back so many memories of days gone by." daprill2000@yahoo.com