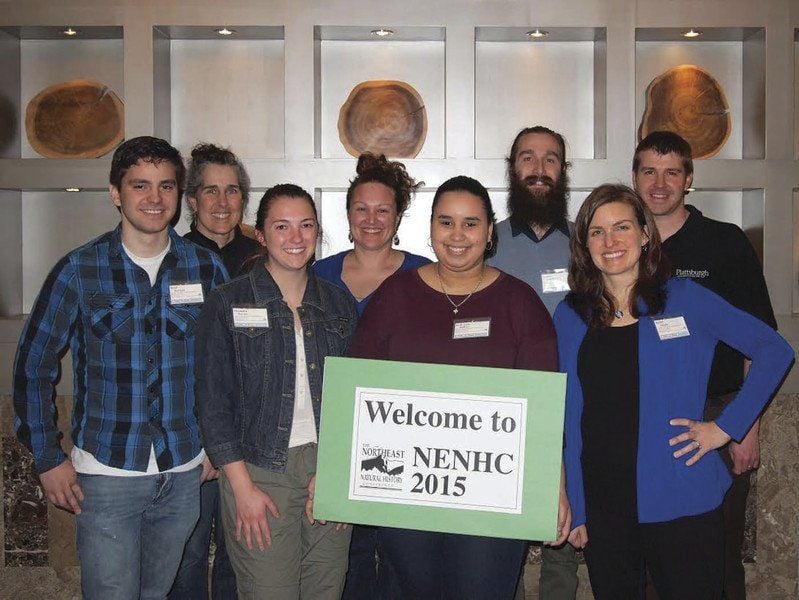 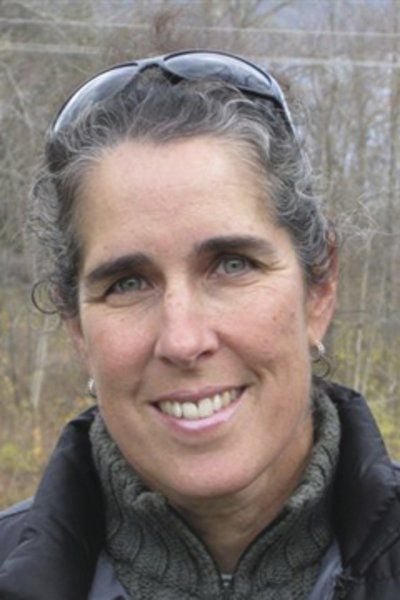 As the temperature dipped back down and the rain fell last weekend, I traveled to the Northeast Natural History Conference in Springfield, Mass., with a delegation of SUNY Plattsburgh faculty and students.

This conference is an annual pilgrimage for naturalists and students who want to learn about the most current research on wildlife and wild habitats in the Northeast. Traveling with Drs. Danielle Garneau, Jacob Straub and Rachel Schultz was an honor and the undergraduate and graduate students who presented papers or scientific posters made an impressive showing for Plattsburgh.

Senior Kelli-Anne DaBreo presented research co-authored by Dr. Schultz on “Invasive Species Impact on Leaf Litter Decomposition in an Aquatic System.” DaBreo explored how decomposition of native leaves changes when leaves from invasive species are mixed into the leaf litter. Results showed that invasive species have a significantly faster rate of decomposition than native leaves. DaBreo’s results in combination with other information may explain changes in the hatch rates of aquatic insects or the nutrients available for frogs and turtles.

Presenter Thomas DellaRocco, under the direction of Dr. Straub and Dr. Kenneth Adams, studied post-ice storm successional changes at Altona Flat Rock pine barren. By comparing vegetation in 2014 with information collected in 1999 after the ice storm of 1998, DellaRocco noted changes in the plant community and concluded, “In the absence of fire, or a suitable management alternative, this rare ecological community type may become extirpated from the Northeast.”

Three other undergraduates, Alexandra Provost, David Bowman and Hope VanBrocklin, under the supervision of Dr. Garneau, conducted research on the prevalence of ticks carrying Lyme disease in three sites. Of 170 ticks tested, 61 percent carried bacteria that cause Lyme disease. “The forest edge ticks, which were collected predominantly in the AuSable/Chesterfield area, had the highest occurrence (79 percent) of Lyme disease. “This preliminary study suggests that Lyme disease is common in the northern New York, with the occurrence of Lyme disease in black-legged ticks being the highest along forest edge microhabitats in the Champlain Valley during the month of June.”

Graduate student Sarah Glancy presented her research on zooplankton in Adirondack lakes. Her extensive survey and statistical analysis revealed trends in the lives of the tiniest of North Country aquatic animals and the complex relationships between water chemistry, fish stocking and invertebrate populations.

In addition to the student papers, both Dr. Garneau and Dr. Straub made presentations. Dr. Garneau shared her work in the field of citizen science. Citizen science endeavors, across campuses, have linked students with nature and their community using tablets to log agricultural damage, bird window strikes, campus trees, wildlife sign, trash patterns, and stream macroinvertebrates.

Dr. Straub compared populations of black ducks and mallards. His research measured the presence of both kinds of ducks in numerous backcountry sites throughout the Saranac Lake Wild Forest. The results indicate that the ducks are not territorially exclusive, that they may hybridize and that they are increasingly comfortable in close proximity to places used by humans.

These students and this distinguished faculty are answering questions that explain the wilderness around us. Plattsburgh is lucky to have a university with motivated scientists who provide incredible research opportunities for the next generation.