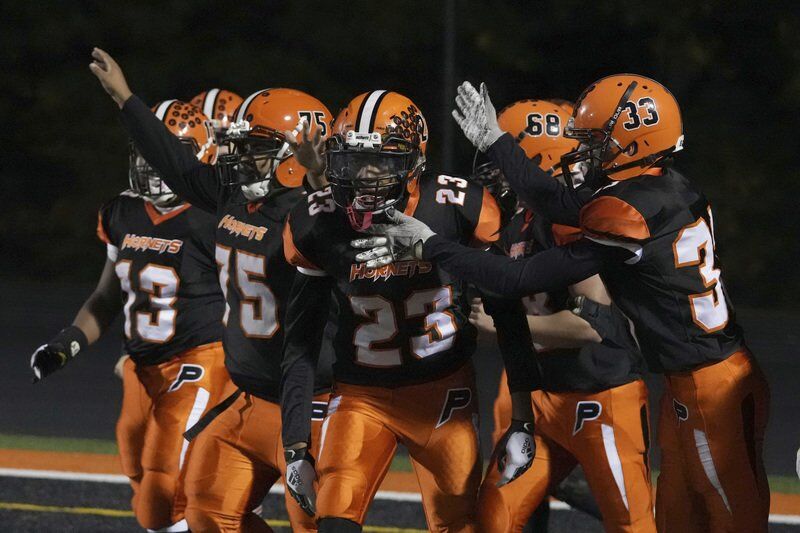 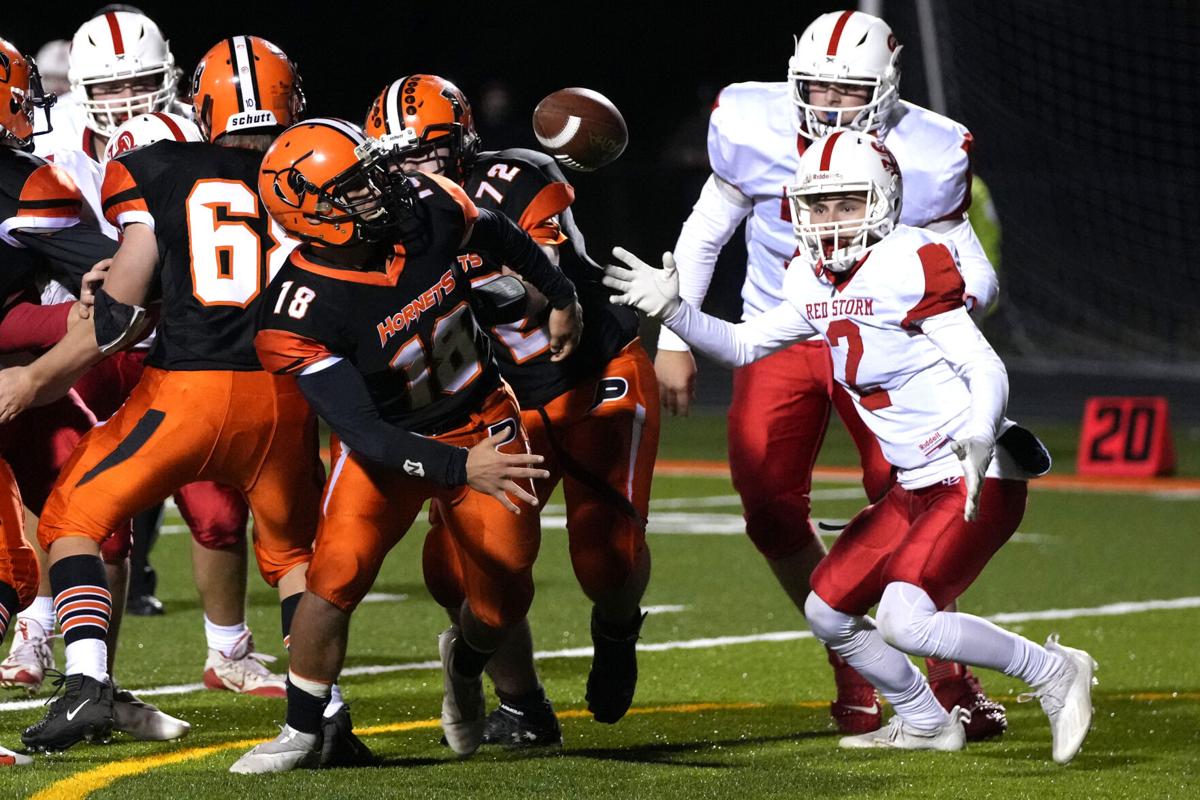 PLATTSBURGH — Plattsburgh High’s defense stepped up in a huge way on Monday night.

In the Hornets’ first game back since losing starting quarterback Ben Bordeau to a broken femur in Week 5, Plattsburgh nearly held Saranac Lake scoreless in a 27-7 win in Champlain Valley Athletic Conference football.

Max Filosca and Michael Phillips both had pick-sixes, and Trenton Griffiths rushed for two scores to lead the Hornets.

“I am proud of the effort that the guys put in,” Hornets coach Mike Bordeau said.

“Our leaders did a good job helping our team have success playing in a unique situation on a Monday night. We leaned on our seniors, our offensive line and our defense. That is a pretty good formula as we progress to the last part of the season.”

The contest was originally slated for Saturday but needed to be postponed two days due to the Red Storm being shorthanded with 14 players in quarantine after an undisclosed number of COVID-19 cases were confirmed on the roster.

“We want to keep moving forward and just keep trying to get better,” Saranac Lake coach Eric Bennett said. “I am happy we had a roster that was big enough where we did not have to have a no-contest situation and were able to get some guys some action who usually don’t see as much time.”

Both defenses had plenty of success in the first half, but the Red Storm blinked first.

Griffiths scored on a 9-yard run with 40.2 seconds remaining before halftime to get Plattsburgh on the board.

“I am not going to lie,” Griffiths said while laughing. “I saw their size at the beginning, and I was running a little scared out there because I did not want to get crushed.

“After we found out some of their weaknesses and got inside their 15-yard line, I just lowered my shoulder and did what I could to score.”

The Hornets’ defense flexed its muscles early in the second half and snagged all the momentum.

Filosca picked off Roberts and took the interception to the end zone for a 51-yard score with 1:07 gone in the third quarter.

“It was very important,” Filosca said. “We were coming off a difficult situation last week with Ben now injured. We just came out to play for him.”

Saranac Lake’s ensuing drive ended just like the last, but this time Phillips was the thief when he picked off Roberts and went 58 yards to pay dirt with 8:34 left in the third quarter.

“Our defense played really well today,” Bennett said. “I thought they made a lot of plays. I had a couple calls I wish I could have back. I put our quarterback in a tough spot. That’s on me. I am really appreciative for the kids who were here and that they got a game.”

Griffiths finished off the Plattsburgh scoring attack with a 12-yard run to the end zone with 7:42 remaining in the fourth quarter.

Bostyn Duquette took the quarterback reins for the Hornets and completed two of six passes for 35 yards, which included a 33-yard connection with Dylan Crowley-Williams.

“It was a different atmosphere without Ben,” Mike Bordeau said. “I am proud of the other leaders on the team for stepping in and Bostyn for leading the offense. Coach (Joe) Mazzella did a good job helping Bostyn get prepared. It feels like forever since we played, so it was good to get back out there.”

Navarra put the Red Storm on the board when he caught an 11-yard pass on a slant from Roberts with 4:25 remaining in regulation.

In the final week of the regular season, Saranac Lake hosts Peru at 1:30 p.m. on Saturday.

Plattsburgh will have an even quicker turnaround when it travels down to Clintonville to take on AuSable Valley at 7:30 p.m. on Friday.

“AuSable is a very good football team,” Mike Bordeau said. “It’s tough to play down there. We are going to have to be in school in 10 hours. The big message is to get to school. We will recover and have some time to watch some film. We will have some good practices on Wednesday and Thursday and be ready for Friday.”