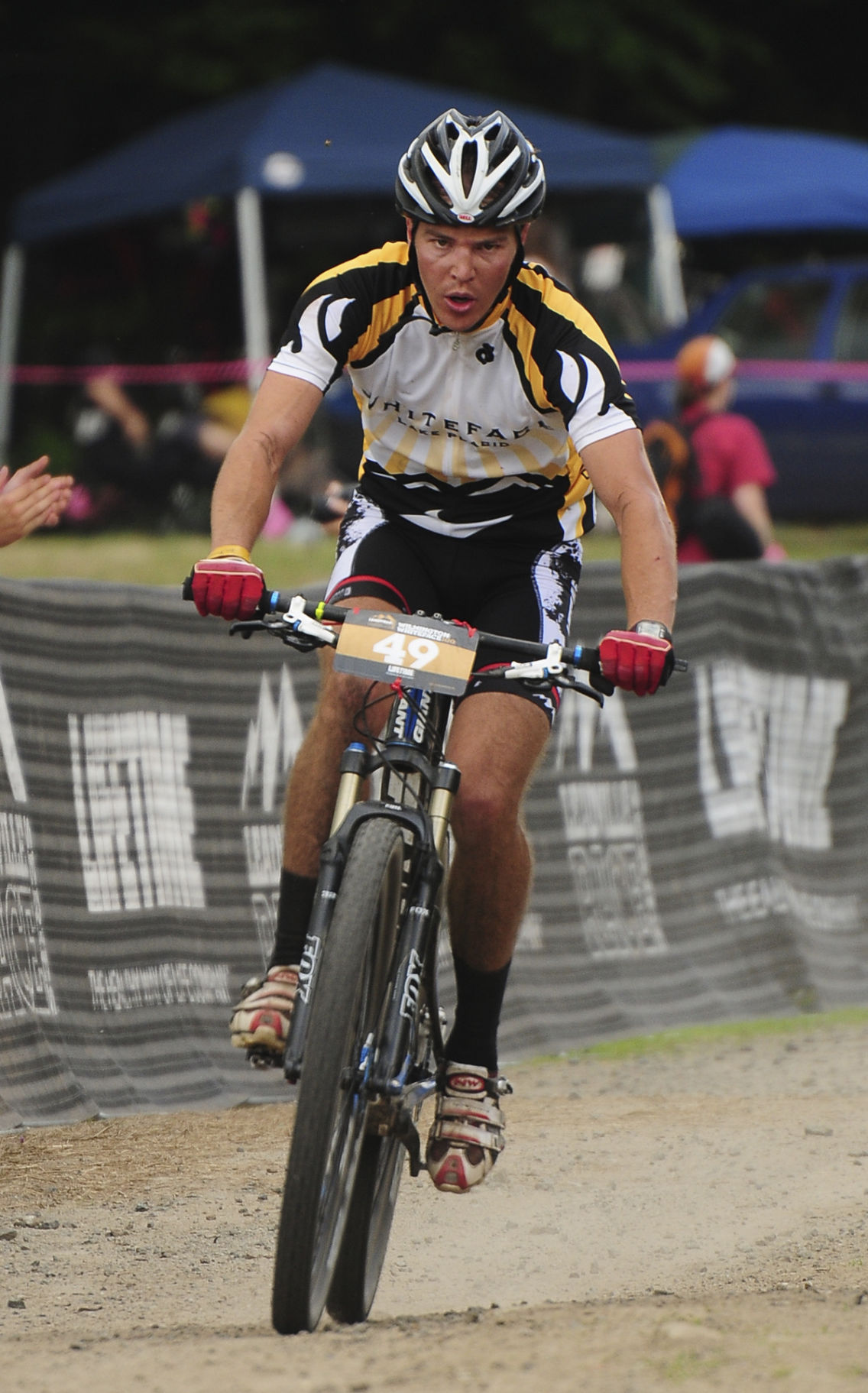 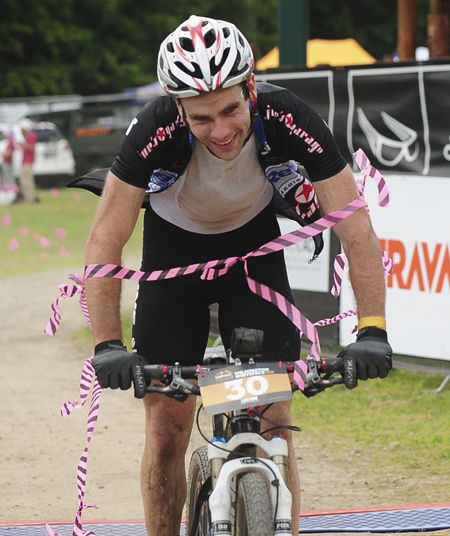 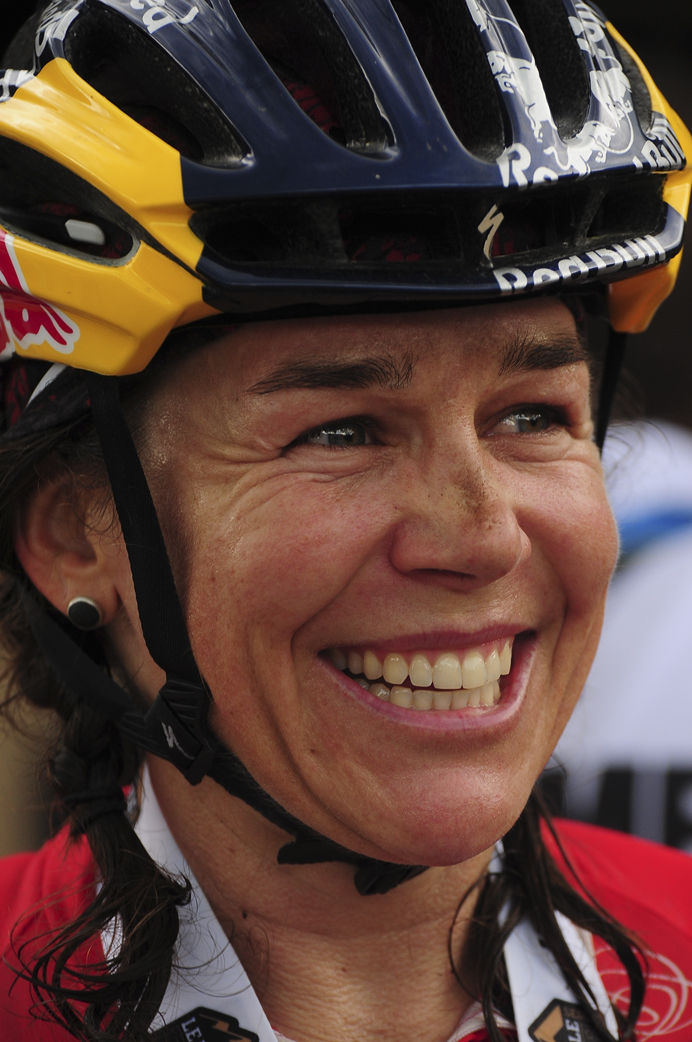 WILMINGTON — Billy Demong began the Wilmington/Whiteface 100K Sunday with an open mind on how he would place.

Midway through, Demong and a small group with him were hit with a sudden realization of how difficult winning would be when a few racers began to pull away.

“We’re like, ‘We’re probably only a couple minutes back, we’re working good,” said the four-time Olympian and Vermontville native. “And then we got a split and it was like eight minutes at the halfway point.

“We were like, ‘What?’ We thought that somebody was joking, so obviously those guys were crushing.”

Even with that cushion by the leaders, Demong, the 2010 Nordic Combined Olympic champion, cruised to fifth place and was the first local native to finish the race.

In its second year, the Wilmington/Whiteface 100K mountain bike race — the only Leadville Trail 100 qualifier in the northeastern United States — expanded from 57 miles to 69.

The race began and ended at Whiteface Mountain. Racers went through Wilmington, Jay, Keene, Lewis and Elizabethtown before returning to the Olympic mountain for the final climb of 2,500 feet. The course also included Jay and Saddleback Mountains, both of which are more than 2,475 feet each.

Justin Lindine, a professional from New Salem, Mass., was the top finisher. Three-time LT100 champion Rebecca Rusch was the first female to cross.

Demong, who resides in Park City, Utah with his wife and son, was competing in just his third mountain bike race and first of the season.

Thinking the race was shorter than it was, he didn’t come completely prepared. He brought only three bottles of water and purposely skipped breakfast.

“I was not quite ready,” Demong said. “I was out of water of my own … at over halfway. About halfway, I’m like, ‘Uh oh, this plan is not working out.’”

He still had enough energy to pass another participant to take the fifth spot, clocking in at 4 hours, 42 minutes, 32.67 seconds.

“Seeing how the field stacked up this morning after the first 10 miles … fifth was beautiful,” said Demong, 32, who still has family in the area. “So yeah, I’m psyched.”

Lindine, 28, earned a special exemption and finished 28th in last year’s LT100. This year, he wanted to earn his spot through a qualifying race.

“I want to go back, I want to qualify for this race, and I don’t want there to be any questions about how I got there,” Lindine said.

He chose the Wilmington/Whiteface 100K because it was the only qualifier within driving distance and called it a hard course.

“A lot of climbing,” Lindine said. “You know, it was a lot of gravel roads and dirt roads and sort of cheap-track stuff, which isn’t super technical, but it almost makes the racing harder sometimes because the pace is just high all day.

“You never get any, like, technical sections to kind of recover in. It was good; it was a very selective course.”

She said she didn’t have much pressure because she already qualified for the LT100.

“My goal with being involved with the series is to get more women in the race and kind of share my experience with the people who are trying to qualify,” said Rusch, who was 21st overall. “So I’m here to race, but more I’m here to help other people get to Leadville and improve their racing.”

Her impact was apparent not long after the race when another participant came up to thank Rusch for her help.

She said she enjoyed the 12 miles added to the course.

“It was a nice addition,” she said. “It was definitely challenging.”

Erenstone was one of the few participants to race using a single-speed mountain bike.

“It’s a great course,” said Erenstone, who competed in road and mountain races when he was a student at the University of New Hampshire. “It’s hill after hill after hill after hill, you know? It’s pretty intense. This is my first time doing a single-speed race; you have to ride it a bit different than a geared bike.”

“I guess I exceeded that,” Erenstone said with a smile.

The race offered up to 100 qualifying spots for the LT100, set for Aug. 11 in Leadville, Colo. Fifty percent of the spots are awarded based on performance in each division for men and women, with the other half distributed randomly from a pool of all racers who finished under the maximum cutoff time of eight hours.

Full results from the race were not available by press time.