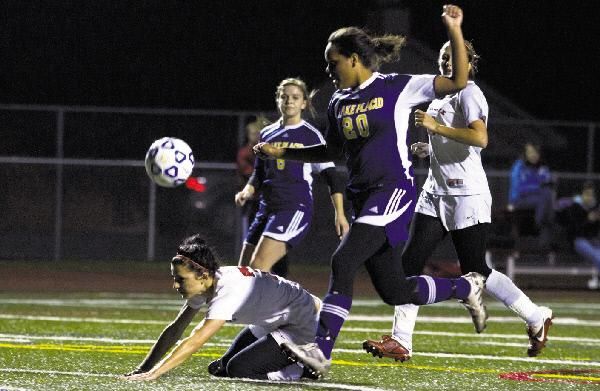 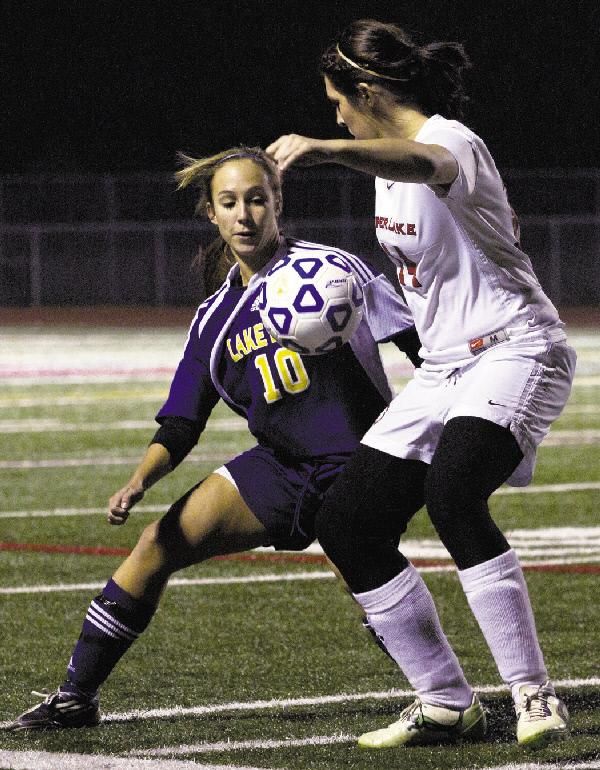 The Tupper Lake girls' soccer team found the back of the net with regularity during the regular season.

Goals, however, are harder to come as the Lumberbacks get deeper into the postseason.

But, for the second game in a row, the Lumberjacks used a penalty kick shootout to advance on — the latest being a win over Lake Placid Tuesday night in the opening round of the NYSPHSAA Class C Tournament.

The game before, Tupper Lake and top-seeded Brushton-Moira played to a 1-all standoff before the Lumberjacks won in penalty kicks to win the Section X title.

"Shootouts are all about confidence," Tupper Lake coach Russ Bartlett said. "You win one shootout, it then gives you that much more confidence in the next one.

"We created three or four good scoring chances in this game, but we're not scoring as many goals in the playoffs. The girls get a little tight."

The penalty kick shootout started out well for the Blue Bombers (10-4-4) when Carissa Kennedy scored for Lake Placid, while Tupper Lake's first shot went over the net.

But that would be the only goal for the Blue Bombers as the next two players sent shots over the net and Tupper Lake goaltender Kelsie St. Louis made a save on the fourth and final Lake Placid player.

Meanwhile, Katie Stuart, Carley Aldridge and Lizzy Zurek all scored for Tupper Lake, with Zurek's goal giving the Lumberjacks an insurmountable 3-1 lead with the fifth shooter on each team not needed.

"I felt we outplayed them — we gave it a good effort," Lake Placid coach Heather Brewer said. "We had our chances."

The Blue Bombers held an 11-7 advantage in shots. St. Louis finished with seven saves for the Lumberjacks and Liz Leff, who did well coming off her line to stop potential trouble on crosses and long balls sent in, had two stops for the Blue Bombers.

Neither team got off to a particularly good start.

"For the game, we played okay," Bartlett said. "But, we didn't start out well for the first 10-20 minutes of the game. Then we were able to get our legs."

"I didn't think we played well in the first 20 minutes of the first half," Brewer said. "We did play well the rest of the game."

Skylar Trivieri, the leading goal scorer for the Lumberjacks, played a strong game and had her team's best opportunities to score. But, her best chances went wide of the net.

Perhaps the best scoring chance for either team came seven minutes into the second half when Lake Placid's Payton Barney sent a low, hard shot on net from outside. But, St. Louis made a diving save to her left to preserve the shutout.

Lake Placid's Kendra Manning used her speed in the midfield to create some problems both offensively and defensively for the Lumberjacks.

"I felt we had the better chances, especially in overtime, but then it got to the penalty kicks," Brewer said.