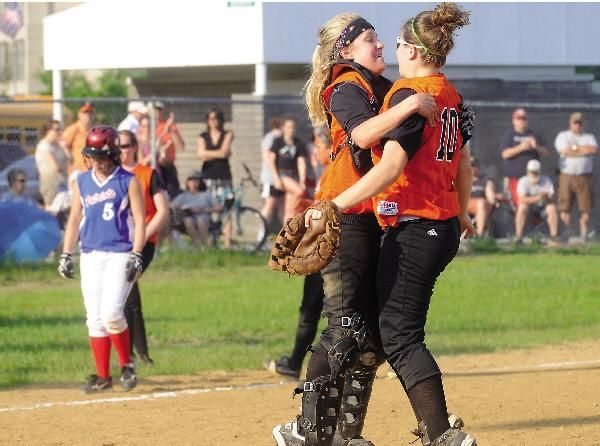 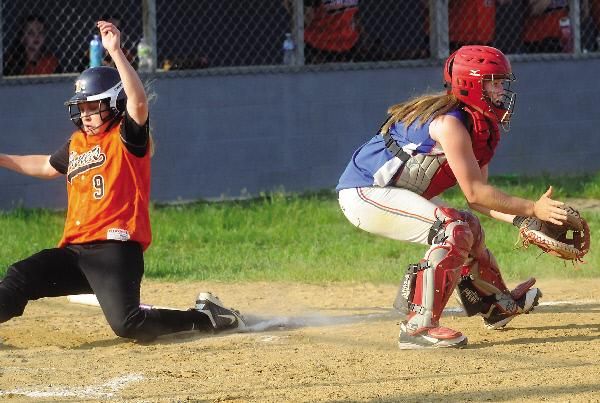 But in the bottom of the fourth, the top-seeded Hornets finally got going.

The Hornets, ranked 25th in the state, will play Peru Thursday at Plattsburgh State's Cardinal Park in a rematch of last season's title game.

Peru won 2-0, the second year in a row Plattsburgh fell in the title game.

"We've been to Cardinal Park, and that's one of our team's goals," Plattsburgh coach Vickie McMillan said. "Hopefully the third time's a charm. It will be a very entertaining game. Peru's a very good team."

Kristin Fisher struck out eight and walked two in a complete-game effort for the win.

AuSable Valley's Brittany Friedrich and Fisher were engaged in a pitcher's duel for the first three innings.

Fisher ran into trouble in the fourth, walking and hitting a batter to put two on, but got out of the inning unscathed.

She started the bottom of the frame with a single. With one out, Liz Mahan bunted and reached second after the throw to first was wide. Madison Trombley, the courtesy runner for Fisher, moved to third.

Duquette, who struck out on her last time up, blooped in a single to plate both runners.

"That was the first breaking of the ice, and then the next inning we went in and scored another four — a couple fielder's choices, that sort of thing," McMillan said.

Leading 6-2, the Hornets loaded the bases in the sixth inning. Fisher had a fielder's choice RBI, and Mahan added a two-run single that made it 9-2.

"AuSable Valley definitely gave us a run for our money," McMillan said. "It was a great game all the way through. We haven't had a four-error game all season.

"We made up for it with the bats, but it was a pretty tight game up until the fourth inning."

Charisse Abellard led the Plattsburgh (16-1) offense with three singles, and Fisher and Taylor McMahon each had two.

Alexis Facteau paced the Patriots (11-6) with two of the team's four hits, both singles.

"This will be the ultimate rubber match," McMillan said.

The second-seeded Indians carried a 5-0 lead into the fourth inning before Saranac Lake cut into its deficit with a run.

Peru (14-3), however, scored two more in the fifth inning, only to battle errors defensively for the remainder of the game as Saranac Lake (8-6) scored four runs over the final two innings.

Saranac Lake's Megan Kilroy, who had two hits, drove in two runs on a double in the fifth inning.

Taylor Rock had two hits for Peru, including a triple, and drove in a run.

Dani Dayton got the win at the mound, striking out seven batters.

"We're just looking for a good day of rest (today), then get ready for PHS," Peru coach Jason Brown coach said. "It should be a really good game Thursday."