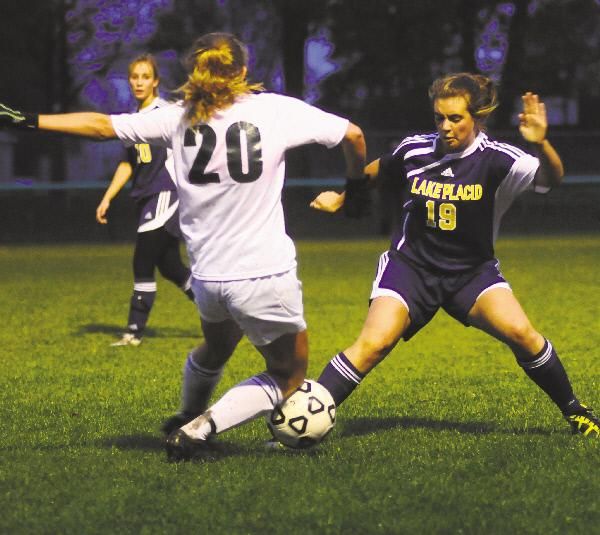 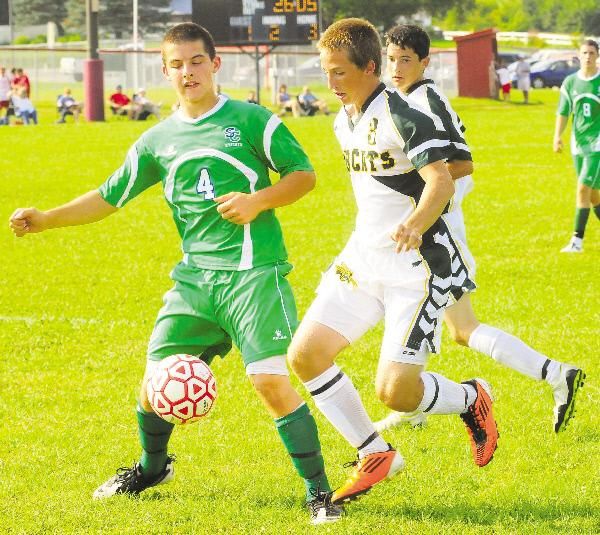 The Northern Adirondack boys' soccer team has made it to the state playoffs the past four years but have an overall youthful squad.

The Lake Placid girls' team will get a new experience since the Blue Bombers haven't made it past Section VII since 2005.

While Northern Adirondack has been a regular in the state tournament, the Bobcats lost 10 players off of last year's squad.

This year's NAC team, which features a youthful defense, has been battling with consistency.

"We have struggled all year with being inconsistent defensively," NAC coach Peter Kowalowski said. "That is where we're really young. Last year we had four seniors back there. This year we have two sophomores, a freshman and a junior, and all are brand new.

But the Bobcats are coming off a confidence-boosting win over Lake Placid in the Section VII title game. The Blue Bombers came in having scored seven goals in two contests that were split. The latest was a 4-3 win for Lake Placid.

In the title game, however, the Bobcats blanked the Blue Bombers in a 3-0 victory and limited them to mostly shots from outside the box.

It was the team's third shutout of the season.

"That was huge," Kowalowski said.

NAC is young, but the seniors they do have provided leadership, especially David Miller, a senior in his third year on the varsity. Kowalowski said Miller is the team's best player and a key reason the Bobcats have made it this far.

"He's been a positive leader every day, very vocal and he leads by example," Kowalowski said. "He can set an example and actually back it up."

Miller has eight goals this season.

NAC has scored 32 goals against 42 given up, though 11 of those game against defending state champion Chazy in the final game of the regular season.

Ethan Mousseau has 95 saves in goal for the Bobcats.

The Yellow Jackets were the No. 2 seed in Section X, with Brushton-Moira being the top seed.

The Yellow Jackets have allowed just 14 goals all season. Matt Kendall has 92 saves in net with an 87.6 save percentage.

Kowalowski hasn't seen Madrid-Waddington play in person but has received a scouting report.

"They're a strong defensive club and they got some speed up front," said Kowalowski, adding that the Yellow Jackets have a number of players who can score offensively. "We have our work cut out to mark all those kids if they can spread it out like that."

The Blue Bombers, ranked 20th in the state, avenged a close loss to Seton Catholic in the Section VII title game last year with a 3-0 victory last Thursday.

Lake Placid's strength this year has been its defense, which has allowed 17 goals in 17 games, with 10 of those coming in two losses to defending Class D state champion Chazy.

"All four are good players, but more importantly they play well as a unit," Brewer said. "They've become accustomed to each other in terms of backing each other up and being in the right spot."

Behind them is Liz Leff in goal. Leff, a junior, has 103 saves and seven shutouts, including one against the Knights in the title game.

"The team is confident in her goalkeeper abilities so that gives them some extra confidence," Brewer said.

While Lake Placid doesn't have a player with gaudy scoring numbers, the Blue Bombers have a number of players capable of finding the back of the net.

Payton Barney and Kendra Manning lead the team with 14 points each. Manning and Ayla Thompson each have a team-high five goals.

Against Seton Catholic, Haley Brandes tallied her first goal of the season.

"It's been more of a group effort," Brewer said. "But Kendra (Manning) in terms of goals has helped to spark the offense and Mackenzie Kemmerer as a forward provides pressure."

Lake Placid's defense will have its hands full with Tupper Lake, which has outscored opponents 48-27.

The Lumberjacks played Brushton-Moira to a 1-1 draw in the Section X Class C title game before advancing in penalty kicks.

It is Tupper Lake's first state appearance since 1996.

Brewer scouted the Lumberjacks in the Section X title game.

'They do have some talented forwards ... they have three kids that are in double digits for scoring," Brewer said. "That will definitely be something that we'll have to keep an eye on."

Tupper Lake goalkeeper Kelsie St. Louis has 93 saves and an 80.2 save percentage.

89, formerly of Peru, died peacefully in North Syracuse. She was born in Plattsburgh, the daughter of Walter and Estella Besaw. Local contact is the Hamilton Funeral Home in Peru.