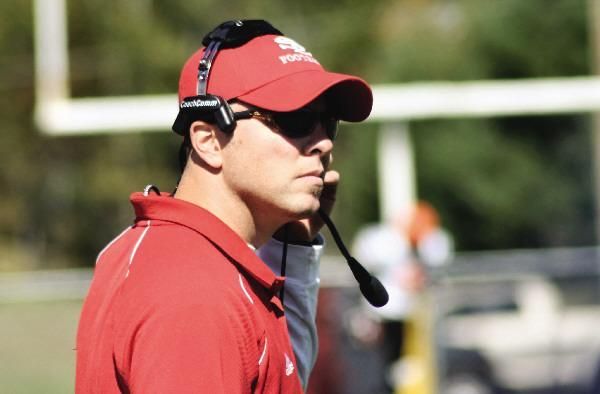 Eric Bennett, the new head coach of the Saranac Lake varsity football team, stands on the sideline during a football game in 2009. 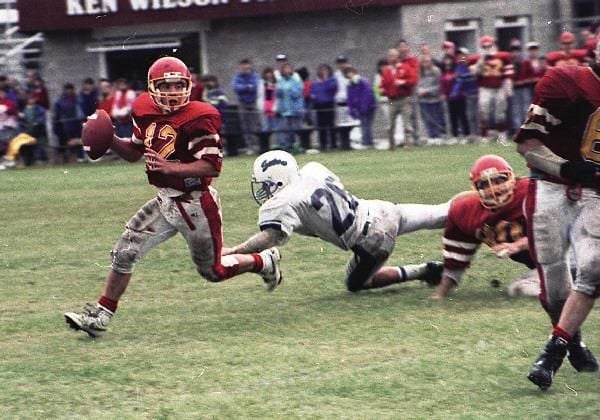 Eric Bennett, the new head coach of the Saranac Lake varsity football team, stands on the sideline during a football game in 2009.

When Mark Farmer made Eric Bennett Saranac Lake's offensive coordinator, Bennett asked him if he had to continue Farmer's run-heavy style.

Farmer told him to run what suited his personality, with one caveat: it better work.

"He did a lot of research and went to a lot of clinics to put in the spread offense," Farmer said. "He transformed us from being a plodding ground attack to being an explosive, wide-open attack.

"That shows you how much he's willing to work hard to make changes in the right areas."

Bennett, an English teacher at the high school, has taken over the Red Storm varsity football program. Farmer stepped down in November to focus on his duties as athletic director.

"I'm actually honored to take the reins here in Saranac Lake," Bennett said. "Much of our staff is Saranac Lake alumni, and we're excited to keep the program rolling. Hopefully we can have the success we've had in the past."

Bennett returned to Saranac Lake from Virginia in 2001 to take a teaching position, but he had no intentions to coach. He can't recall if it was that fall or the next, but he eventually approached JV coach Jim Hayden about helping out.

"He told me I could have as much or as little as I wanted and taught me a lot of football and gave me autonomy, and that's how I got rolling," Bennett said.

Saranac Lake averaged 37.1 points per game during the regular season in 2009, the best mark in the Northern Football Conference.

Farmer said he wanted to leave with a solid foundation in place for Bennett, as Saranac Lake legend John Raymond did for him.

"When I took over for John Raymond, he left me a good team," Farmer said. "When you're trying to figure things out as a head coach, it certainly helps to have talent, and he has a boat load of talent."

Bennett, 37, said Farmer has done an amazing job with the transition.

"There are a lot of guys that might just wash their hands with it," Bennett said. "He truly cares about the program. He's been there every step of the way."

The transition comes in the same year that Class C changes from six teams to three with the latest changes to enrollment numbers and class sizes. The Red Storm will have to get past AuSable Valley and Seton Catholic in 2010.

Bennett is excited about Saranac Lake's schedule, which features games against Malone and Beekmantown, the defending champions of Class A and Class B, respectively.

"We're playing some bigger schools and some smaller schools," he said. "It's a nice chance to get back into the CVAC a bit."

Bennett said he couldn't ask for a better situation than what he has with the Red Storm football program. Other communities, he said, would love to have what Saranac Lake has.

"It's a great opportunity to continue the tradition of Saranac Lake football," Bennett said. "I think because we are a younger staff we look at our roles as almost stewards of the program.

"We're here, who knows for how long, but while we're here we're going to work our tails off and do the best we can to do right by our community."