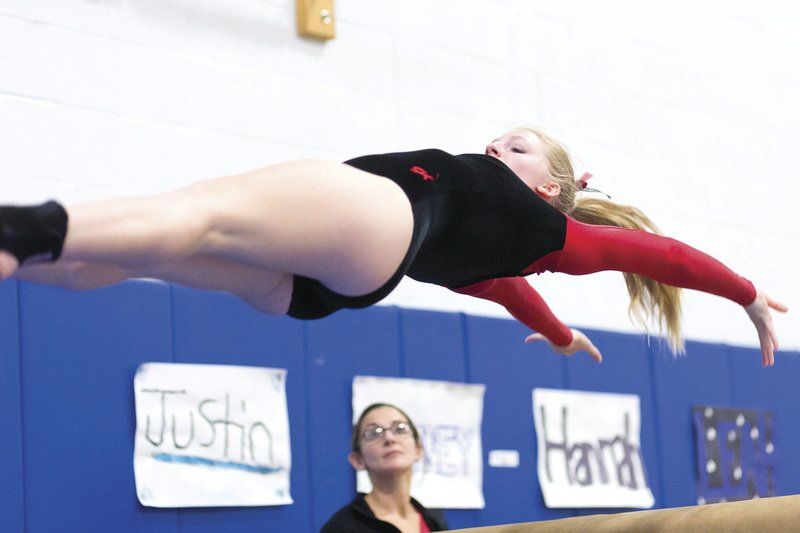 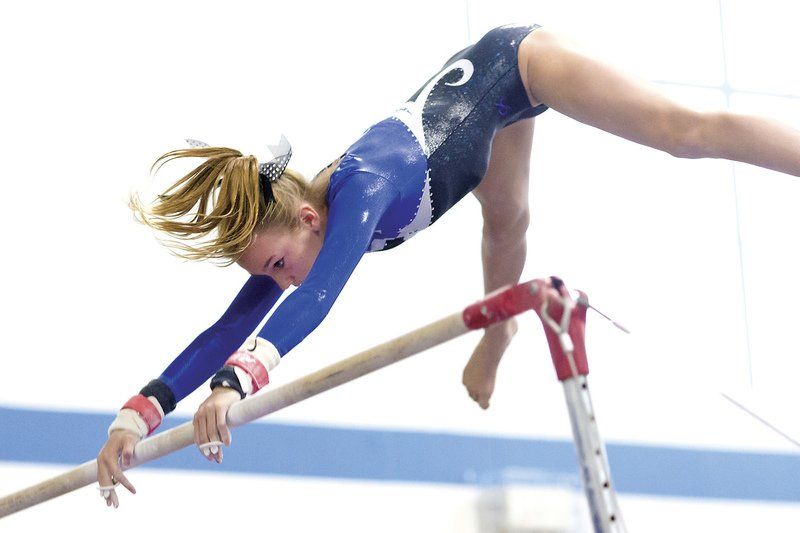 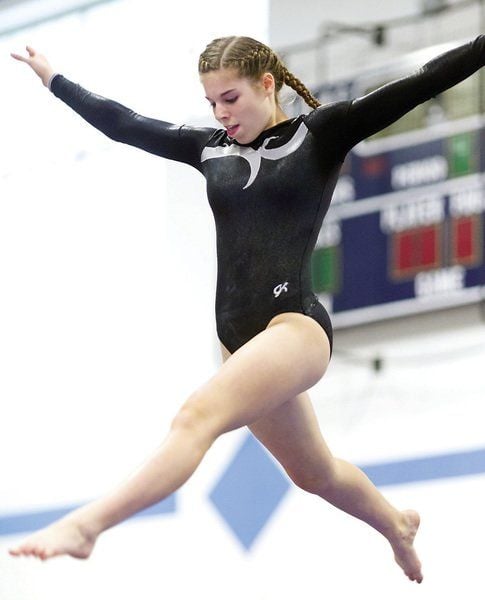 PERU — Delaney Brown had not been born yet the last time the Peru Indians won the Section VII championship in gymnastics.

But the talented seventh-grader made certain Saturday Peru would not have to wait any longer. She finished first in two disciplines and posted the high all-around score as the Indians rolled to their first sectional title since 2000 with 160.4 points. Plattsburgh High was second with 147.025 while Beekmantown was third with 146.525. The Eagles had worn the sectional crown for the last five years, but graduation had taken its toll on the defending champs.

Brown, who has been Peru’s leading scorer all season, saved her best for last with her 33.525 all-around number her best showing yet.

She had no idea this season would bring such success for her.

“I was really shocked,” Brown said. “I wasn’t expecting that many placements because I’m a seventh-grader, but it’s awesome and I’m really excited.”

“Last year I only went for one event, so it was great to go for all-around this year,” Timmons said. “It’s good after all the hard work this season.”

Freshman Alaina Bazzano finished just behind her in all-around, scoring 31.850 for fourth. She tied for first with Beekmantown’s Desiree Dashnaw in floor exercise with a 9.075. Bazzano also finished in second on the beam (8.5).

Peru head coach Krista Brown, Delaney’s mom, was excited about the all-around performance of her team in the meet and throughout the season.

“It feels amazing, and I can honestly say that I feel we had, I don’t want to say the perfect season, but close to the perfect season,” Krista Brown said. “We just kept building and building, adding things, adding difficulty, cleaning up our routines, fixing up our dance. And finally I have a team that peaked at sectionals, and 160 is our highest score all season, so we truly peaked at sectionals.”

Kailey Quackenbush was a strong and consistent performer for Beekmantown. She was the only performer other than Brown to finish in the top six in every event. She placed second in the all-around competition (32.55). She finished third on bars (7.35), fourth on beam (8.35) and floor (8.9) and sixth in vault (7.95).

Madison Baker was the lone Plattsburgh athlete to place in top six all-around with a score of 31.75, which was good enough for fifth place. She took third in beam and fifth in floor.

Alexandra Brown (7.1) and Kira Fisher (7.05) both placed in the bars, taking fourth and fifth, respectively. Justin Dick took second place in vault with an 8.125.

With a young team, Peru will be a strong favorite to repeat, something the Indians have yet to do in gymnastics. The Indians also won sectional titles in 1981 and 1994.

“I graduated two seniors from the team, but we have crazy depth for next year,” Krista Brown said. “Everyone who was in sectionals (Saturday) is back next year, and I usually inherit a few new ones, so to have youth, depth and talent on our side is amazing.”