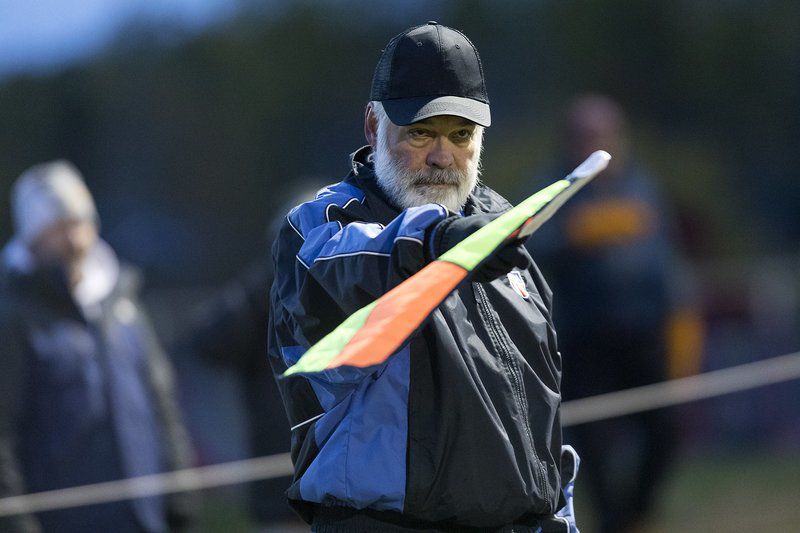 GABE DICKENS/P-R PhotoSoccer official Barry Norton, who has officiated for 38 years, will become the first-ever Section VII official to be inducted into the NYSPHSAA boys soccer Hall of Fame. 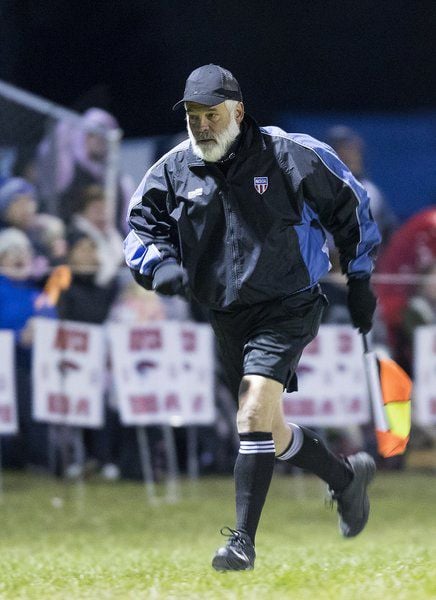 GABE DICKENS/P-R PhotoSoccer official Barry Norton, who has officiated for 38 years, will become the first-ever Section VII official to be inducted into the NYSPHSAA boys soccer Hall of Fame.

PLATTSBURGH — Barry Norton wanted to stay involved in soccer. So he became an official.

The NYSPHSAA Final Four in boys soccer will be held the weekend of November 10-11 in Middletown, and Norton will be honored at the annual banquet as Section VII’s third entry into the boys soccer state Hall of Fame.

“There are certain criteria for nominating someone,” McAuliffe said. “A person has to spend a lot of years in the sport, be at a high and successful level and give something back to the sport.

“Barry has given so much as an official, assignor and just a fan of the sport. He has officiated games on the modified, junior varsity and varsity levels, at sectional and state championships, and at the college level. Even when he’s not officiating, he is a fixture at big games. He has a true love for the game, and Section VII has been very fortunate to have him.”

Norton was surprised by the honor.

“I had no idea it was coming,” he said. “My family knew about it beforehand, but didn’t tell me. Our family is all pretty proud, however.”

Norton, who has also officiated high school basketball the past 15 years, played high school soccer at Elizabethtown-Lewis and took two years off before playing two years for SUNY Cobleskill.

During that time, he participated in summer men’s leagues in Elizabethtown and Plattsburgh. He has also coached his two sons in soccer.

“I started officiating when I was 26,” he said. “I started on the bottom like all new officials and worked my way up. I was doing varsity games in two or three years.”

And what has made it even more impressive is that Norton has Parkinson’s disease.

“I was diagnosed with Parkinson’s almost 10 years ago,” he said. “I was worried about how much longer I would be able to officiate. But I’m still able to do everything I did before, like ski and play golf.

“My doctor told me the best thing I can do for Parkinson’s is to exercise and stretch. And I do that all the time.”

“Overcoming Parkinson’s shows the character Barry has,” McAuliffe said. “It hasn’t slowed him down at all.”

How much longer does Norton plan to officiate?

“As long as I can still run,” he said. “I’ve done just about everything I can and know it’s winding down for me. I still enjoy helping younger officials any way I can.”