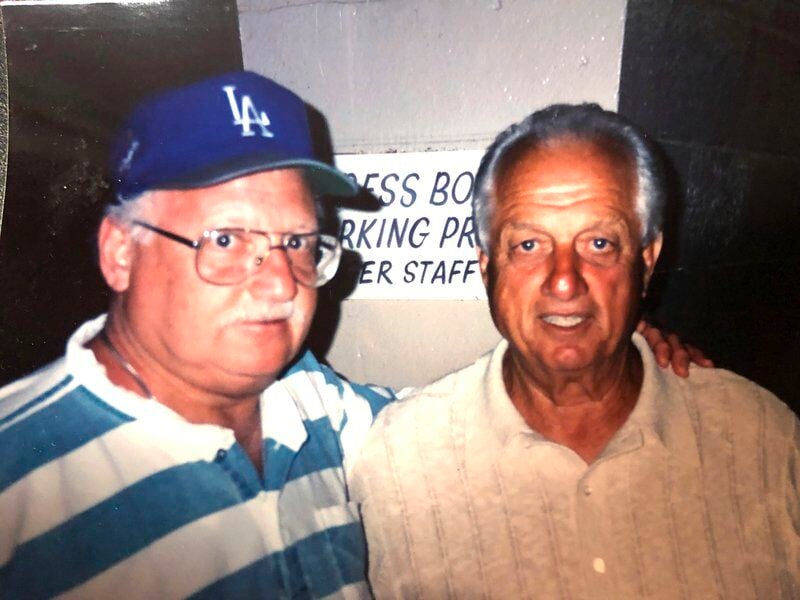 PHOTO PROVIDEDTom Douglas (left) poses for a photo with his hero Tommy Lasorda, the legendary manager of the Los Angeles Dodgers. 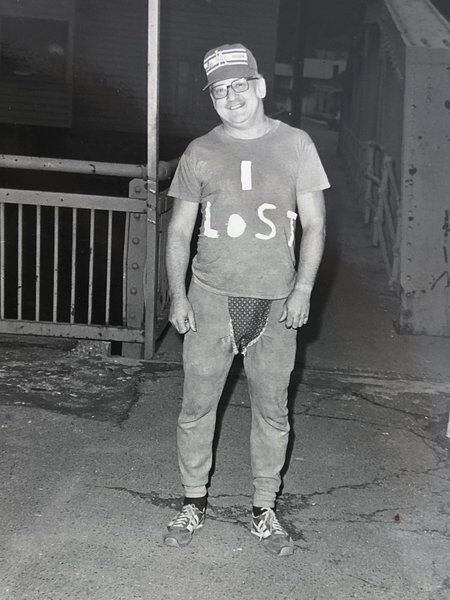 PHOTO PROVIDEDTom Douglas lost a bet with a friend in 1978 where he said the Dodgers would beat the Yankees in the World Series. As a result, he had to run in his underwear from bridge to bridge in Au Sable Forks. His attire can be seen here. 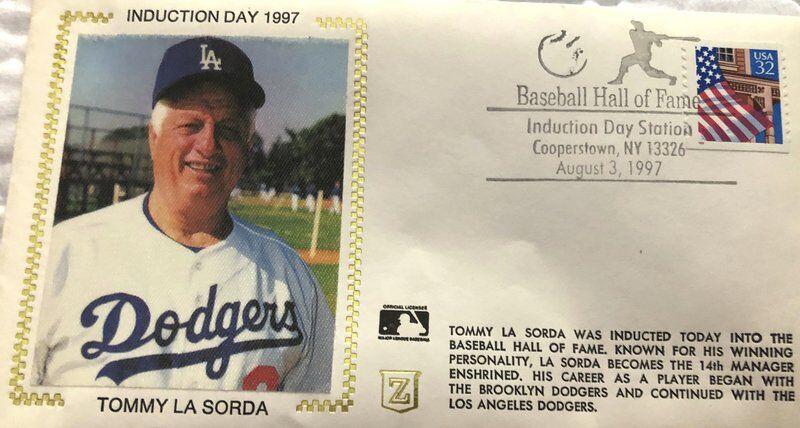 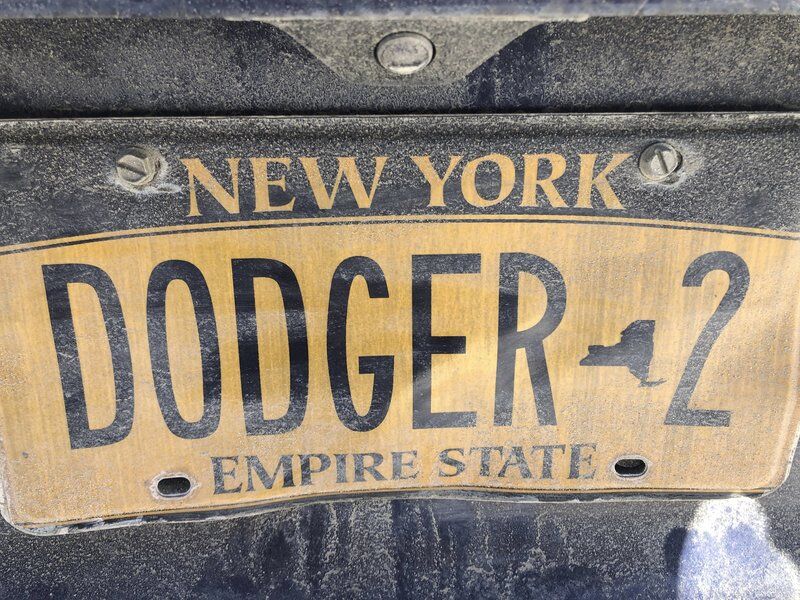 PHOTO PROVIDEDTom Douglas (left) poses for a photo with his hero Tommy Lasorda, the legendary manager of the Los Angeles Dodgers.

PHOTO PROVIDEDTom Douglas lost a bet with a friend in 1978 where he said the Dodgers would beat the Yankees in the World Series. As a result, he had to run in his underwear from bridge to bridge in Au Sable Forks. His attire can be seen here.

Douglas' father, Tom, passed away in 2000 and was a lifelong fan of the Dodgers and the Hall of Fame skipper.

"He was his hero," Douglas said. "There was no doubt about it."

Douglas, a Jay native, had a close bond with his father through their love of the Dodgers. That bond continued even after his dad passed thanks to Lasorda and the comparisons that he said could be drawn from the two.

Many around the region may remember Douglas' father as the Town of Jay supervisor from 1972-1980 and 1998-2000 as well as a sportswriter for the Adirondack Record Post where he earned the nickname "DugOut Tom" from his sports column.

He coached baseball at various levels and was known for his friendly presence within the community.

"People have been very nice in saying my father will be welcoming him into heaven with his Dodger cap on and excited to see him," Douglas said.

GETTING TO KNOW A LEGEND

Whether it was games in the regular season or spring training, the father-son duo made sure to go watch their Dodgers whenever possible.

Douglas would watch his father hang around at games afterward and wait to have a moment with his favorite manager.

"We'd go to games in Montreal all the time back in the day, and back then, it was a lot easier to wait around and see the players and managers after the game," Douglas said.

A well-known trait about Lasorda was his ability to connect with people, and the impressions he made on Douglas' father reinforced this.

"Even though he did not know him personally and they did not have a close relationship, they still got to know each other through the conversations they did have after games, and that was really special," Douglas said.

"It was only a couple minutes here or there, but the impact Tommy had on my dad was very strong."

In addition to attending games, the Douglas family went to Lasorda's Hall of Fame induction ceremony in 1997.

"We took my dad to that ceremony, and it was so special," Douglas said. "He got to take his photo with him and have another little conversation."

Moments like this were what established a connection between Lasorda and Douglas' father.

The fact Lasorda took the time to have a conversation and snap some photos with the Douglas family left a lasting impression.

If there's any doubt about how passionate Douglas' father was about the Dodgers, a cold October day in 1978 took care of that.

The Yankees and Dodgers met in the World Series that year, and prior to the series, he bet his friend and diehard Yankee fan Jim Booth that the Dodgers would win.

The loser of the bet would have to run down Main Street in Au Sable Forks from bridge to bridge in their underwear as church was getting out on a Saturday evening.

The Yankees ended up winning the World Series that year in six games, and the bet was fulfilled.

"My mother ended up making this long underwear and on the shirt it said, 'I lost,'" Douglas said. "The streets were lined with people to watch my father run. That was my father. He was all about having fun, making people laugh, doing for others and bringing a smile to peoples' faces. I was an eighth-grader at the time, and I will never forget that."

The last World Series Douglas' father saw the Dodgers win was in 1988.

The Dodgers meant so much to him that his license plate number was "DODGER2" honoring his love for his team as well as Lasorda whose number was 2.

Douglas now has his father's license plate and carries on his legacy and his love of the Dodgers and Lasorda.

The Dodgers won the World Series this past season in six games against the Tampa Bay Rays.

The series-clinching game turned out to be the last game Lasorda watched in person, and he always said he wanted to see the Dodgers win one more title.

"This year, especially in that final game, I paced and paced until that final out," Douglas said. "It meant a lot to me because it is something I got to share with my son and daughter, so the bond I had with my dad over the Dodgers has carried over to my own kids.

"Honestly I cried like a baby. I could not stop thinking about my dad and how much I miss him and how much I would have loved to be with him just one more time watching our beloved Dodgers win the title.

"He would have been so happy."