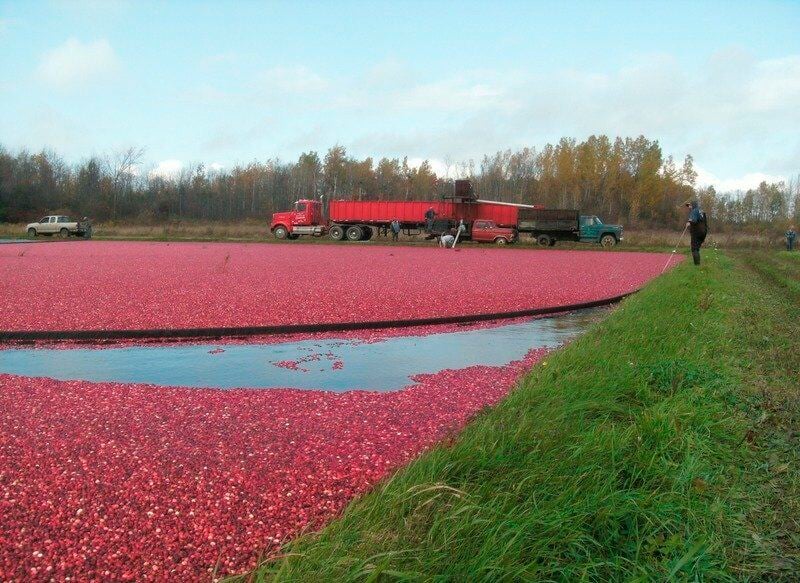 Gathering cranberries with a floating boom. 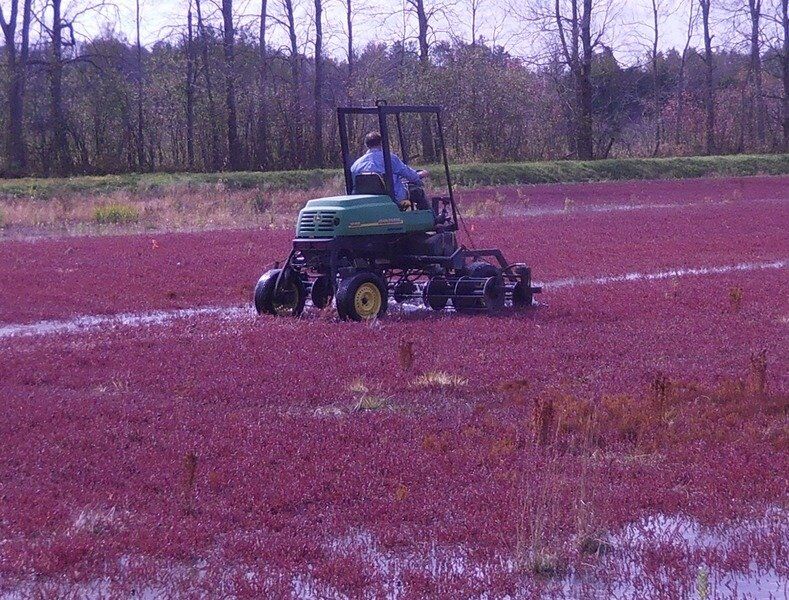 PHOTOS PROVIDEDWhen harvesting cranberries a machine with rotating reels on the front is used to agitate the water and release the berries from the vines. 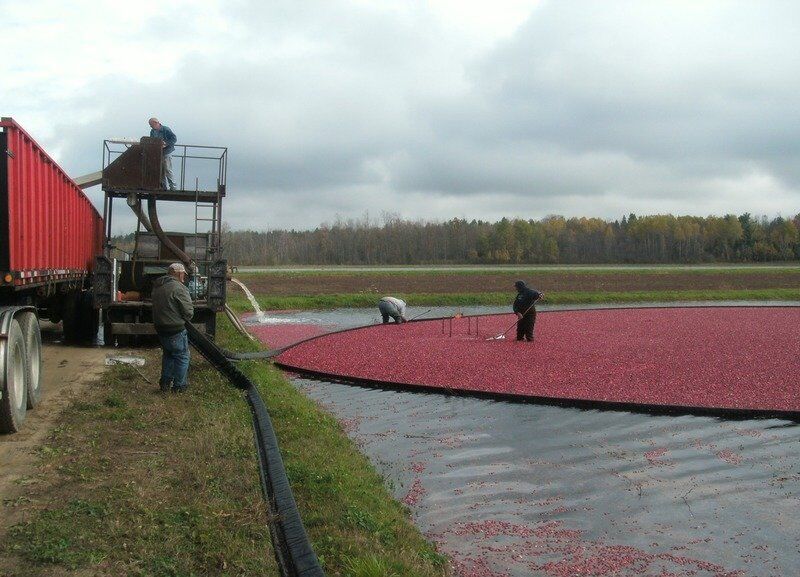 Once berries are rounded up they're pumped into a waiting truck through a machine which removes debris.

Gathering cranberries with a floating boom.

PHOTOS PROVIDEDWhen harvesting cranberries a machine with rotating reels on the front is used to agitate the water and release the berries from the vines.

Once berries are rounded up they're pumped into a waiting truck through a machine which removes debris.

The 2021 growing season is nearing an end. And, as the last of the greens, Brussels sprouts and turnips are taken from the ground, I’m grateful for the diverse variety of vegetables that family, friends, and neighbors have harvested, processed, stored and shared: everything from tomatoes, potatoes, summer squash, and zucchini, to Romanesco broccoli, Kohlrabi, purple cauliflower, tomatillos and blue dent corn.

Tree fruit and nut yields from both wild and cultivated trees were bountiful this year, too. Wild and cultivated herbs and edible medicinal plants are being readied for use as spices, teas, tinctures, and poultices. And the harvest of forage corn, hay, and beans, which will feed dairy and meat cattle in the months ahead is nearly complete.

Yet, as I consider all of the reaping, gathering, and collecting that I’ve done, seen, or experienced this season, there is one harvest, about to get underway, that stands out among the rest. Any day now, Peter Paquin, a veteran cranberry grower from Cape Cod, Massachusetts, will begin harvesting his crop of plump, ripe Northern New York-grown cranberries.

What Paquin has accomplished on 67 acres of former hayfield in the St. Lawrence County town of Brasher is truly remarkable. I’ve certainly never seen anything like it. You could say that he’s reclaimed the land, but in fact, it might be more appropriate to say that he’s terraformed tracts of land, approximately 5 to 7 acres at a time; to create man-made cranberry bogs; beds which produce a crop of red, ripe cranberries potentially worth several thousand dollars per acre.

Cranberry plants are actually trailing vines which produce buds that flower in the spring, after which the berries form and develop over the summer months. In early fall, once the berries have turned dark red, they can be harvested.

In conversation, Paquin told me that the heavy clay soil at his New York farm naturally impedes the vertical movement of water and, since the base layer of any man-made cranberry bed, or bog, must be impermeable, heavy clay soil is very desirable. Once a site has been leveled, 6 to 12 inches of sand are deposited on top of that clay base layer.

The sand layer must provide sufficient drainage for proper aeration, root development, and prevention of phytophthora root rot, a problem Paquin has encountered on occasion. He said that the sand he used was trucked from a pit located on property that he owns in South Bombay, approximately 10 miles west of the farm and further explained that soil pH within the bog must range between 4.0 and 5.0. Since the sand he used doesn’t fall into that range, he adds sulfur to make the adjustment.

When planting, Paquin used unrooted cuttings, which he gathered from already producing beds, and a planting machine and weighted roller to set the cuttings at a density of between 1 and 1.5 tons of cuttings to the acre. He explained that cuttings root easily and, if properly watered, each stem can produce up to 200 uprights per square foot. New plantings grow for three years before they bear harvestable fruit. Full production begins with the fourth year. From full bloom, it takes nearly three months for the berries to reach maturity. Once established, the plantings produce fruit indefinitely.

There are two methods that commercial cranberry growers use to harvest their crop; wet- or dry-picking.

Wet-picked berries are more prone to rot than dry-picked berries but, because wet-picking allows for quicker, more effective, and more economical harvesting, and since almost all harvested cranberries go directly into processing for juice, sauce, relish, jelly, concentrate, medicinal powder, etc., approximately 90% of the cranberries grown in North America are harvested using the wet-picking method.

Dry-picking is used only for berries sold as fresh fruit. With the exception of a very small quantity of fresh-market berries that are dry-picked using tools similar to blueberry rakes, Paquin’s entire crop is wet-picked for processing.

Before seeing it done, Paquin explained the wet-picking method to me like this. First, he floods his beds, effectively lifting the vines off of the sand. Then a machine with a rotating reel is used to agitate the water and dislodge the cranberries from the vines. Cranberries are full of air, so they readily float to the surface where they’re gathered up by encircling them with a floating ‘boom’ or skirt.

A pump is then used to remove the cranberries from the bed. They pass through a machine that removes debris and are deposited into a waiting truck which, once filled, delivers the load to a receiving station for further processing.

Once the winter sets in, most likely sometime in December, Paquin will flood his beds again. About a month later, the excess water will be drained off, leaving the vines protected under a layer of ice. Should the vines become exposed however, due to a mid-winter thaw, they can die.

For those interested in purchasing freshly-harvested cranberries, fresh-fruit sales are now available at the farm gate

Information and Registration: franklin.cce.cornell.edu – click on Cranberry Harvest Workshop in the Events Calendar

Arlene Jackson, 71, of Alexis Lane, Plattsburgh died Friday, October 22, 2021 at her home. Calling hours will be at the Chateaugay Funeral Home, October 27 from 1 to 3p.m. A full obituary can be viewed at www.chateaugayfuneralhome.com.