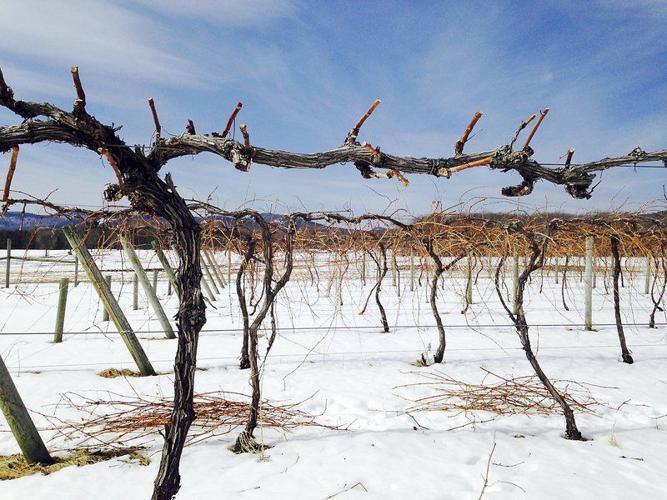 PHOTO PROVIDEDBreeders at the Cornell breeding program have spent decades developing vines that are specifically suited to cold temperatures. 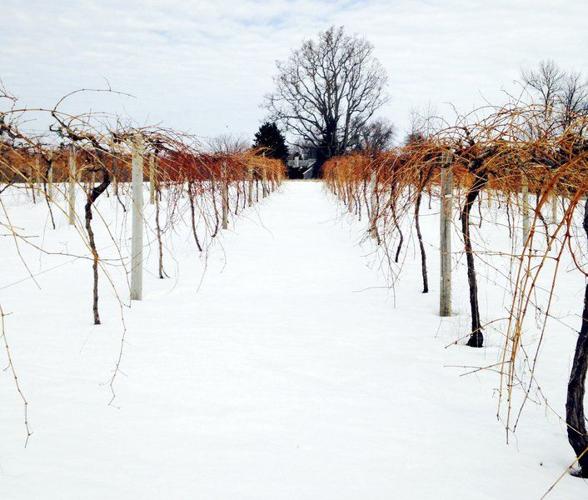 PHOTO PROVIDEDHere in the North Country, there is another class of grapevines: cold climate grapes.

PHOTO PROVIDEDBreeders at the Cornell breeding program have spent decades developing vines that are specifically suited to cold temperatures.

PHOTO PROVIDEDHere in the North Country, there is another class of grapevines: cold climate grapes.

How cold is too cold for a grape vine?

Temperature depends entirely on what kind of grape. It is also a defining characteristic of one of the world’s newest grape and wine regions — an industry growing in our backyard.

Wine grapes are typically classified into two groups based on growing region: warm climate and cool climate. Spain, Italy, Australia and California are the classic examples of warm climate regions, where temperatures are fairly consistent throughout the season (think Mediterranean — hot summers and winters where frost and snow is practically unknown). Cool climate regions include northern France and Italy, Germany, Oregon and the Finger Lakes region of New York. Summers are similar to warm climate regions, but winter lows can dip to zero.

Here in the North Country, where we’re accustomed to winter lows of minus-20, there is another class of grapevines: cold climate grapes.

Cold climate grapes are unique. They survive very low temperatures with minimal injury. Some varieties as low as minus-30.

How? It’s in their blood, so to speak. They are related to traditional wine grapes ("vitis vinifera" is the Latin name), but they also have American grapes in their background (vitis labrusca, vitis riparia). Breeders in Iowa, at the University of Minnesota and at the Cornell breeding program have spent decades developing vines that are specifically suited to cold temperatures.

Because of the wild grape heritage, they’re extremely vigorous plants. They require extra considerations for vine management. Special training and pruning methods are used to slow down vigor, balance fruit and shoot growth, and accommodate trailing or downward growth habit.

But these vines are also extremely resistant to disease. Fewer pesticides are needed to produce a healthy plant and a high quality crop. This is unique to most current grape production, which requires some of the highest levels of pesticide use of any agricultural sector in the world.

Wines produced from cold climate grapes also have distinct qualities. Marquette and Frontenac are two red varieties that have been winning awards across the country. They produce medium bodied wines with flavors of “cherry and black currant, blackberries, pepper, plum, tobacco, leather, and spice.” The popular white cold climate varieties Brianna and La Crescent both lend themselves to semi-sweet and off-dry styles, with very fruity pineapple, apricot and citrus qualities.

There are also a lot of things that happen in the vineyard that affect cold hardiness. Choosing an appropriate vineyard site — one without cold air pockets on a moderate slope, with lots of sun exposure — is essential. Training vines to a high wire system about six feet above the ground, as opposed to vertical shoot positioning used in traditional vineyards, can help, too. We all know cold air settles, but even keeping vines a few feet higher can have a remarkable impact on cold tolerance.

Keeping grape vines healthy is another critical step to protect them against cold damage; very much like us, when we’re not taking care of ourselves (eating healthy, getting lots of sleep, exercising) it’s much easier to get sick. Maintaining proper vine nutrition, protecting against disease and pruning at the right times go a long way in helping a vine prepare for the winter.

Terroir is a word used to describe the entire natural environment in which a vine is grown, partly responsible for the characteristic qualities of the wines produced in a specific region. Climate is an important part of terroir, along with the soils, terrain and sometimes the traditional practices used by winemakers in a region.

In Old World wine regions, terroir is of utmost importance. If you’re familiar with wine, you know that many are named based on the region rather than grape variety. Take Bordeaux, for example. It is a large area in France that uses merlot, cabernet sauvignon and cabernet franc grape varieties. Within Bordeaux, there are many regions like Medoc and Pomerol, known for the high quality of wine they produce. The name reflects the blend of grapes, the specific microclimate and soils, and the long legacy of winemaking practices used in the specific region.

The cold climate grape wine industry hasn’t established terroirs yet. To its credit, the industry is still in its infancy compared to Europe. But distinct wines are beginning to emerge from different cold climate regions, based on the natural features and the winemakers in each area. In time, terroir will almost certainly play a part in these wines.

And it may not take long. The cold climate industry is currently the fastest growing grape industry in the world. Production regions are primarily in northeastern America and the northern Midwest, with established industries in northern New York, Vermont, Michigan, Minnesota and Iowa.

The Adirondack Coast is in our very own region in the Champlain Valley of New York.