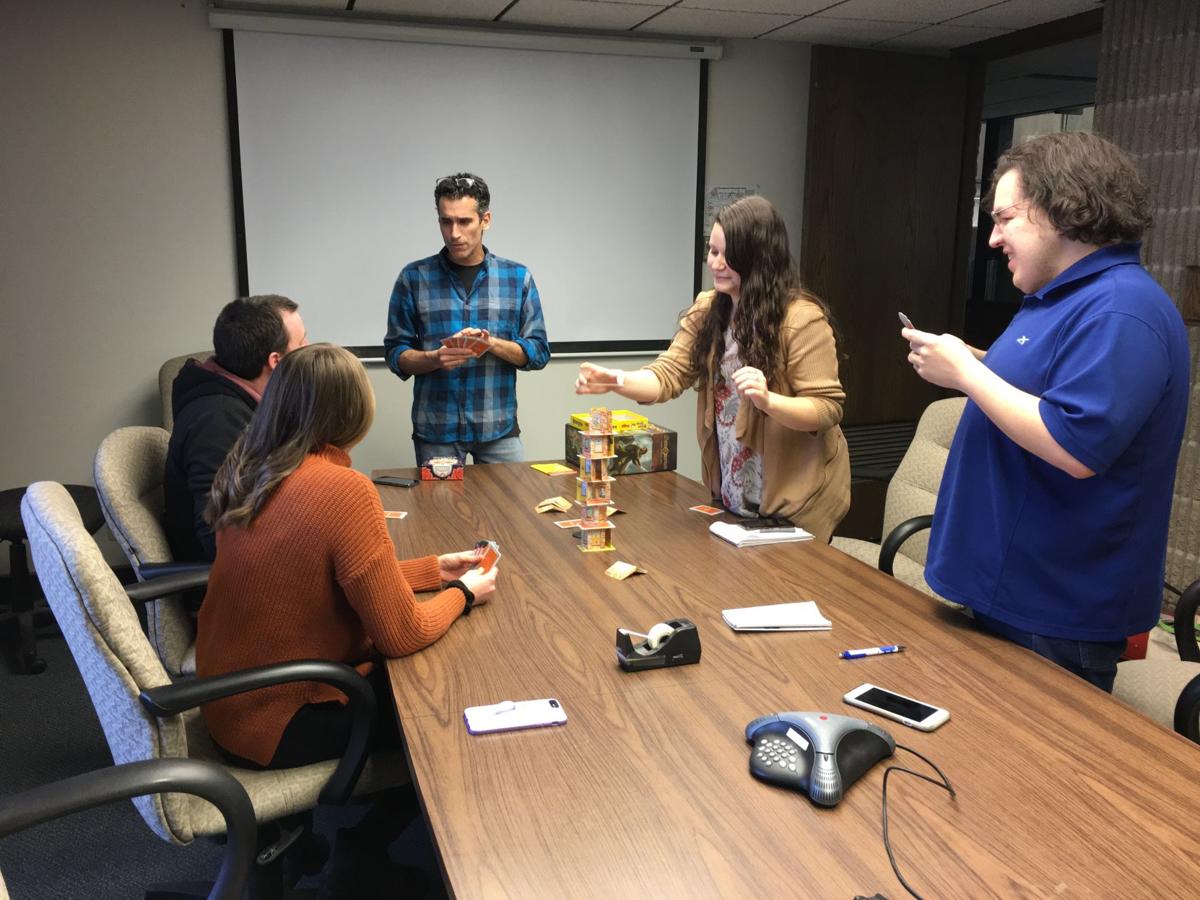 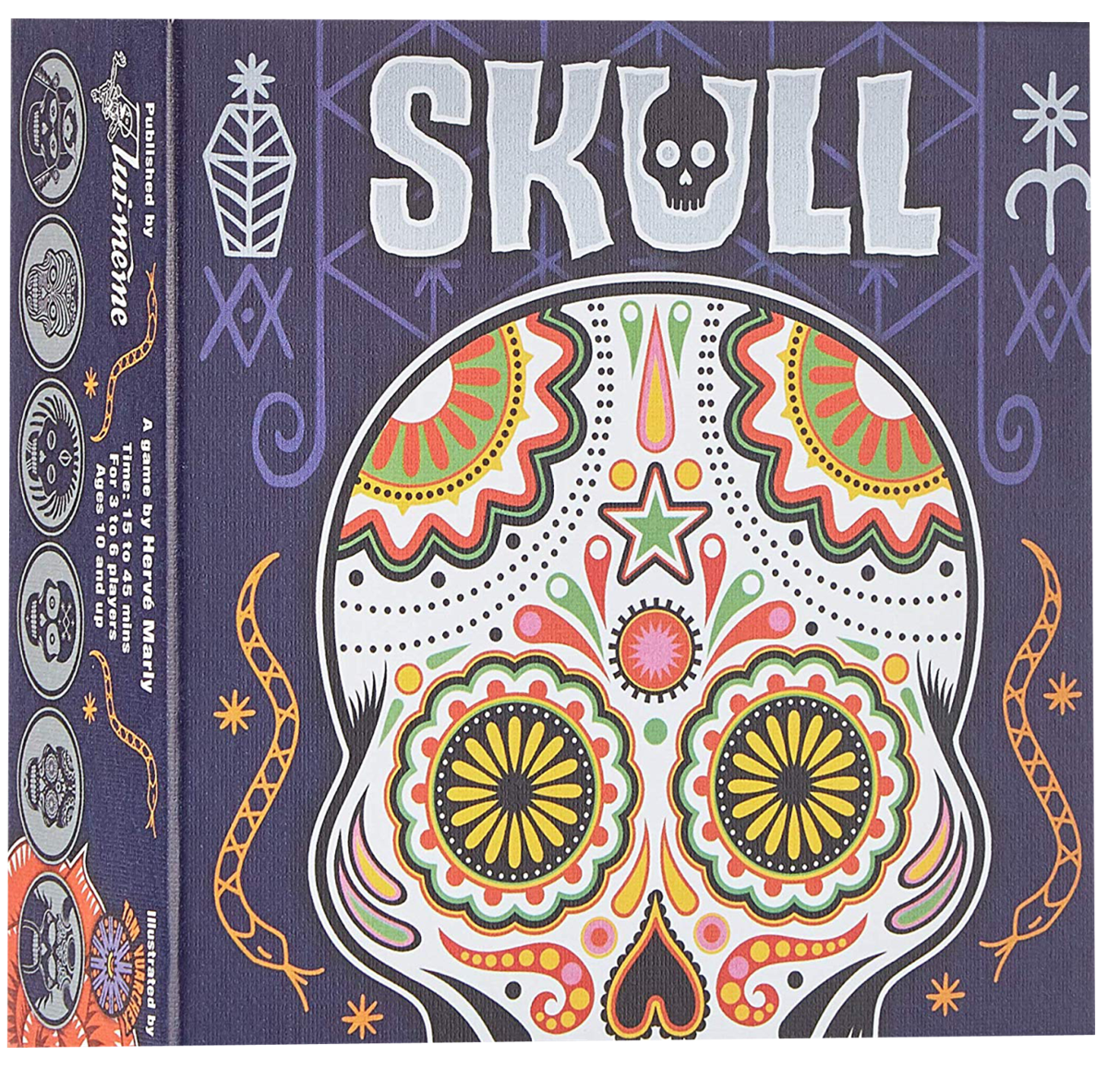 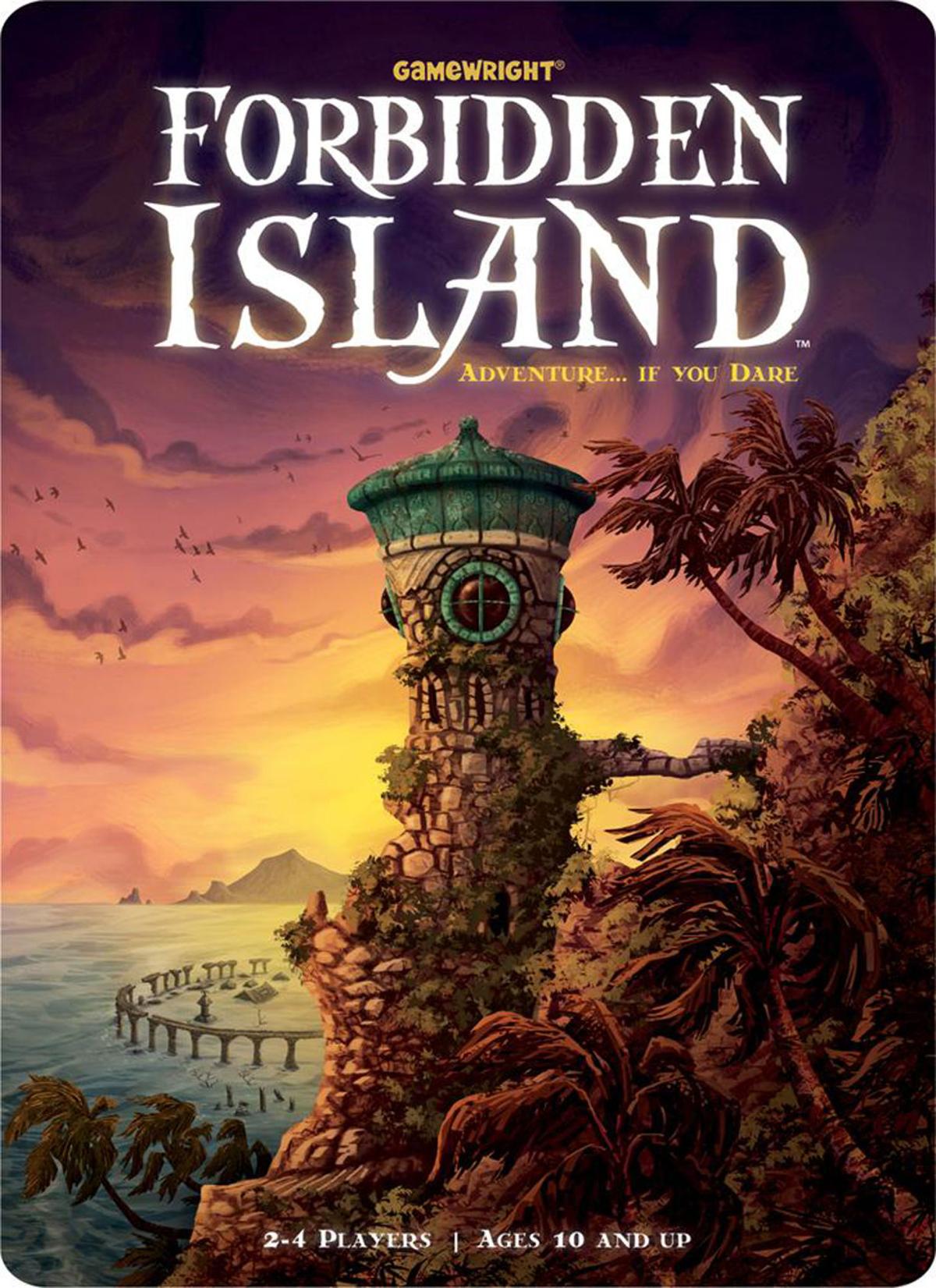 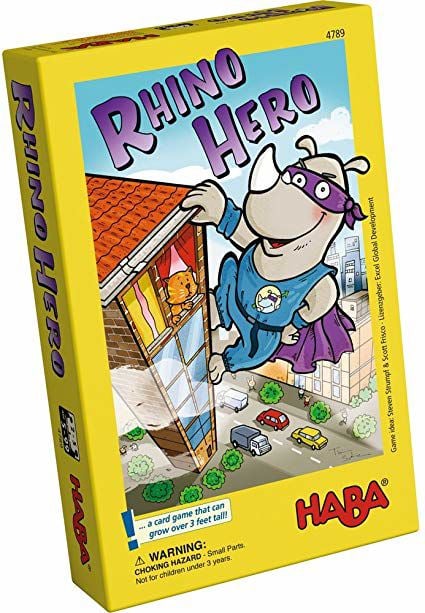 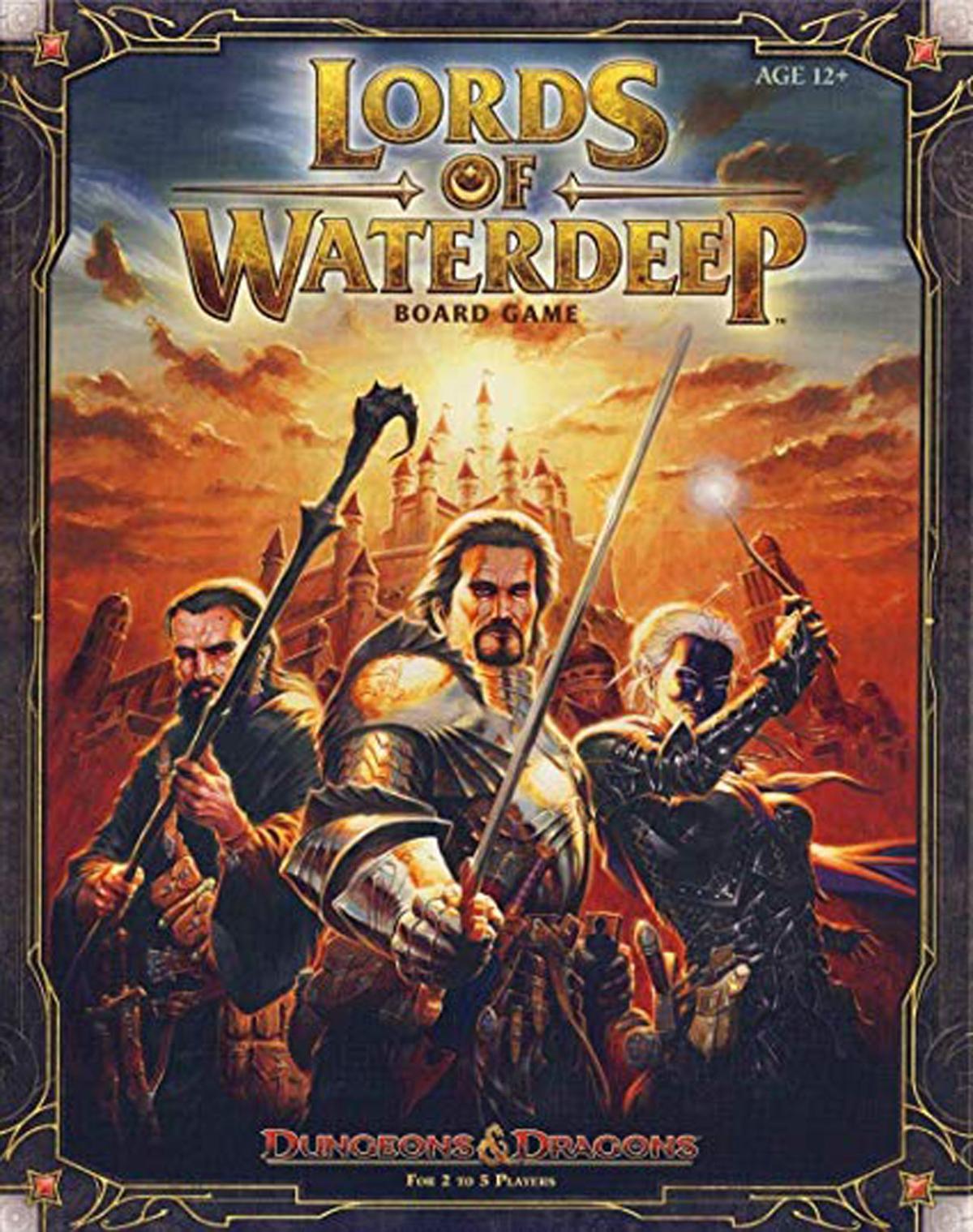 Manufacturer: WIZARDS OF THE COAST 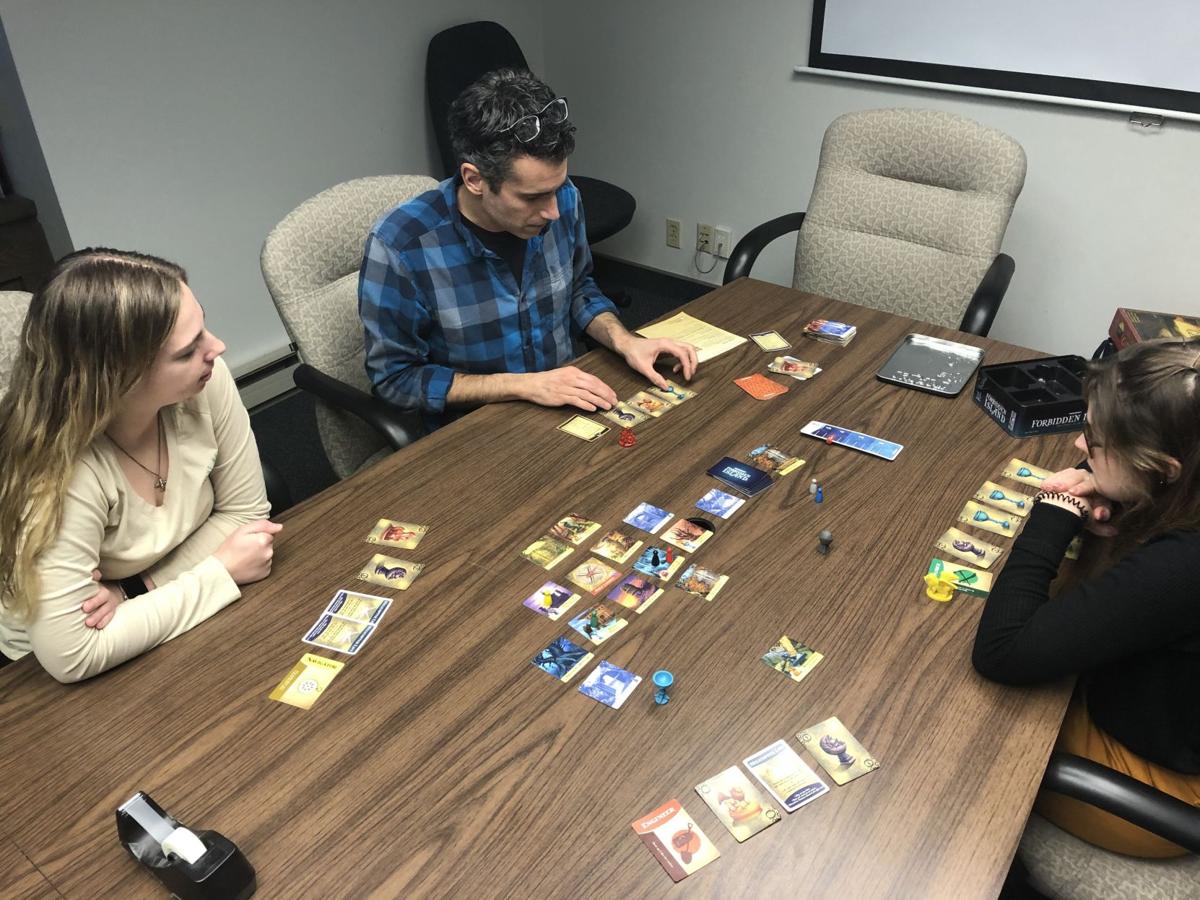 Manufacturer: WIZARDS OF THE COAST

The Press-Republican board room became a board game room recently as Jerry Girard and Nick Dubay, managers of local game nights, came together to play some of their favorites with the P-R staff.

Check out what they brought along and what our reporters thought about their times rolling the dice.

To play these games and more, check out these weekly game night events:

Though recommended for children five years and up, this stacking game had intense moments, similar to Hasbro’s fan-favorite Jenga.

If your hands got a little shakey or if you bumped the table ever-so-slightly — those cards were tumbling all the way down.

I would definitely play again, either with my younger siblings or at an adult game night with some alcoholic beverages to mix things up.

Easy to understand and get into, Rhino Hero works as a perfect ice-breaker game that combines the anticipation of Jenga with the diabolical nature of UNO.

You root both for and against your opponents as the tower grows higher and higher.

Though this version is made for children as young as five, people of all ages will have a great time trying to out-balance their fellow players and maintain

As someone who is very competitive when it comes to board games, this game forced me to work with the other players so that either everyone won, or no one did, and I was going to win.

It was challenging to figure out the best way to go about the game but once we all got a handle on it, it was simple.

This is a game I would gladly play again and I was happy to be able to help save my coworkers from imminent drowning on this fictional island.

With the help of my co-workers Ben and Sabrina, I traversed a sinking island, collected its treasure and escaped via helicopter all before the news section of the paper was even started.

This was nice because I am not the most competitive game player out there.. (cough cough Sabrina*)

This game was entertaining and required us to think on our toes. 10/10 would recommend.

As someone who personally identifies as a terrible liar, I was not sure how I would fare playing Skull, where players have to keep a straight face as others seek out their flowers and try to avoid their skulls.

Nick and Jerry showed us two versions, which definitely changed up the stakes and strategies of the game. Though it is easy and tempting to play things safe in Skull, you can only win if you put yourself out there.

I enjoyed taking the chance to try and read people and guess their strategies based on what I knew (or didn't know) about them — and with seven flowers I won the round!

Skull was possibly my favorite out of the three games that I tested.

It was quite the mental trip. Not only did you have to come up with (and remember) your own strategy, but you had to keep a straight face and guess your competitors’ strategies, all while making risky moves.

I have already put this in my Amazon cart and would recommend it to anyone looking for a quick game night addition.

Manufacturer: Wizards of the Coast

As you get older, the chance to learn something completely new does not often present itself.

That’s the opportunity The Lords of Waterdeep gave me as a game with an interesting plot, intriguing objectives and a competitive edge.

I am not at all familiar with the Dungeons & Dragons universe that encompasses Waterdeep, but Lords called to mind the Monopoly games of my youth in some aspects while adding more scarcity and incorporating harder-to-achieve — and thus more rewarding — tasks.

Add to that how it only goes for eight rounds and you have a great game night selection.

I absolutely see why Jerry numbers it among the top five games necessary for any collection.

Lords of Waterdeep was the most involved — and time-consuming — game that we tried.

Though we didn’t fully dive into all of its onion layers, I could tell it had the outline of my next favorite board game.

There were lords, tasks, strategies and, best of all, opportunities to trip up the games of fellow players.

I would love to take the time to play this one again and really learn its complexities.