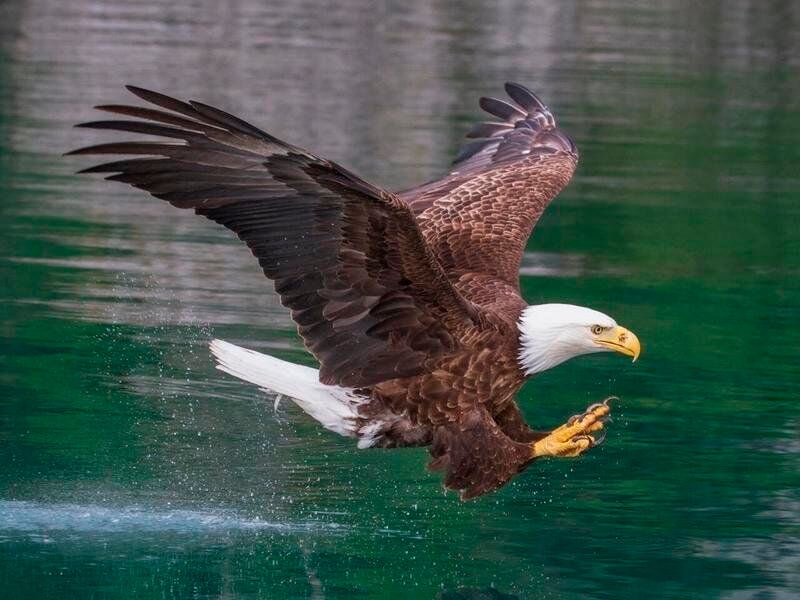 Scott Heidorn - Macaulay Library - Cornell Lab of Ornithology/PhotoAccording to the United States Fish and Wildlife Service, the bald eagle population in the lower 48 states has grown, since 2009, from just over 72,000, including roughly 30,000 breeding pairs, to an estimated 316,700 birds, something Secretary of the Interior, Deb Haaland, recently called, “truly a historic conservation success story.” 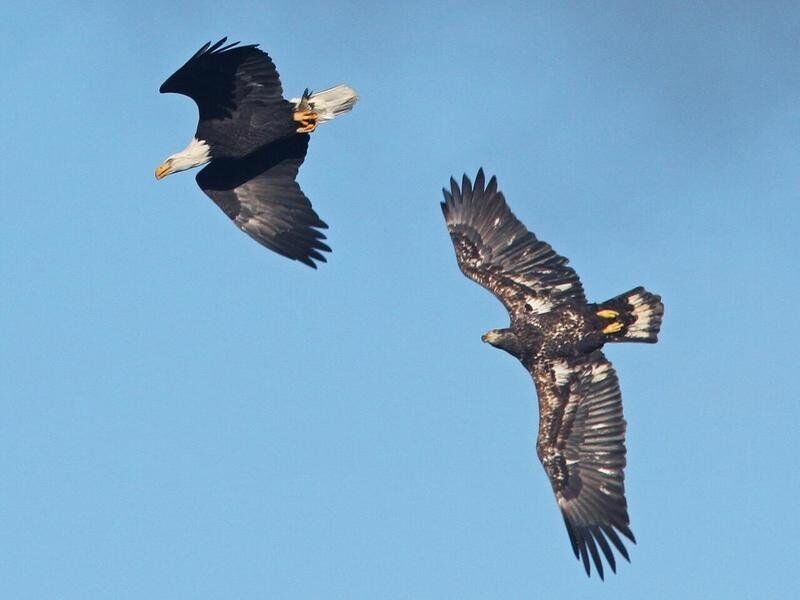 Scott Heidorn - Macaulay Library - Cornell Lab of Ornithology/PhotoAccording to the United States Fish and Wildlife Service, the bald eagle population in the lower 48 states has grown, since 2009, from just over 72,000, including roughly 30,000 breeding pairs, to an estimated 316,700 birds, something Secretary of the Interior, Deb Haaland, recently called, “truly a historic conservation success story.”

According to the United States Fish and Wildlife Service, the bald eagle population in the lower 48 states has grown, since 2009, from just over 72,000, including roughly 30,000 breeding pairs, to an estimated 316,700 birds, something Secretary of the Interior, Deb Haaland, recently called, “truly a historic conservation success story.”

At the start of the 20th century, New York was home to more than 70 nesting pairs of bald eagles and was the wintering ground for several hundred. But by 1960, only one nesting pair remained and a scant few dozen overwintered here. Today however, as a result of protection and active management, New York State is home to more than 426 occupied bald eagle nest sites. (Source: New York Natural Heritage Program; a partnership between the State University of New York College of Environmental Science and Forestry and New York State Department of Environmental Conservation (DEC).

The bald eagle; the only eagle unique to North America; is among the largest raptors found on the continent; standing about 30 inches tall and sporting a six- to seven-foot wingspan. Because their bones are hollow and much lighter than the bones of mammals, and the bulk of their size is in their feathers, bald eagles weigh only between 8 and 14 pounds; making them markedly lighter than they appear.

They may live for 30 years or more in the wild. Pairs mate for life, selecting nesting territories which they use throughout their lives; most often within 250 miles of the area in which they fledged. They frequently return to the same nest year after year, producing one or two offspring annually. Nests are commonly located far above the ground, in tall, live white pines growing at or near the water’s edge.

In New York, the young fledge by mid- to late-summer, at about 12-weeks old. By 20-weeks they are largely independent. When courting, a pair of bald eagles will lock their talons together at high altitudes and then free-fall; tumbling toward the earth below, finally breaking their hold on one another as they approach the ground.

As winter sets in and our lakes and rivers freeze, many of the bald eagles nesting in our region start their migration to areas of open fresh water or to the Atlantic coast. They ride columns of rising air, called thermals, to altitudes as high as 10,000 feet, spiraling as they ascend. When the updraft diminishes, they select their direction and soar straight ahead, achieving speeds of 30 to 35 mph in a controlled descent, lower and lower, until they come upon another thermal updraft and start to climb, once again.

In 1782, when the bald eagle was declared America's national symbol, there were hundreds of thousands of them living across the continent. But they were hunted for sport and for their feathers, which were used in trade. The federal government, believing eagles were a threat to livestock, placed bounties on both bald and golden eagles. And, as the human population increased, essential food sources (waterfowl and fish) were depleted. Hunting and harvesting continued until the Bald Eagle Protection Act, which prohibited the killing or selling of bald eagles, was enacted in 1940.

Their numbers continued to decline however, primarily because of the use of the now-banned pesticide DDT, which washed into waterways and collected in the fatty tissues of fish. Eagles ingesting contaminated fish became sterile, or laid eggs with shells so fragile that they fractured under the weight of incubating adults. By the mid-1960s, barely 400 nesting pairs of bald eagles survived in the 48 contiguous states. None lived in northern New York.

In 1976, working with the US Fish and Wildlife Service and Dr. Tom Cade of Cornell University’s Laboratory of Ornithology, a team of DEC specialists took on the task of repopulating New York State with bald eagles; a process known as "hacking." The team placed pre-fledging eaglets, obtained from the wild in other states, in cages on nesting platforms within Montezuma National Wildlife Refuge, just north of Cayuga Lake, where they fed and watched over them from blinds, so the young eagles wouldn’t lose their fear of humans. Once their feathers were fully developed, they were allowed to fledge. In 1980, the first two eagles released at Montezuma were found nesting near Watertown. They hatched two eaglets and fledged one.

In 1981, DEC eagle biologist Peter Nye brought eaglets from the wilds of Alaska to New York for release into the Adirondacks. Hacking towers were established at the south end of Follensby Pond, east of Tupper Lake, in an area previously known to be an eagle nesting site.

New York’s bald eagle restoration program ended successfully in 1989 and their numbers continued to increase. The bald eagle was removed from the endangered species list in 2007.

Golden eagles once nested in the Adirondacks too, in small numbers. According to DEC, there are still some breeding pairs found in eastern Canada. They are occasionally seen in northern NY during their fall and spring migrations. Juvenile bald eagles are sometimes mistakenly identified as immature golden eagles.

Incidentally, the word ‘bald’ in bald eagle is shortened from the word ‘piebald’, which means spotted or patched, especially in black and white.

If you see someone harassing or injuring an eagle, or if you spot destruction of eagle habitat or find an injured or dead eagle, please report it immediately to DEC's Wildlife Diversity Unit in Albany, by calling 518-402-8920.