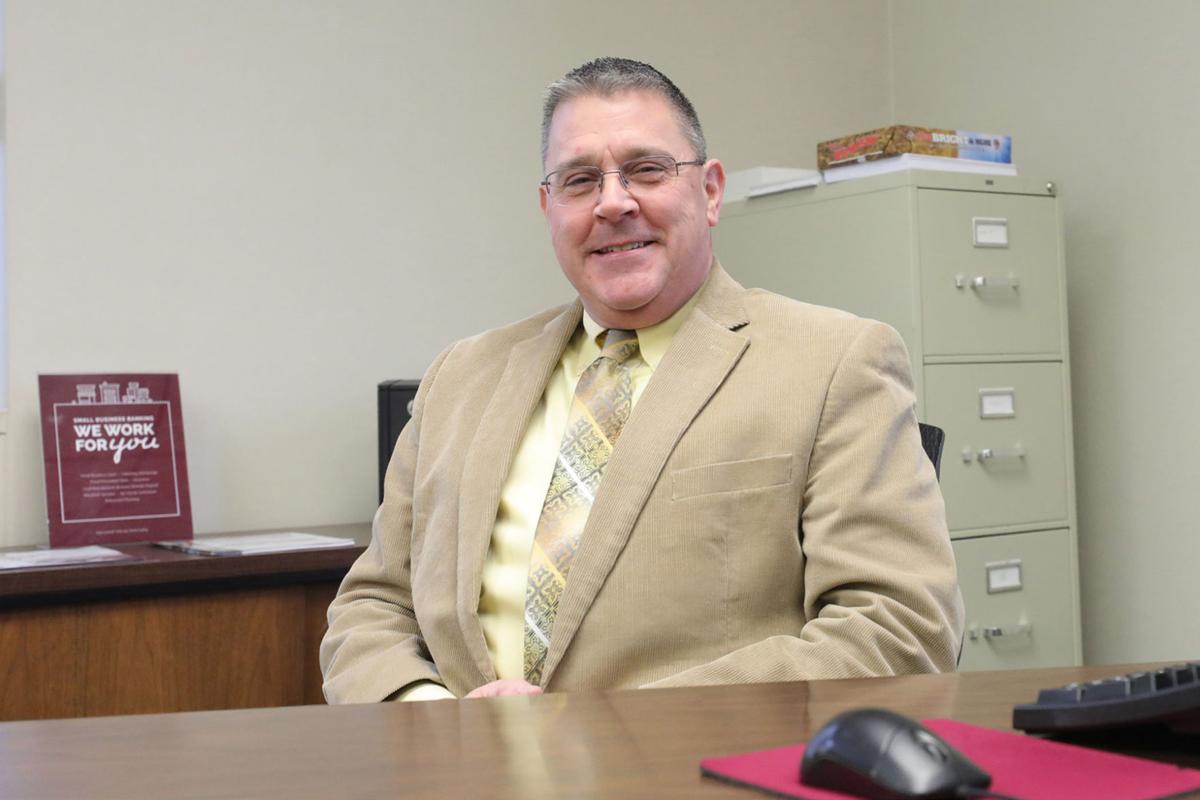 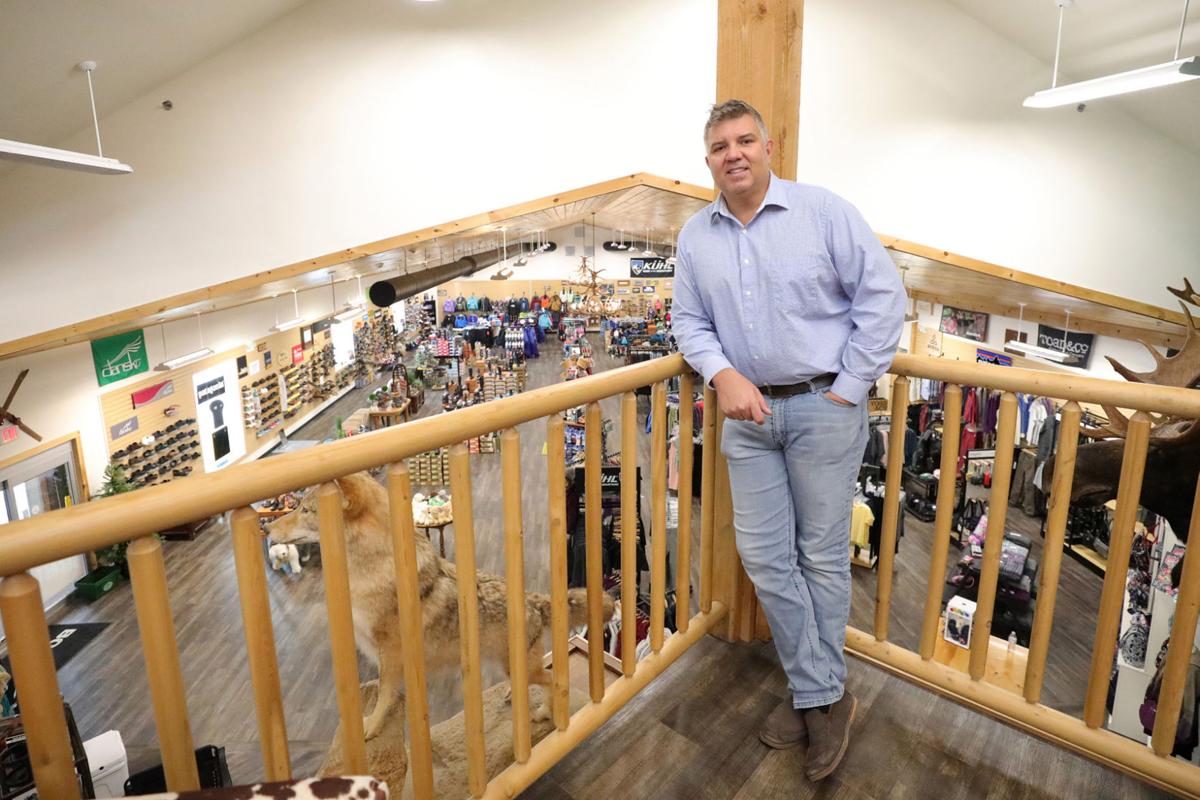 Owner Todd McCarthy poses from the loft of Lenny’s Shoe and Apparel in Plattsburgh. 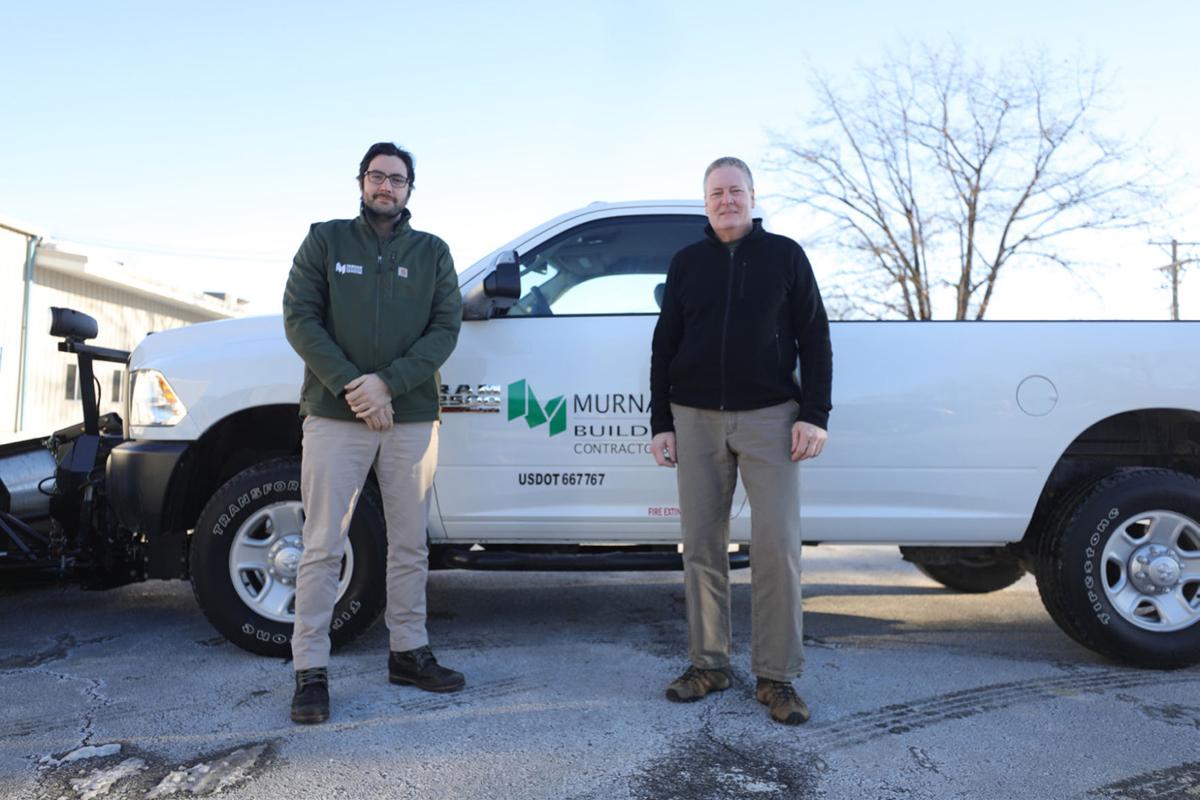 Murnane Building Contractors President Patrick “Pat I” Murnane (right) poses with son and project manager Patrick “Pat II” Murnane in front of a work truck outside of their Plattsburgh office.

Owner Todd McCarthy poses from the loft of Lenny’s Shoe and Apparel in Plattsburgh.

Murnane Building Contractors President Patrick “Pat I” Murnane (right) poses with son and project manager Patrick “Pat II” Murnane in front of a work truck outside of their Plattsburgh office.

PLATTSBURGH — The four recipients of the 2018 North Country Chamber of Commerce awards have much in common.

Passion for their work and their community could top the list.

Honored at the 107th Chamber Dinner held at the West Side Ball Room on Jan. 25 were: Businessperson of the Year John VanNatten of Glens Falls National Bank; Business of the Year Murnane Building Contractors; Small Business of the Year Lenny's Shoe and Apparel; and Todd Giroux of Giroux Family Farm, who took home the Trailblazer Award.

Giroux Family Farm owner and Clinton County Farm Bureau President Todd Giroux says working in the dairy industry has been, and continues to be, a tough gig.

But after a July 2017 fire reduced his cattle barn on Route 22 in Beekmantown to ashes, he didn't back out of the business.

"Farming is something that's in you, and it's hard to get it out of your system," he said.

So the SUNY Cobleskill graduate had the barn rebuilt and installed Clinton County's first milking robots.

"I'm trying to be in it for the long haul," Giroux said. "It's pretty nerve-wracking at the moment — I'm not going to lie."

It was Giroux's determination that earned him the North Country Chamber of Commerce 2019 Trailblazer Award.

"To hear that people think that you're a trailblazer is kind of cool."

As Farm Bureau president, Giroux has also been an advocate for fellow dairy farmers at a time when milk prices continue to decrease.

"It was to highlight to our local people what was happening," he said. "The plight of the farmer, how bad it actually is out there and the ramification to our community.

"If we keep losing farms — people don't realize how much the 'ag' dollar goes around in our area."

"So we can help farmers get ahead instead of falling further behind," he said. "That's the big dream and big hope."

Though Giroux took over the business from his father, Joe, he isn't so sure his 8-year-old daughter, Abigail, wants to follow in her dad's footsteps.

"My daughter will tell you she's a princess girl, not a farm girl," he said. "That being said, last summer there were no cows pasturing around the house, and she missed it.

"So I'm hoping I have a chance somewhere, but I have a long way to go."

BUSINESS OF THE YEAR

President Patrick "Pat I" Murnane I and sister Darcy took over their father Jim's business back in 1986.

Now, though Darcy retired in 2013, the North Country Chamber of Commerce 2019 Business of the Year is still a family affair with Pat I's sons, Patrick "Pat II" and Mike, each in leadership roles.

Pat I thinks his father would be proud of the chamber award.

"But my dad was never one to rest on his laurels," he said. "He would always try to find something that we could do better.

"That's what we try to do, too. We're proud of our accomplishments, and we're very humbled by the award, but we still think there's lots of work to accomplish.

"That's why I love to have Pat and Mike working with me, because they keep pushing me to improve our company and do things better."

The first Murnane office opened in Plattsburgh, but the company now has locations in Clifton Park, East Syracuse and Whitesboro, as well.

The group does commercial and industrial construction for state and municipal government agencies, including the State Department of Transportation and Dormitory Authority of the State of New York.

A highlight of Pat I's career has been work on the Plattsburgh International Airport terminal.

"The renovations were extremely challenging, because we had to keep the airport terminal in operation while we built the brand new terminal all around it," he said.

"That has been a tremendous success and a big economic driver for the whole region."

Pat I said he found out about the chamber award at the perfect time.

"I was having a particularly bad day at work," he remembered. "It kind of made my day.

"Sometimes you have those challenging, tough days, and when you hear something like this, it kind of validates the hard work that we do."

But the company president gives all the credit to the 300-plus employees.

“I think about all of the employees that work so hard to deliver projects and make us all look good," he said.

"We can stand back and take credit, but it's really our employees and the people that build the buildings that deserve the credit.”

SMALL BUSINESS OF THE YEAR

On the other side of the coin, Lenny's Shoe and Apparel at 285 Tom Miller Road in Plattsburgh received the chamber's 2019 Small Business of the Year Award.

Owner Todd McCarthy said that location, which opened in 2013, has under 20 employees.

The small company was started by McCarthy's dad, Leonard "Lenny," in 1990 when he opened the first shop in Vermont.

The chain now has five stores, four of which sit on other side of Lake Champlain.

McCarthy's brother Mark stayed in the family's home state to work the business there, but McCarthy was drawn to New York by his partner, Walker Funeral Home owner Trevor Rabideau.

And so, a Lenny's shop came to Plattsburgh, McCarthy said.

Lenny's Shoe and Apparel is not a retailer you'd find in a mall setting, he said.

"We consider ourselves a destination store," he explained. "I think people have habits, and they have shopping habits definitely.

"It was our goal and its our intention to change people's shopping habits and have them come here."

McCarthy doesn't think this choice has hindered the Lenny's business at all.

"Independent brick and mortars, under our model — I think they'll be the only ones that survive," he said.

Receiving the chamber's award was an honor to the small business, McCarthy said.

He chaired United Way of the Adirondack Region's 2018 campaign and said his employees are out helping in the community as well.

"We try to get involved as much as we can," he said. “We're not philanthropists, but the better we do, the more we can give back."

BUSINESSPERSON OF THE YEAR

The North Country Chamber of Commerce's 2019 Businessperson of the Year has a similar outlook.

"We were meeting with the hospital, and they were expanding their hospital rooms at the time and were looking for donations, and the bank made a sizable donation," VanNatten said.

"I remember the (bank) president at the time saying, 'When you give to your community, what we get back is multiple.'"

So VanNatten has stayed involved in economic affairs in the community, chairing boards for such groups as North Country Chamber of Commerce and New York Workforce Development.

"By my being able to help in some way, it just really helps the overall economy," he said. “It comes full circle.”

The Capital Region native hadn't ever intended to live this far north in the state.

So when his wife, Lisa, who grew up in the Clinton County area, told him she had an interview at University of Vermont Health Network, Champlain Valley Physician's Hospital, VanNatten told her: "Go ahead. But remember, we're never moving to Plattsburgh."

After living in the area for 19 years, VanNatten said he couldn't be happier.

“It's a great place to raise kids," he said, mentioning his three sons: Joshua, Cameron and Andrew. "We have good quality schools and good sports programs.”

VanNatten was notified of the award by Chamber President Garry Douglas, who sent him a text message that read: "Need to see you."

"I jokingly said I was either in trouble or he needed money," VanNatten said with a laugh. "But I showed up, and I was really in awe. I never expected it."

The honor comes as he enters his 34th year of banking-industry experience.

As the bank's business development officer, VanNatten is tasked with bringing in new business opportunities, like commercial loans and retirement plans.

"I spend a lot of time just getting to know people in the community so that when those opportunities come up, I'm the guy they think of," he said.

“I'll be doing a lot more of that this year.”