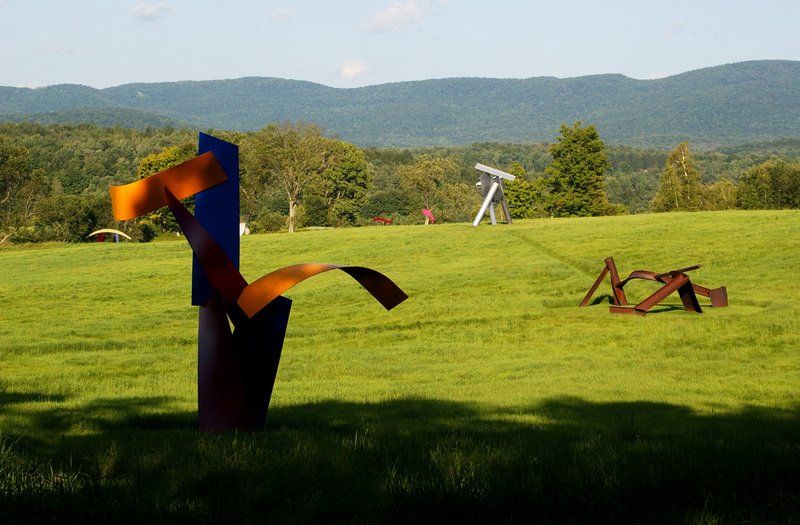 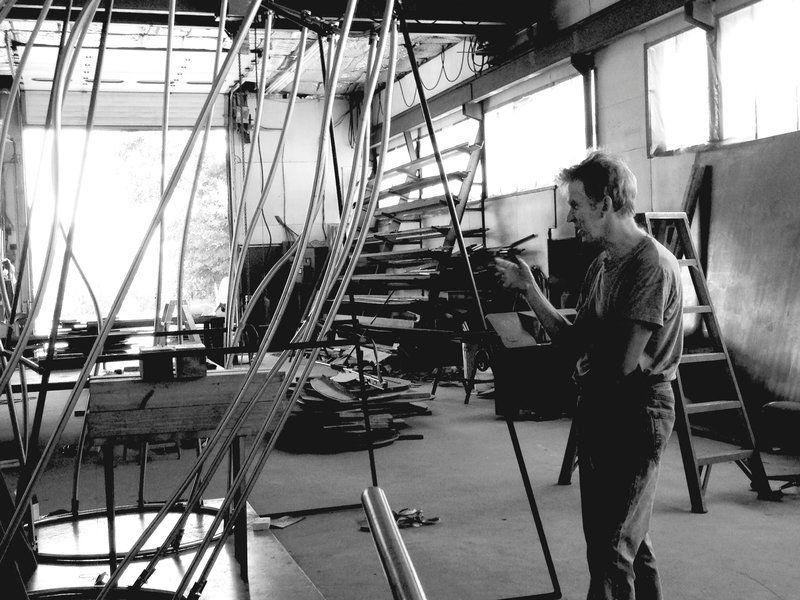 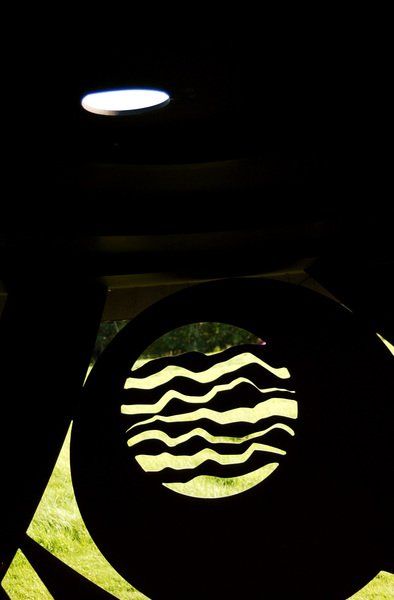 ROBIN CAUDELL/STAFF PHOTODetails from inside "Look Homeward" (1979) by David Stromeyer.

ROBIN CAUDELL/STAFF PHOTODetails from inside "Look Homeward" (1979) by David Stromeyer.

ENOSBURG FALLS, Vt. — The next gorgeous sunny day, pack a scrumptious picnic lunch, slip on your most comfortable walking shoes and drive to the fanciful realm of Cold Hollow Sculpture Park in Enosburg Falls, Vt.

For the first time ever, David and Sarah Stromeyer welcomed the public and their long-curious neighbors to their slice of Shangri-la nestled below the Cold Hollow Range on Boston Post Road.

Sarah, the greeter, leads visitors to the Welcome Barn for an orientation to the five idyllic meadows that chronicle David’s 40-year artistic evolution expressed through steel.

The 55-and-counting monumental sculptures are bright and bold of form in a parallel universe from the dairying and farming along Boston Post Road.

He purchased the roughly 200-acre property in December 1970.

“I was 23, 24, something like that,” David said. “I had been living in Boston and working in film, actually. I wrote some scripts and was trying to sell them. I was offered a job by one of the PBS stations to go to Madison, Wisc., to make a film about a screenwriter.”

On the return flight, he thought the script so terrible he didn’t take the job.

A configuration of things coalesced.

“I decided filmmaking was too much about collaboration and too much trying to raise money constantly,” David said. “And that really wasn’t me. So, I got on my bicycle in Boston and peddled up to Quebec City and Montreal.”

He turned West but it was late August and realized he wouldn’t make the Rockies before snow fell.

“So, I hopped a train and got out to Edmonton and went on from there,” David said. “I eventually got out to Vancouver, Seattle and Portland.”

The Northwest rains came, and he sold the bike and hitched down the West Coast before hitching back East. Along this sojourn, he decided sculpture was his calling.

“I was looking around out there for a place to settle, and I eventually came back here and loved Vermont. I went to school at Dartmouth (studio-art major), so I was kind of right on the border. I ski raced here and knew the place pretty well.”

He selected northern Vermont over the southern section of the state.

“It had a different feel to me,” David said. “It had such a strong, New York influence and weekenders, a Connecticut extension. And maybe from a strictly career point of view, maybe I would have been better off in the southern part of the state in terms of proximity to New York and to those marketplaces. But probably I was better off here, too, in some ways.”

He found a good piece of land near a paved road, so he could get heavy trucks and other equipment in. The topography just happened to be beautiful.

“There are few places these days where you can look out and see virtually no houses as far as you can see,” David said. “It’s still pretty special, and it’s getting harder and harder to find that as I travel the country and the world.”

His sculptures are in conversation with the landscape, each other, the elements and now, visitors.

“I never figured out how much all the sculptures in the fields weigh but it’s quite a bit,” David said. “It’s not a place you would consider moving, lightly anyway.”

In his studio at the top of a hill, he bends solid rods of stainless steel with his hand-built hydraulic press on a work-in-progress.

This past Saturday, he was problem solving the center section of a walking torso.

“I have to figure out where to put the bends and how much bend,” Stromeyer said. “It gets tricky.”

Cold Hollow Sculpture Park is better than Disney because the admission is free, and if you can buy any sculpture that strikes your fancy.

David works, usually, without a commission in sight.

“I might be slightly odd in that regard,” he said. “You think of studio painter who keeps painting and exploring questions. I’m more like that. Fortunately, I have the property and space to put the pieces out and I actually learn a lot after building the pieces and moving them to a different space and seeing them in different light, weather condition and all that kind of thing. And that informs new sculptures.”