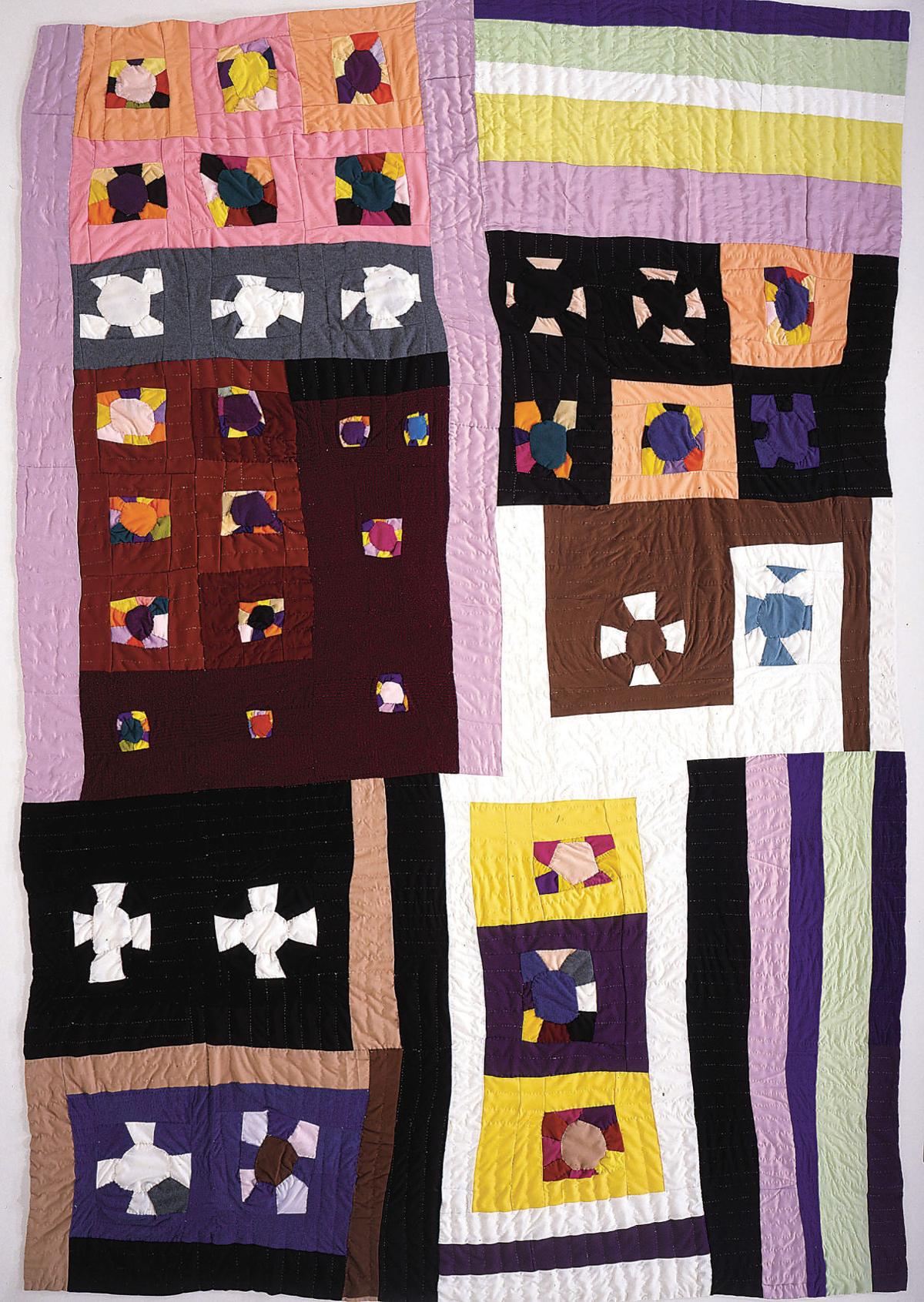 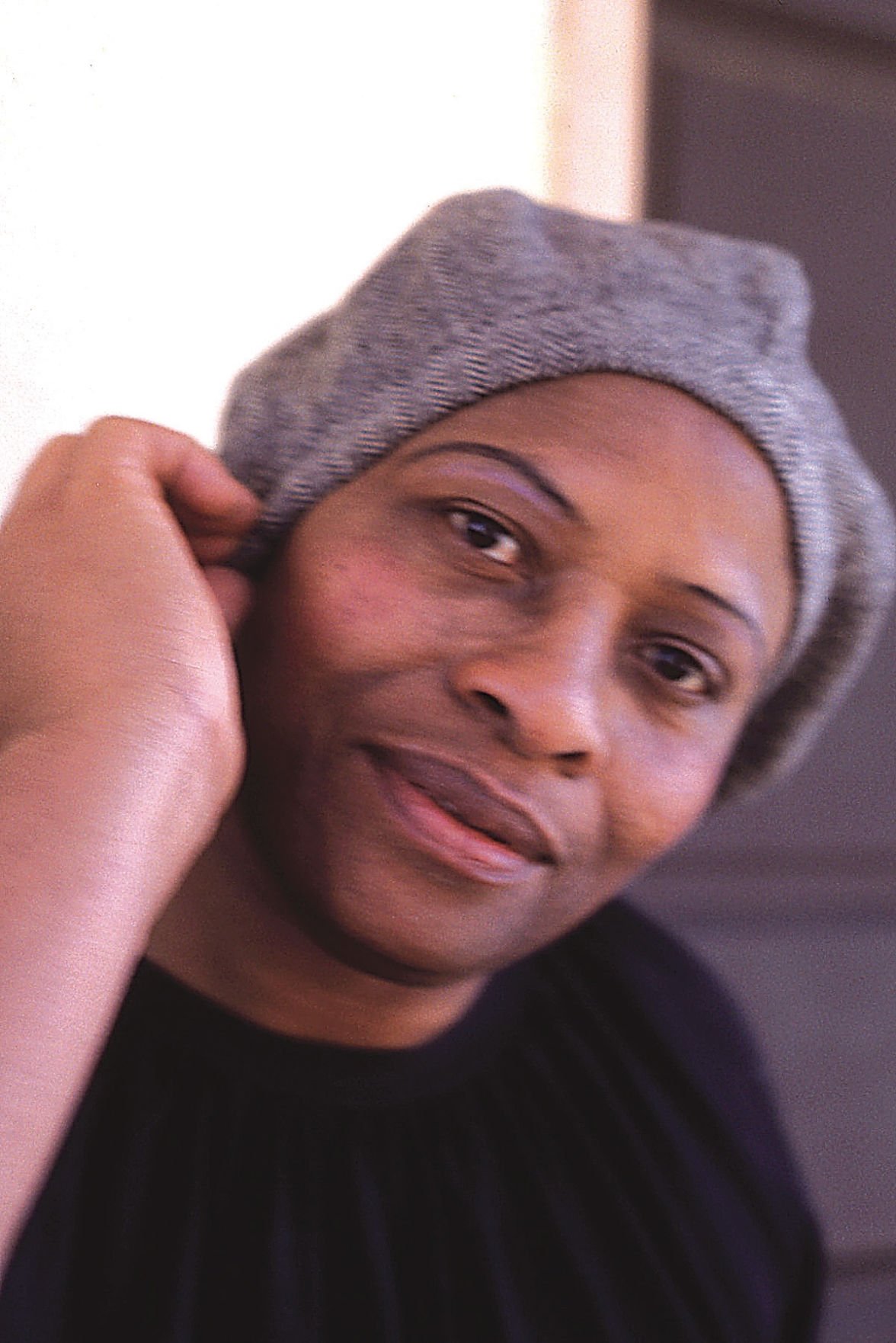 Effie Mae Howard in 1986. An intensely private person, she was given the pseudonym Rosie Lee Tompkins by Eli Leon, a San Francisco collector of her extraordinary quilts 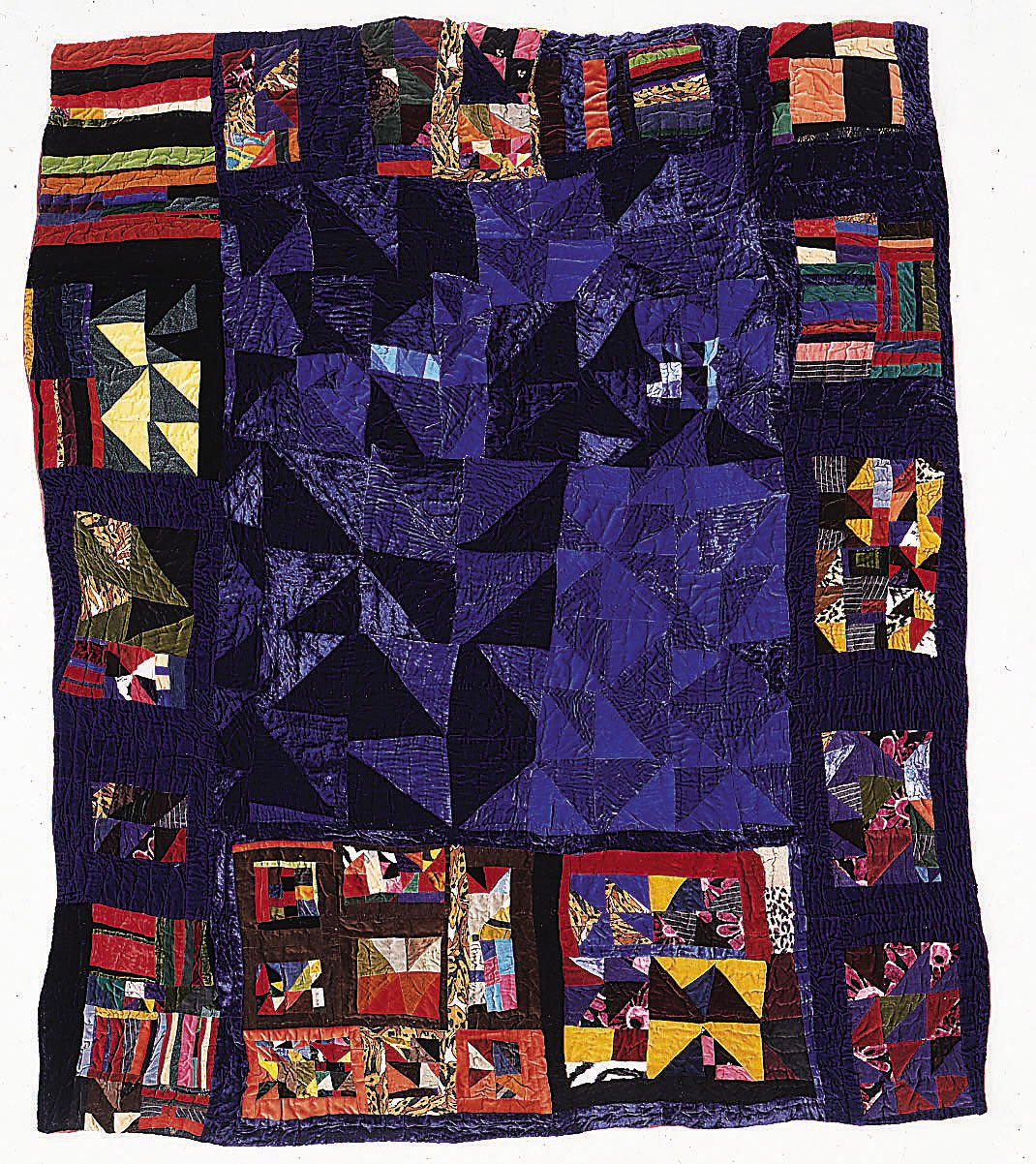 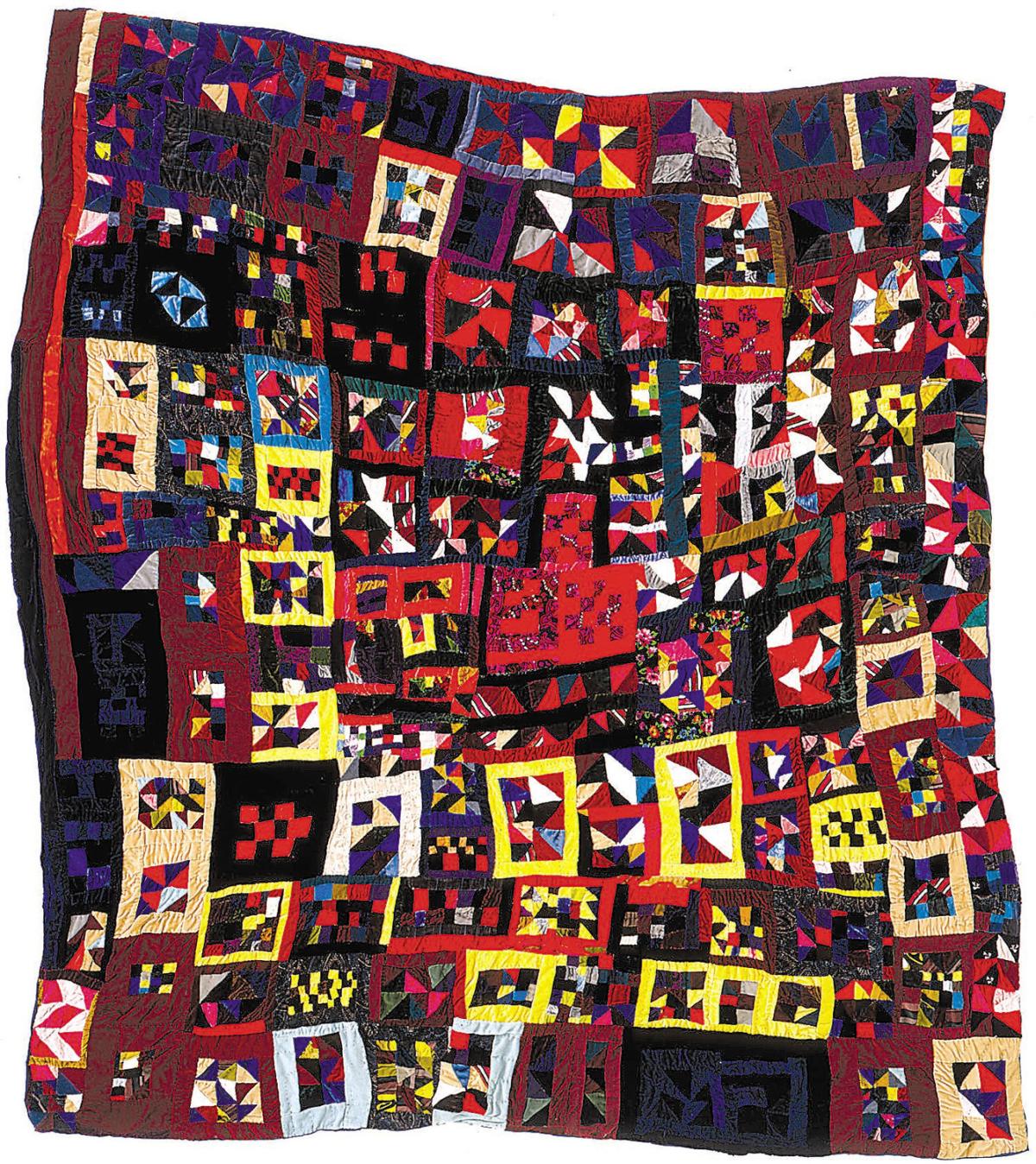 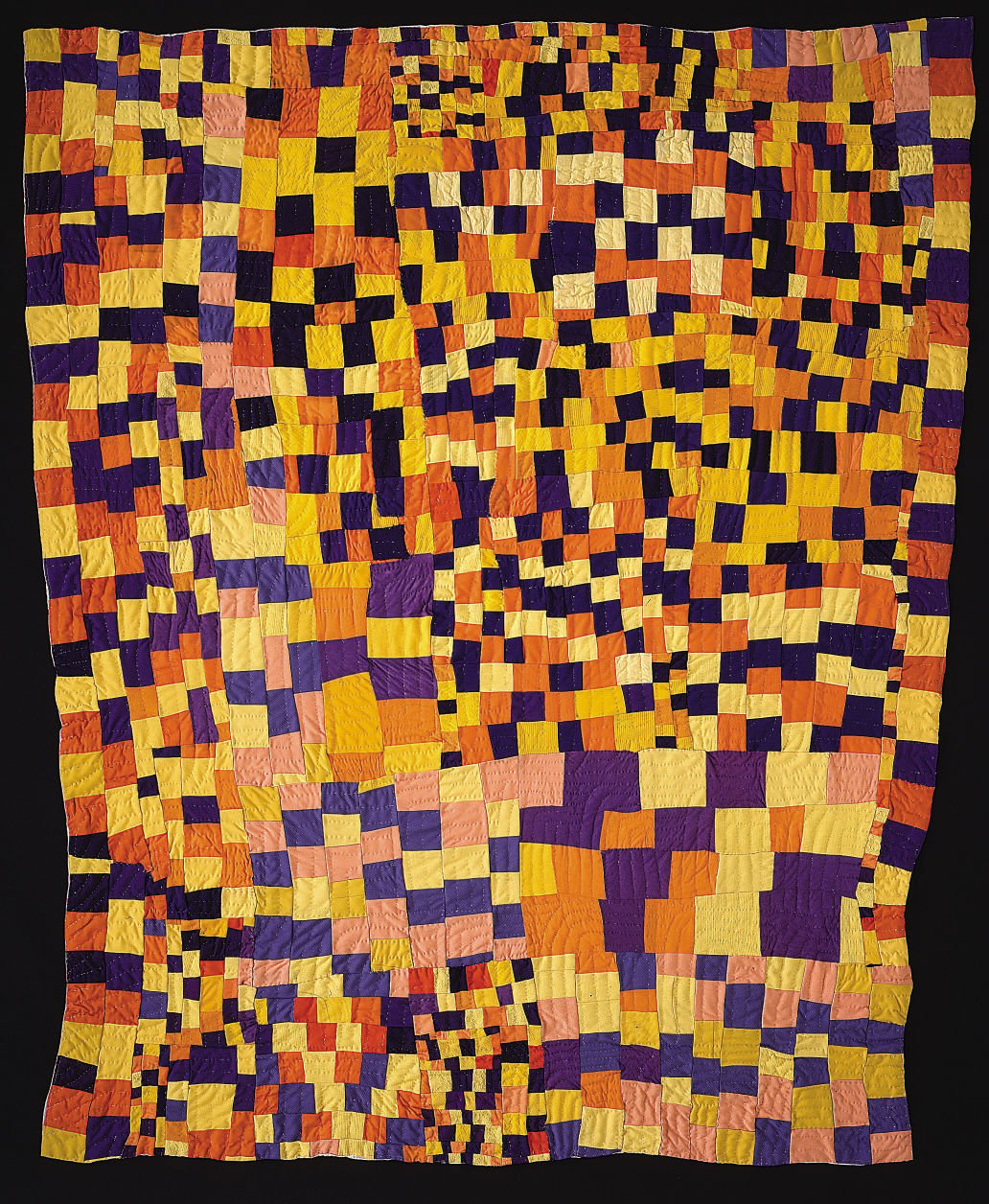 Effie Mae Howard in 1986. An intensely private person, she was given the pseudonym Rosie Lee Tompkins by Eli Leon, a San Francisco collector of her extraordinary quilts

HELBURNE -- "Something Pertaining to God: The Patchwork Art of Rosie Lee Tompkins" is a meditation on the soul level. The exhibition marks Tompkins' East Coast solo debut and the first major exhibition of contemporary African-American quilts in Vermont. It is one of 11 new exhibitions featured in the Shelburne Museum's 60th Anniversary season. These never-before-seen quilts were collected and loaned to the Shelburne Museum by Eli Leon, who co-curated the exhibition with Stephan Jost, museum director. Jost first saw Tompkins' textile artistry at the Mills College Museum in Oakland, Calif. "First and foremost, they're amazing works of art," Jost said. "We're honored to be able to show her work. Because they're velvet mostly, they really catch the light. They're more amazing in person than in reproductions." The exhibition includes more than 20 vibrant free-form quilts as well as 10 smaller pieces such as chair covers and dresses. A deeply religious woman, Tompkins' art is her faith expressed. Her work has been exhibited at the Whitney Museum of Art and the High Museum of Art. "It was incredibly obvious they were great works of art," Jost said. "People tend to say this is different for the Shelburne to show African American quilts. Our founder (Electra Havermeyer Webb) had very broad tastes. She was always exploring and getting us to look into new areas." "Something Pertaining to God" offers a window on the African-American quilting tradition in the context of American quilting traditions. Also on exhibit is "Contemporary Vermont Quilts," "Stars and Bars: A Gift of Amish Quilts from Barbara and Michael Polemis" and "Out of This World: Shaker Design Past, Present and Future." "Rosie Lee Tompkins was very religious," Jost said. "These quilts are about her relationship to God. Our Shaker Design exhibition opens in June. This is a religious community creating these works and also the Amish quilts. These three exhibitions are a result of three faith traditions. It's not something we want to hit people over the head with but to get people to understand there is a real diversity of faith traditions in America." It was happenstance that Eli Leon, in search of improvisational African-American quilts, came across Tompkins at an Oakland flea market in the mid '80s. "She had things for sale, no quilts," Leon said. "She was very modest. She said she sometimes dabbled in it. Then I said, I would like to see them." In a decade of collecting quilts and chronicling the women who made them, Leon had seen nothing like it. "I was just completely smitten," Leon said. Tompkins, a pseudonym fabricated by Leon, was born Effie Mae Howard in 1936 Arkansas. She was the oldest of 15 siblings and half-siblings. Her parents split soon after her birth, and her mother, Sadie, remarried. Howard picked her share of cotton and later relocated to Oakland. Though she didn't complete high school, she passed an examination to get into Oakland City College, where she studied nursing. "She loved it," Leon said. "She was no longer doing that when I met her. She wasn't going to church anymore the last five or 10 years. She married twice. She had two sons and three stepchildren." On his first visit, Leon remembers her home stacked with quilts and quilt tops. "She did a lot of patchwork pillows before I met her. She sold at flea markets and stuff. She was never discovered." So crazy about her work, he convinced her to sell quilts to him over the years. It was never an easy transaction. "It was really kind of amazing getting to know her. She put a tremendous amount into everything she created. She never made anything to sell. When I wanted to buy things, ordinarily she said, no, she didn't want to sell them." Leon found sales advocates in her children and grandchildren. "They knew she had these houses full of quilts. They couldn't understand why she wouldn't sell me one. They would pester her, and she would finally sell me something. Once she sold it, she lost interest in it. Whatever spiritual value it had, it lost when she sold it." Three days before a San Francisco Craft and Folk Art Museum quilt exhibition was winding down, Leon pestered Howard to attend to see her work. After he drove a half hour in the wrong direction, he had to throw a tantrum on her front porch to get her to go. She descended a half hour later dressed to the teeth. Once there, they staggered their entrances at her request. Inside the museum, he couldn't talk to her. Afterward, their departure mirrored their arrival. "We came home," Leon said. "She was still in a bad mood and didn't want to talk about the show or to me. Ten or 15 years later, she said, "I never thanked you for dragging me to that show did I?'" rcaudell@pressrepublican.com