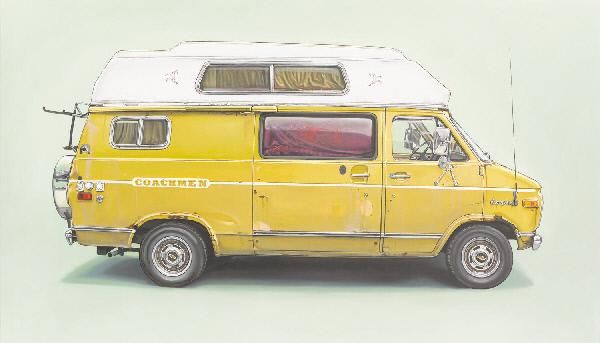 Kevin Cyr, an artist featured in The Art of Burton exhibit, calls his work "the documentation process." He paints vehicles that are covered in graffiti and are "on their last leg." Shown here is "Stanhope," an oil on wood panel. 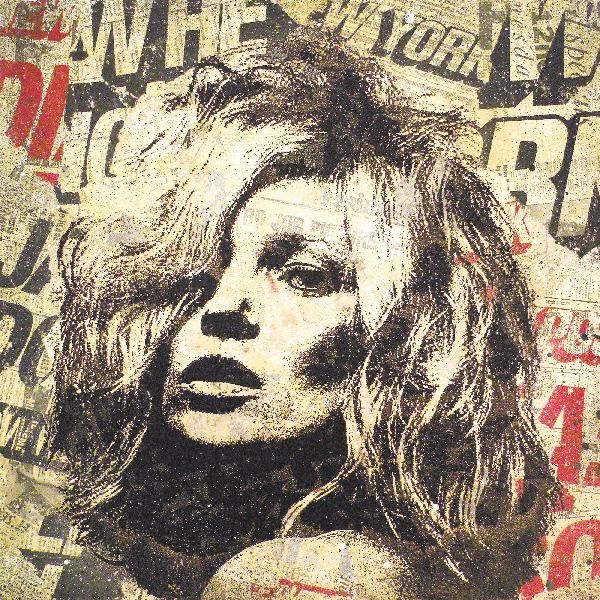 Greg Gossel, an artist featured in The Art of Burton exhibit, is known for his paintings of pop-culture icons. Shown here is "Kate Moss," a work of mixed media on paper.

Kevin Cyr, an artist featured in The Art of Burton exhibit, calls his work "the documentation process." He paints vehicles that are covered in graffiti and are "on their last leg." Shown here is "Stanhope," an oil on wood panel.

Greg Gossel, an artist featured in The Art of Burton exhibit, is known for his paintings of pop-culture icons. Shown here is "Kate Moss," a work of mixed media on paper.

STOWE, Vt. — The alternative artwork typically displayed on snowboards will be in the spotlight starting Friday here.

The Helen Day Art Center in Stowe, Vt., will exhibit work from about 15 artists who have had their creations displayed on Burton Snowboards.

Founded by Jake Burton Carpenter in 1977 and based in Vermont, Burton Snowboards is the largest snowboard brand in the world.

Rachel Moore, assistant director of the Helen Day Art Center and curator for the Burton exhibit, said part of the Art Center's mission statement is to support local and regional artists.

"We want to honor and celebrate what they have," Moore said. "We really wanted to take a look at visual artists who have work outside of designing snowboards. They are sustainable artists first."

The grand opening on Friday will feature a live DJ; catering by Frida's Taquiera and Grill, a local Mexican restaurant; and local beer.

"This is a wonderful example of a way to get artists' work out there in way that's not so commercial," Moore said.

"The main gallery displays individual artists who have contributed to Burton's designs. The west gallery is filled with original artwork, the corresponding boards and material filling the gap between the original work and the board," Moore said.

The Jeff White room will exhibit work by Lance Violette, who was the creative director for design company JDK and has worked for Burton.

"The Jeff White room will show what it's like to design," Moore said. "It will show the mess. It really is all over the place."

Kevin Cyr, a featured artist, has had two of his paintings displayed on Burton's boards. He does what he calls the "documentation process through painting."

"I've been documenting vehicles for about seven or eight years now," Cyr said, adding that he hunts for vehicles that look "interesting."

"I go for old cars, the ones that have a lot of character and dings. The ones on their last leg peak my interest," he said with a laugh. "I noticed these interesting cars would disappear and be replaced with big SUVs."

He began photographing the vehicles and then moved on to painting them, using oils on a wood panel.

"I've been snowboarding since 1990. I remember flipping through Burton's catalogs. It helped me decide what I wanted to do with my life," he said.

And, the exhibition doesn't get any more local than artist Michael Montanaro, who is based in Stowe. A former professional snowboarder for Burton, Montanaro designed the Malolo boards for the company.

"Malolo means 'flying fish' in Hawaiian. It's designed to surf on the snow," he said. "It was perfect for me because I'm an avid surfer."

Montanaro considers the Malolo brand to have a zen-inspired, hieroglyphic look.

"It incorporates snow and water. It just kind of flowed. It has mountains and waves on it with all elements of the two combined," he said.

Todd Kohlman, archivist for Burton, will give a presentation on the history of snowboarding from 6 to 8 p.m. Jan. 26.

Also planned is a design workshop led by Dennis Healy, Burton's creative manager of graphics, from 9:30 a.m. to 12:30 p.m. Feb. 18. The workshop will be accompanied by a design contest. Those as young as 5 can enter, with the winners announced at a special ceremony from 5 to 6 p.m. March 15.

"The kids taking his class can be inspired and have opportunities to design a snowboard, win a snowboard and get a gift certificate to the Helen Day Art Center," Moore said.

Cyr and Montanaro echoed each other when they expressed their excitement to have their work in the exhibit.

"I'm psyched to be along with those other artists. I really respect them," Montanero said. "Burton has a great collection."