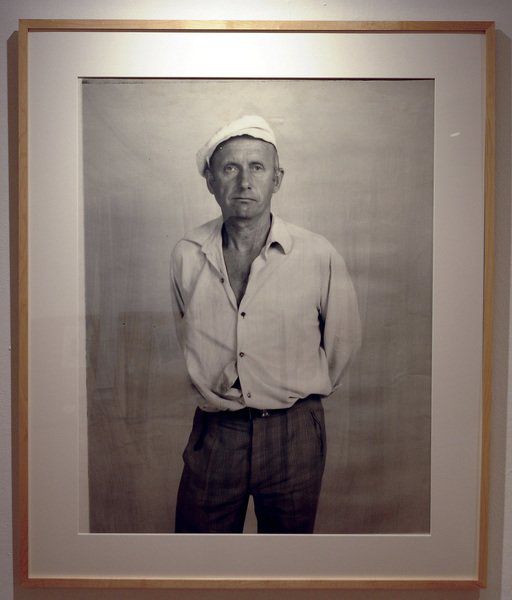 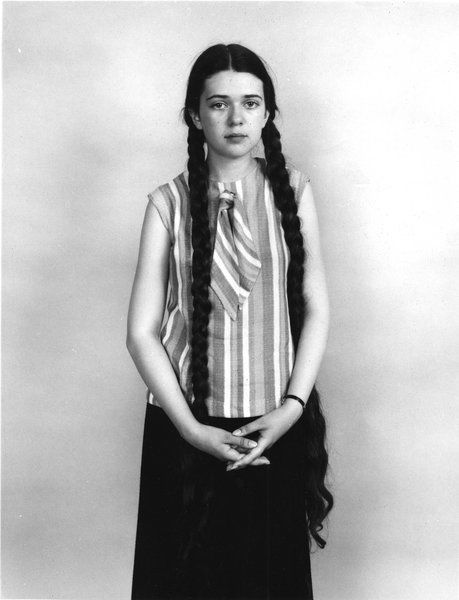 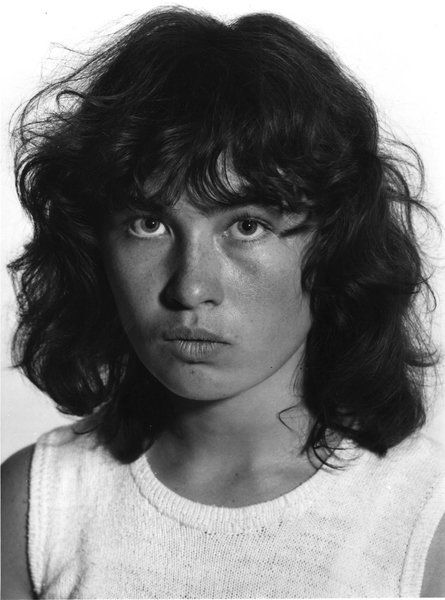 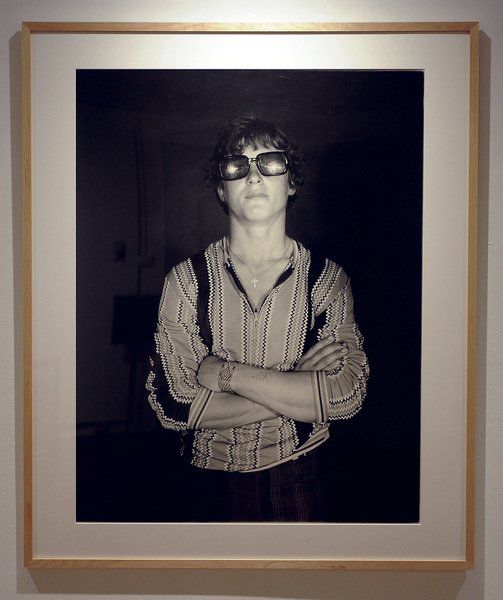 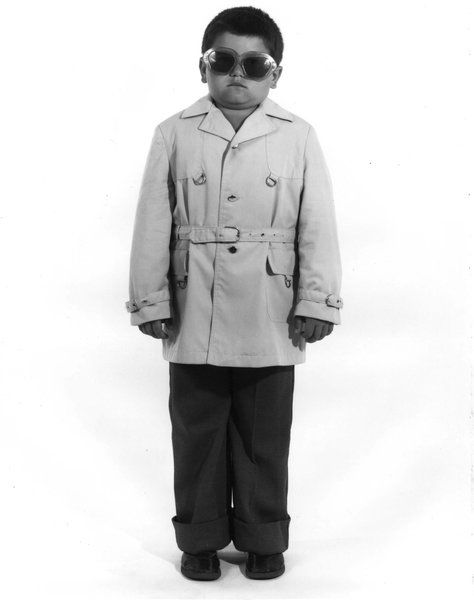 NATHAN FARB/PHOTO“Boy with Trench Coat and Sunglasses” by Nathan Farb. 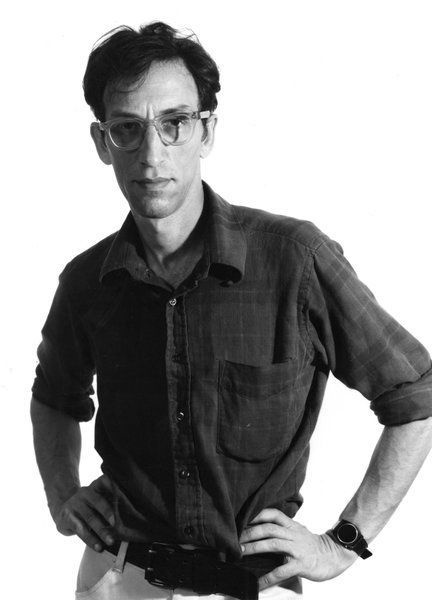 PHOTO PROVIDEDAn almost self portrait of the photographer as a young man by Nathan Farb and assistant. 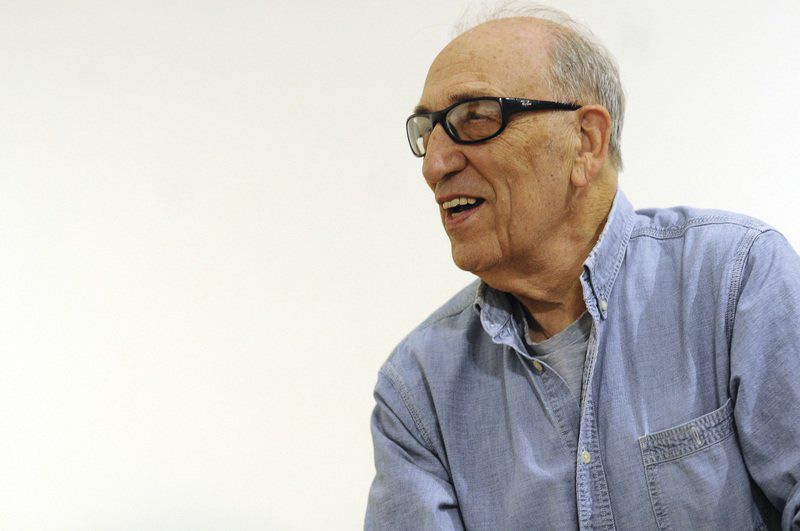 NATHAN FARB/PHOTO“Boy with Trench Coat and Sunglasses” by Nathan Farb.

PHOTO PROVIDEDAn almost self portrait of the photographer as a young man by Nathan Farb and assistant.

PLATTSBURGH — Things are tight between the United States and Russia now but “Nathan Farb: The Russians” recalls 1977 cultural-exchange cool.

His portrait is one of Farb's 50 gelatin-silver-prints from Polaroids on exhibit through Jan. 8, 2017, at the Plattsburgh State Art Museum.

Opening reception is from 4 to 6 p.m. Saturday.

How Farb got to Russia is a circuitous tale.

“I started going to Romania in the late '60s,” said the internationally renowned photographer, who lives in Jay.

“My grandfather (Leon Eisen) had come from Romania, and he talked about the Black Sea in almost mystical terms.”

Farb, and his then-wife, Judith, and their daughter, Ruth, dropped behind the Iron Curtain in 1969.

The Black Sea, in all its glory, was revealed.

“People sunbathed nude. Nudism was much bigger in Europe than ever here, especially in the Scandinavian countries. They want the sun. I loved it. It's some of my best work. I spent a lot of time with gypsies. They had never seen an American, so everybody was totally into us.”

He and his family also traveled to Yugoslavia and Bulgaria.

“I was pretty comfortable behind the Iron Curtain,” Farb said.

“You could live really well for really cheap.”

One of the agency's initiatives was a photography show in the Eastern Bloc.

“They were kind of testing it out before they sent it to Russia,” Farb said.

“It was an enormous show. It included everything from Ansel Adams to Margaret Bourke White, just many, many of the big, big names. I begged them to let me go."

Forty young Americans, many of them alums of Middlebury College's Language Schools, acted as interpreters.

Farb read about the show in a photography magazine and wrote a letter to USIA.

He played his Romanian-heritage card.

“I said something as absurd as 'Let me be the first to welcome you to Romania,'” Farb said.

“Somebody dropped out, and they called me.”

He got to exhibit images from his cache of Romanian photographs.

Essentially, his job was to talk about photography to amateurs, professionals and school groups in Romania.

“I did that, and I realized they had Polaroids and a lot of film,” Farb said.

“I don't know who ordered that. Equipment was on display, too. As an American photographer, I would pick up equipment and show it to people. That was the most fun of all. Forget it. I didn't want to lecture about photography. I didn't even know that much, so I started taking pictures of the people at the show. Everybody loved that.”

Farb's hands-on demos were the catalyst for a traveling studio.

Between 2,000 and 3,000 people flocked to the shows daily in five Romanian cities and Hungary, Yugoslavia and Czechoslovakia.

“I did my job very well for the USIA,” Farb said. “I entertained people. I promoted the Unites States' values.”

Farb was teaching at Rutgers University's Livingston College when he learned the USIA was preparing a Russian show in 1977.

"I said fine, I'm happy to go to a place that's more ordinary where I would meet ordinary people not the elites of Russia,” Farb said.

“By that time, the idea of the studio within the thing had taken hold.”

In New York City, he hustled selling Polaroid photographs he stamped into buttons.

“I realized I was getting pictures I never got as a photographer, as a journalist,” Farb said.

He requested 50 cases of Polaroid with the negative and arrived in Novosibirsk, “New Siberia," located where the Trans-Siberian Railroad crosses the Ob River.

Farb likens the closed city's milieu, a mix of industry and culture, to Cleveland, Ohio.

DANCING IN THE DARK

Farb set up his studio.

The "Girl From Farm Collective" and "A Young Artist" were among the Russians Farb photographed.

He knew politicians and party chiefs were coming near the show's finale.

He told his assistant, "If you don't get these guys in the studio, I quit. I gotta have these guys.”

A gigantic print of "Politicians and the Party Chiefs" is in the collection of the Museum of Modern Art.

In Russia, Farb shot with a 4-by-5 view camera with a Polaroid back on the camera's rear.

“Many of them are done with a view camera but there is also a Polaroid camera that would take this particular Polaroid positive-negative film,” Farb said.

“I still have one of them. They were very treasured by people. They were really good testing cameras long before digital.”

On NYC's streets, Farb learned to let people just be.

“And that's part of what I was trying to do,” he said of his Russian project.

“I would hand them the print and at nighttime process the negatives. I learned how to do it and was very much to my advantage because nobody had really, really understood how to do it.”

Polaroid asked him to write the manual about his process upon his return.

“I didn't do it because they didn't meet my price,” Farb said.

“I asked them for $10,000. They said, 'well, we'll work on it.' But I did figure it out. That was part of the deal. They even offered me a meeting with Mr. Land. I was more interested in money. I always had to survive.”

The New York Times printed a four-page spread of the Russians, and Farb received global requests.

A Germany publisher did the first book.

At the Frankfurt Book Fair, several European publishers came on board.

A U.S. publisher picked it up later.

Farb didn't earn money from the enterprise but it was an artistic success that garnered him name recognition.

“When I look back on it, I was a little messianic in my mind,” he said.

“I was going to bring back pictures of Russians as people that we were facing. We were caught in the same fabric. We were little threads in the fabric. I was in the middle of it, and I was doing what I could do to prevent, to save us. These people are not very different than us. I even felt the racism is about the same, really, another big white country with a lot of minorities. I was very aware of that.”

“Nothing like this had been seen in the West,” he said.

“This was a real journalist coup. I brought something out of Russia that nobody had ever done.”

Three years ago, he gave a lecture at the Kennan Institute, a division of the Woodrow Wilson International Center for Scholars.

There, he met a woman who grew up in Novosibirsk.

Two hours before his talk, he learned former Ambassador John Beyrle was attending.

“This guy had been one of my interpreters and assistants when I was there (Novosibirsk),” Farb said.

Beyrle came along with six of his peers, who had also been in Novosibirsk.

“They stay in touch with each other,” Farb said.

“Apparently this was a big pivotal experience for them in their lives. They were working as contract workers for the USIA. John, obviously, went to the State Department and rose through the ranks and was appointed by Bush and held over by Obama, so a career diplomat.”

Farb reflected on the eager kid Beyrle was, and the man he became.

“He said, 'there were other photographers at other shows who were doing something similar to Nathan taking pictures but not with Polaroids,'” Farb said.

“'They would do pictures that were sometimes very flattering or sometimes very artful but Nathan just went about it straight on. We just knew Nathan was doing something different.'”

WHAT: "Nathan Farb: The Russians," an exhibition of 50 gelatin-silver prints by photographer Nathan Farb.

WHEN: Opening reception and Meet the Artist is Saturday from 4 to 6 p.m.