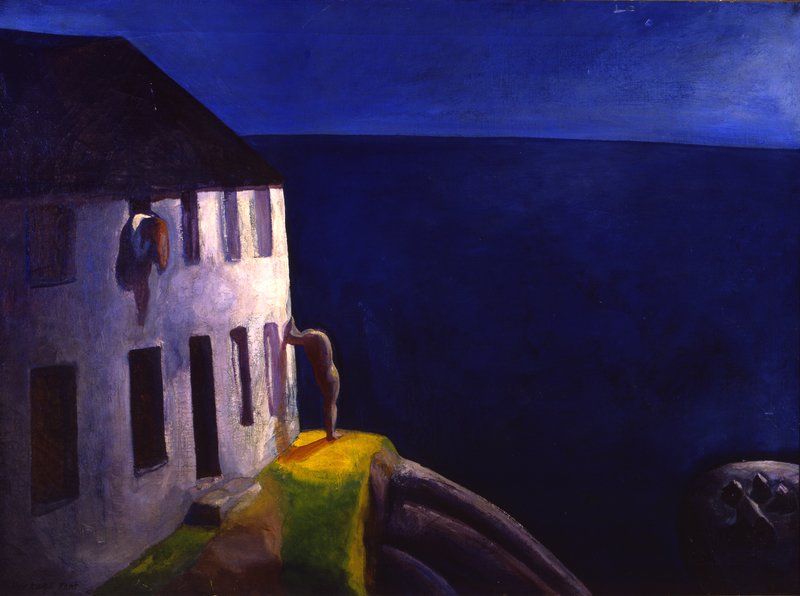 "House of Dread" by Rockwell Kent. 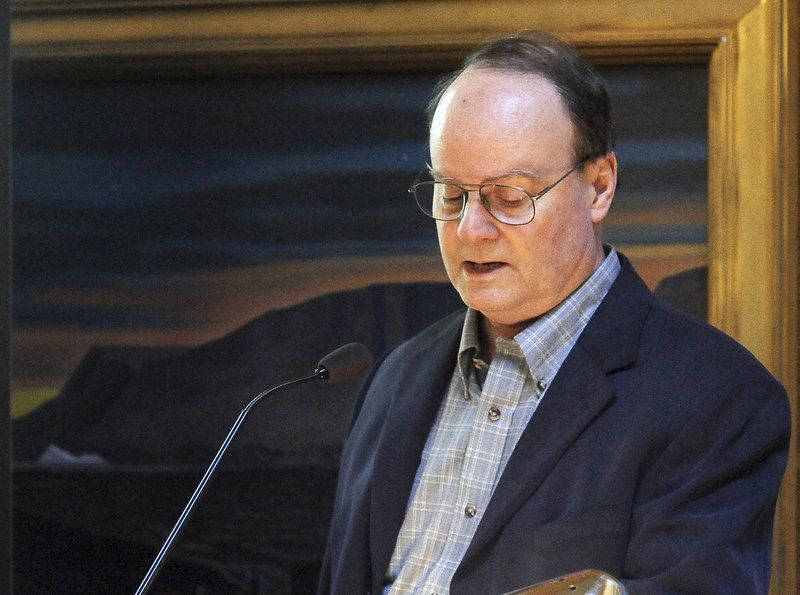 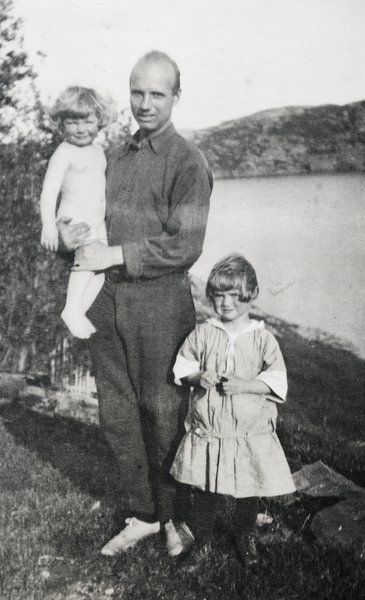 Rockwell Kent with two of his children in Brigus, Newfoundland.

"House of Dread" by Rockwell Kent.

Rockwell Kent with two of his children in Brigus, Newfoundland.

PLATTSBURGH — Artist Rockwell Kent’s “The House of Dread” had attracted Dennis Costanza’s attention the very first time he saw it during a Plattsburgh State Art Museum gallery tour in 1983.

In 2010, Costanza wrote an article on the 1915 Newfoundland painting, oil on canvas, for the “Kent Collector.”

Four years later, he presented “House of Dread in Context” at the “Kent Centennial, a Commemoration of Rockwell Kent in Newfoundland” at the Rooms Provincial Art Gallery in Brigus, Newfoundland.

Costanza presented his paper again at Tuesday’s “Art in Focus,” at SUNY Plattsburgh.

He traced Kent’s year-and-a-half sojourn on the wild, remote and rugged coastline of the farthest eastern point in North America.

“I think the independence of the region and especially the remoteness appealed to Kent,” said Costanza, who is a professor of art at SUNY Plattsburgh.

“The coast of Maine is like that, but Newfoundland is Maine on steroids. His intention was to settle there with his family and stay there, but that didn’t happen.”

The fancied-up Kent Cottage is maintained as a historic house by the Landfall Trust of Brigus.

“Rockwell Kent’s relation to the little cliffside house on the edge of Brigus was like a love affair,” Costanza said. “It had been love at first sight when he initially encountered the house soon after his arrival in Newfoundland in February, 1914, and it was with the most enthusiastic affection that he restored and expanded it in anticipation of the arrival of his wife Kathleen and their three children in the spring.

"He expressed his enthusiasm in a series of letters to Kathleen in which he promised her that: ‘The house will be the loveliest we have ever lived in.’”

Kent sent photographs and idyllic but not true-to-life drawings of the dwelling with a garden and a brook to his wife.

“He’s making it seem not as treacherous,” Costanza said.

The professional-architectural draftsman turned full-time artist is a fact Costanza urged his listeners to keep in mind when considering “The House of Dread,” which depicts an estranged couple.

A distraught woman hangs out of a window. A naked man leans against the stark, white house.

When Costanza first saw the painting, he thought the couple had just had a violent argument or they had lost a loved one in the Great War.

In the course of during his research, he realized he was not far from his initial perceptions because there was loss of sealing crews on the SS Newfoundland and SS Southern Cross not long after Kent's arrival.

“In ‘The House of Dread,’ things are drastically distorted and simplified,” Costanza said.

“He’s doing that very deliberately. It’s going against any training that he had to make drawings of this sort of thing you see here.”

Kent’s affection for the sweet, little house on the ledge exudes tension, gloom and despair in the painting that he refused to sell.

"Yet 'House of Dread' was regarded by Kent as the best of his Newfoundland paintings," Costanza said.

"And it was of such personal significance to him that it was the only one he kept throughout his life and refused to sell.”

There is a disconnect between the painting and Kent's fond remembrances of the house.

“It’s much deeper than a simple contrast between writing and painting, since Kent’s own written description of the painting in his autobiography is just as dark as the painting itself:

"Upon a bleak and lofty cliff’s edge, land’s end, stands a house; against its corner and facing seawards leans a man, naked even as the land, and sea, and house; his head bowed as though in utter dejection; and from an upper window leans a weeping woman. It is our cliff, our sea, our house stripped bare and stark, its loneliness intensified. It is ourselves in Newfoundland, our hidden but prevailing misery revealed.'"

Though Kent had planned to live out his days on Brigus Bay, he was thrown out of the country for his Germanophile sentiments in a land that was allied with the United Kingdom against the Central Powers that included Germany.

“By early summer, when a neighbor told him that there had been talk in Brigus of lynching him, he was avoiding going into town as much as possible," Costanza said. "As is so often the case in wartime, things had spiraled wildly out of control on both sides."

Newfoundland had become Kent’s balm after his banishment from his beloved Monhegan, where he had painted happily and successfully while impregnating a mistress.

When his wife discovered his infidelity, Kent turned his sights to Newfoundland, where “House of Dread,” possibly captures the Kent's marital strife as well as his rupture from Monhegan.

“Clearly there are numerous reasons why Kent transformed the house he loved so dearly and wrote about so affectionately for so many years, into a place of misery and dread in this painting,” Costanza said.

“It is indeed startling that he should choose specifically a place invested with so much hope and affection as the subject of the painting into which he would concentrate the darkest experiences and emotions of the time. It was a bold and no doubt difficult choice.

"The result, as acknowledged by the artist himself, and as recognized by much of posterity, was one of his most powerful works, not just from Newfoundland, but of his entire career.”