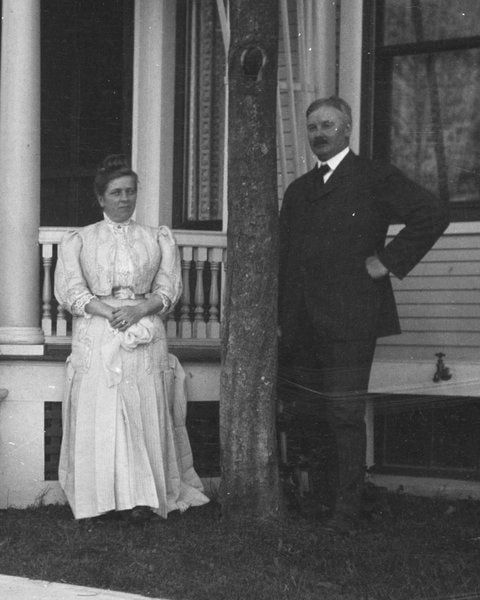 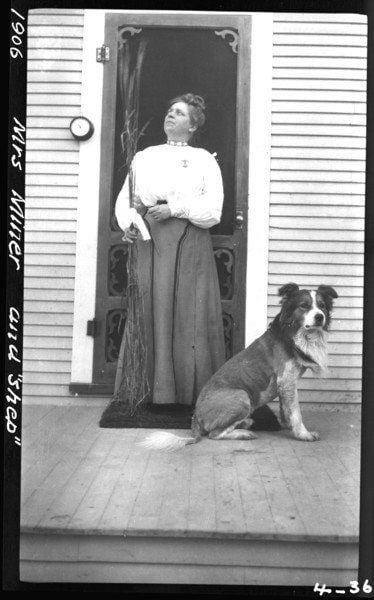 IMAGE COURTESY OF MINER INSTITUTEAlice (Trainer) Miner, 43, on the steps with Shep of Heart’s Delight Cottage in 1906. 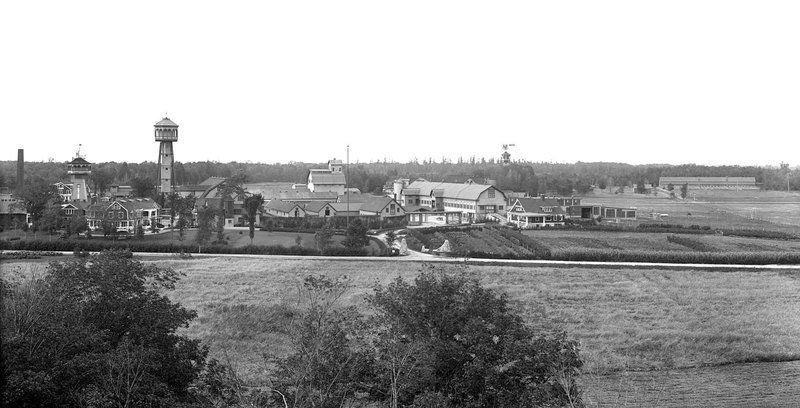 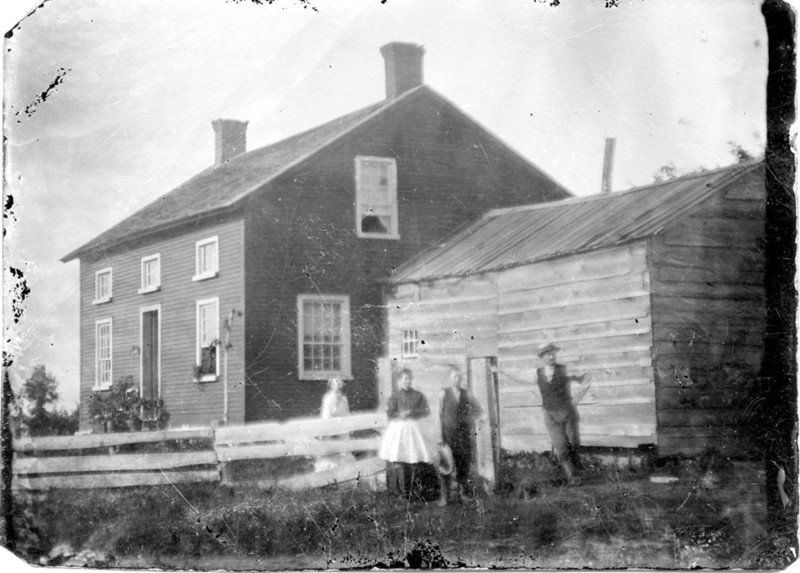 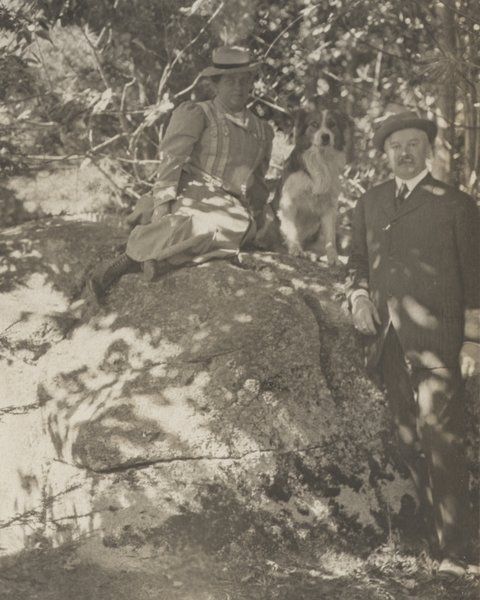 IMAGE COURTESY OF MINER INSTITUTEWilliam and Alice Miner (both in their early 40s) pose in the woods at Heart’s Delight Farm. 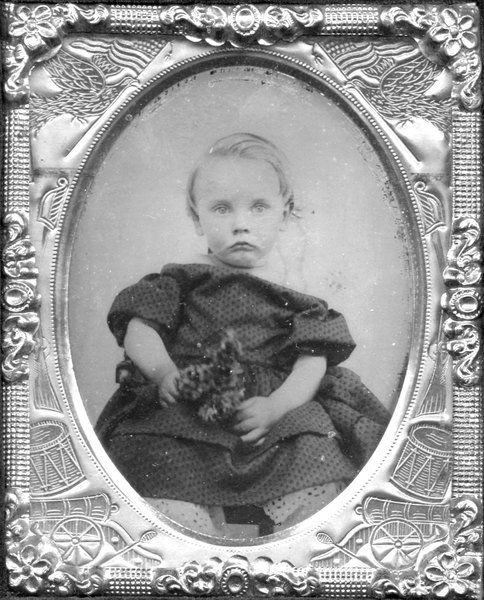 IMAGE COURTESY OF MINER INSTITUTEWilliam H. Miner as a toddler in this gold-framed ambrotype. 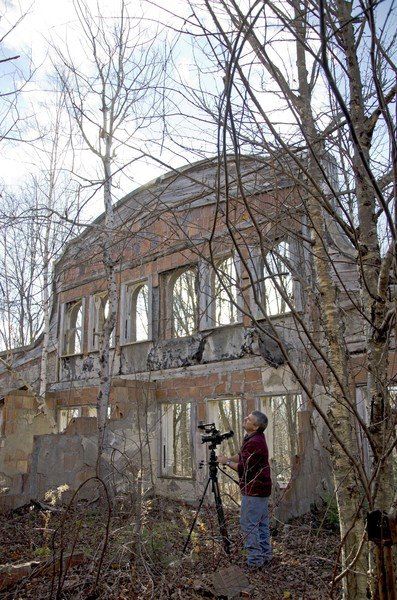 AMY BEDARD/PHOTOVideographer Paul Frederick on location at the ruins of the LeSelle Powerhouse built by William H. Miner in Altona. 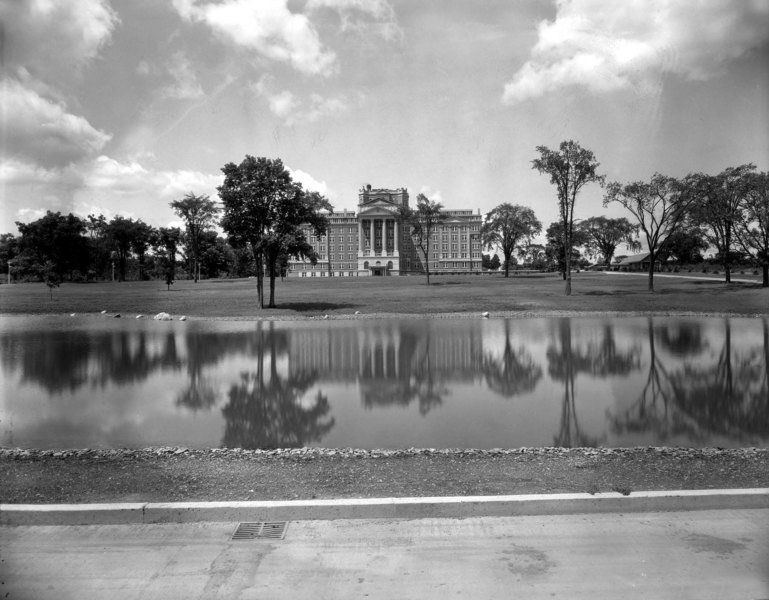 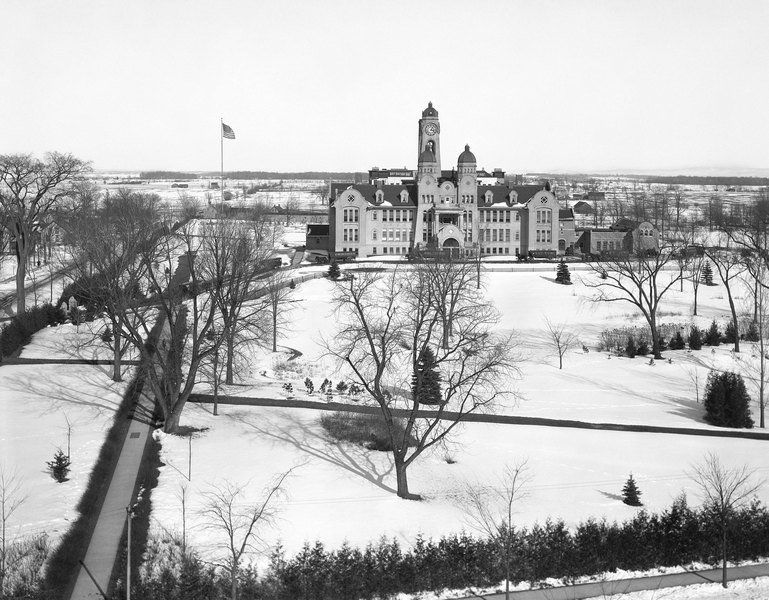 IMAGE COURTESY OF MINER INSTITUTEChazy Central Rural School was one of the first centralized school systems in the United States. 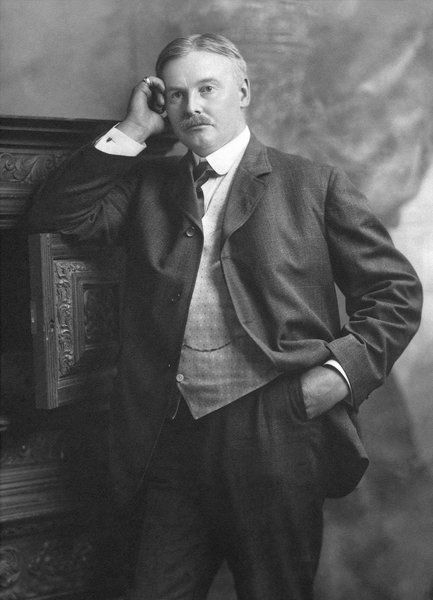 IMAGE COURTESY OF MINER INSTITUTEAlice (Trainer) Miner, 43, on the steps with Shep of Heart’s Delight Cottage in 1906.

IMAGE COURTESY OF MINER INSTITUTEWilliam and Alice Miner (both in their early 40s) pose in the woods at Heart’s Delight Farm.

IMAGE COURTESY OF MINER INSTITUTEWilliam H. Miner as a toddler in this gold-framed ambrotype.

AMY BEDARD/PHOTOVideographer Paul Frederick on location at the ruins of the LeSelle Powerhouse built by William H. Miner in Altona.

IMAGE COURTESY OF MINER INSTITUTEChazy Central Rural School was one of the first centralized school systems in the United States.

The 27-year-old connection started at SUNY Plattsburgh, where Frederick was studying field production.

His senior project was a short doc on the Altona Flatrocks, a million-dollar-dam project of Miner’s.

“In the process of doing that I found out my grandfather used to work for William Miner,” Frederick said.

“My mother’s father, Bernard Menard, did carpentry work. I just kind of got hooked on the whole Miner story.”

When Frederick was at Mountain Lake PBS in 1992, he redid his senior project since he was privy to better equipment and more knowledge about his subject.

In 2003, he was approached by the Miner Institute to create two videos during the farm’s centennial for a Heart Delight’s Farm Heritage Exhibit located in the former storehouse.

The videos were 10-minute shorts, and it was then Frederick realized the wealth of material in thousands of photographs taken during Miner’s stewardship of the farm, which he expanded from a 144-acre homestead to 12,000-acre farm with more than 800 employees.

“I kept waiting for Joe Burke (chair of Miner Institute’s board of trustees) to finish his book, the definitive biography of William H. Miner. He was doing tons of research. We waited until that came out. It wasn’t until 2013 I started working on this one.”

Many of Miner’s projects were simultaneous, which challenged Frederick’s documentary process.

“You have to break it out in topics to make it understandable to the viewer,” he said.

“While he was building the farm, he was working on his hydro-projects as well as his other projects.”

His rail inventions and Chicago-based business funded his gentleman’s farm as well as the Chazy Central Rural School ($2 million 1916), Physicians Hospital ($4 million in 1926) and the Colonial Home, now the Alice T. Miner Museum, named for his wife.

He also saved the Kent-Delord House and preserved it for generations.

'THE MAN AND THE MYTH'

“There are a lot of myths handed down in the area that people have told and retold,” Frederick said.

“People think they are facts. I waded through what I thought was important.”

Miner died in Physicians Hospital due to tonsillectomy complications.

The myth lingers that he wanted to be the hospital's first patient.

“The hospital was there for four years and had hundreds of patients,” Frederick said.

“He always had been plagued with tonsil problems, and that’s why he had that operation. He had heart issues and died on the operating table at the hospital he built, ironically.”

Miner stealing the idea for his mechanical inventions is a myth cloaking his legacy.

“He studied to become a mechanical engineer (University of Minnesota),” Frederick said.

“He learned the business. He saw the draft gear. It was already out there. He made a better one. This idea that someone in the North Country gave him this idea seemed so far fetched. How would they would know how to make a better draft gear? He had all the experience and the skills to do it.”

There’s no indication of a lawsuit or that Miner took care of a mystery inventor the rest of his life.

“The story doesn’t need those to make it more dramatic,” Frederick said.

“It is already a dramatic story but it was embellished and changed over the years.”

The documentary is a straight biography of Miner's birth, Chazy youth days, business and philanthropic milestones and his death.

“And also the failures,” Frederick said.

“I thought it was important to show his weaknesses and failures. You can’t just put him on a pedestal. He was a human being. I can’t think of anyone else before or since that did so much for this community. Millions and millions of dollars he put in the community. He was definitely a control freak.”

Altona Flatrocks was a failure.

“He was battling Mother Nature. The geography of the region wasn’t suited for the dam. He never really had water for seven years. Then, they abandoned it.”

At 90 minutes, this is Frederick’s longest documentary.

The musical score features violinist Andrew Caswell, a student at the Crane School of Music in Potsdam, and Scott Adams, a Finger Lakes musician and composer.

“It will run on Mountain Lake in December and WMHT in Albany has expressed an interest as well," Frederick said.