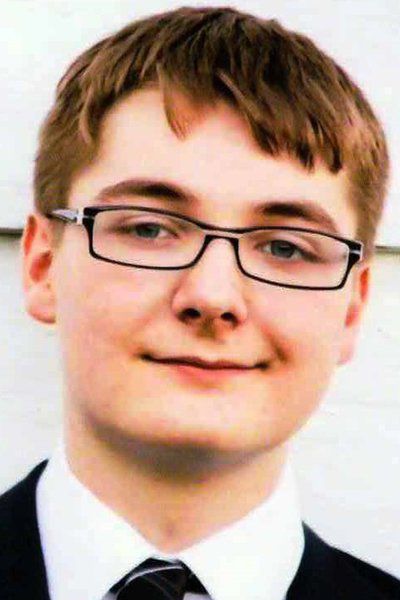 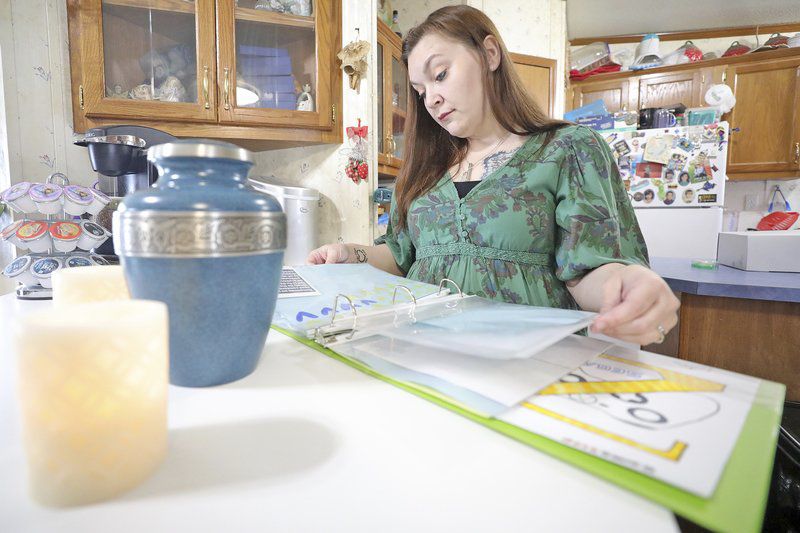 Amanda LaDuke pages through the binder that holds photos and other mementos of her son Zander, who died by suicide last December. The scrapbook was a gift from Beekmantown High School, where Zander, 17, was a senior. Students were invited to make additions to the binder to help work through their feelings over losing a peer and friend.

Amanda LaDuke pages through the binder that holds photos and other mementos of her son Zander, who died by suicide last December. The scrapbook was a gift from Beekmantown High School, where Zander, 17, was a senior. Students were invited to make additions to the binder to help work through their feelings over losing a peer and friend.

BEEKMANTOWN — No one knew.

He was excited about his presents.

That night, 17-year-old Zander took his own life.

That he was contemplating death?

Not his friends in the medical careers New Visions Program or peers in Upward Bound, a program that helps ready kids for college.

Not his coworkers at Pine Harbour Assisted Living, where he worked part time.

“None of his teachers would have suspected it,” said Amanda, sitting in the kitchen of her parents’ home in Beekmantown.

A senior at Beekmantown High School, he’d just been accepted at the University of New England to study pharmacology.

The school was his first pick.

“Anything Zander set out to do, he would achieve it,” Amanda said.

“We talked about it all the time, if he was overdoing it, how he was feeling,” his mother said.

He wasn’t overwhelmed, he’d tell her. He was fine.

She asked him if he was tired.

Amanda is familiar with mental-health issues, something a relative deals with.

She asked Zander if he wanted to talk to a medical professional right away. Or she could make an appointment with his pediatrician.

Zander went to that one appointment.

Zander didn’t leave a note; he hadn’t confided in a friend. Police couldn’t break into his cellphone.

The LaDukes’ last memory of him, alive and laughing, is from that happy Christmas celebration.

“You’re left with the ‘why’ questions and the ‘what ifs,’” his mother said.

Zander ended his life at home; his family can’t bear to go back there.

Amanda, her husband, Shawn, and their other two children moved in with Amanda’s parents, Lori and Kevin Martin.

They will raze their house and hope to build new.

STILL PART OF US

Not to forget Zander — never that, Amanda said.

“We talk about Zander as if he’s still here,” she said. “I think it’s important.

“Even though he’s gone, he’s still part of us.”

She keeps up a Facebook page about her younger son; she scrolls through to see what friends have posted, adds photos, videos of a vibrant, sensitive, smart boy with a captivating sense of humor.

Zander’s voice narrates a video for a New Visions assignment.

Zander and a friend chase each other around in another video, laughing.

Zander takes a bow onstage after a school musical.

“The moment that you left me,” Amanda posted Jan. 29, “my heart was split in two; one side was filled with memories; the other side died with you ...”

Talking about Zander helps Amanda; she can tell the story without breaking down.

Zander’s sister, Lily, 16, has had trouble focusing in school.

For Shawn, she continued, “the financial piece is a big stressor,” as he worries about the cost of a new home.

“That’s his coping mechanism,” she said.

“To me,” she said of that unspeakable loss, “it’s still yesterday. It’s hard to watch people move on when I’m still stuck.

“The whole family is going to therapy now.”

Anyone thinking about suicide, Amanda said, “should know about the afterwards.

“Maybe if kids were more aware of what the aftermath would be — truly, not as it’s portrayed on TV,” they would think again, she said.

“It’s a lifetime of suffering for everybody else.”

In a therapist’s office waiting room, Amanda suddenly realized another couple there were reading Zander’s obituary in the newspaper, speculating about how he’d died, sure it must have been suicide.

Others in the room were crying ...

“You don’t know what’s going on in other people’s lives.”

But so many people have been there for the LaDukes, have helped hold them up.

The Beekmantown cheerleaders (Amanda is a former coach) set up a gofundme page for the family.

Assemblyman Billy Jones, who knew Zander from Upward Bound, found photos of the teen and sent them to his family.

The dean of admissions at the college Zander will never attend mailed the LaDukes a sympathy card, Amanda said, “which was heartbreaking but so thoughtful.”

She checks in on Zander’s friends; they check in on her.

Family and friends are organizing a spaghetti-dinner benefit to raise money for their new home.

When people don’t know what to say, Amanda tells them, “There truly are no words. And that’s OK.”

And she thanks them for being there for her family.

Some brought food; others offered to take them out to lunch. A friend might just check in to see if they’re OK.

Amanda talks about Zander to raise awareness. To encourage parents to check in with their kids. To help them realize that even if they seem fine they might need to share some trouble they’re having.

She knows her son would approve of her efforts.

“If he was put in my shoes, he would be doing it himself,” Amanda said. “That’s the kid he was.”

She also doesn’t want him to be forgotten.

WHERE TO GET HELP

Text: got5 to reach a crisis counselor in New York state.

The toll-free 24-hour North Country Crisis Helpline number is (866) 577-3836. That number is answered by members of the Clinton County Mobile Crisis Team Monday through Friday from 8:30 a.m. to 7:30 p.m. Outside those hours, it is answered by an on-call crisis service.

Out-of-county calls are accepted but other options are:

The Essex County Mental Health Association Hope Line, (800) 440-8074. That number is staffed 24-7; leave a message and your call will be returned within 10 minutes.

If a friend of yours posts suicidal content on Facebook, let someone know — an adult, the police. And visit http://tinyurl.com/nuvnm29 to report it.

'Before It's Too Late' Teen Suicide Series

Interviews with parents, friends of teens who took their own lives, along with hopeful stories of young people who survived their own struggle…

Sorry, there are no recent results for popular articles.