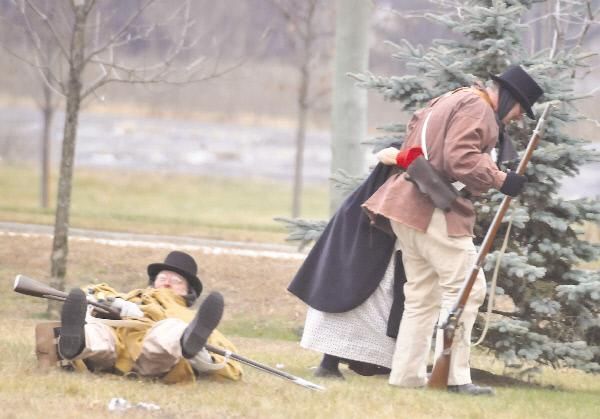 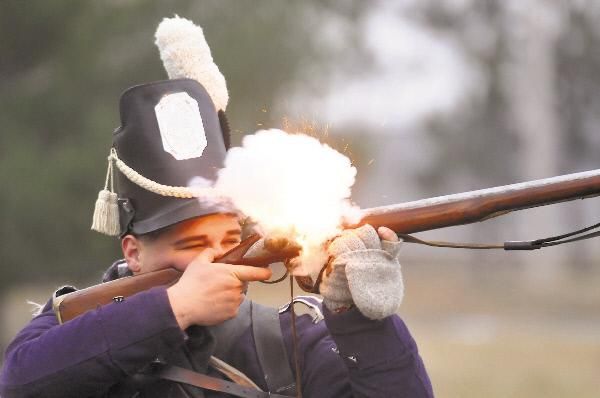 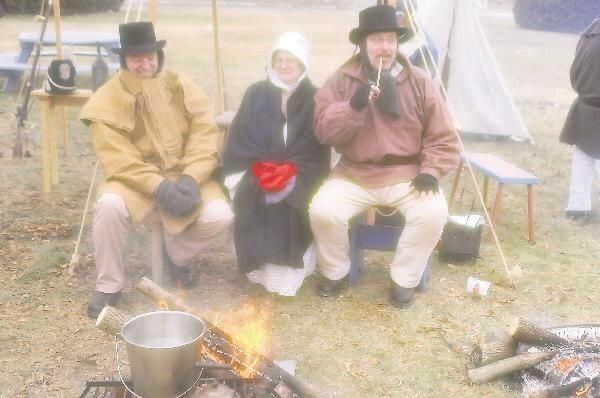 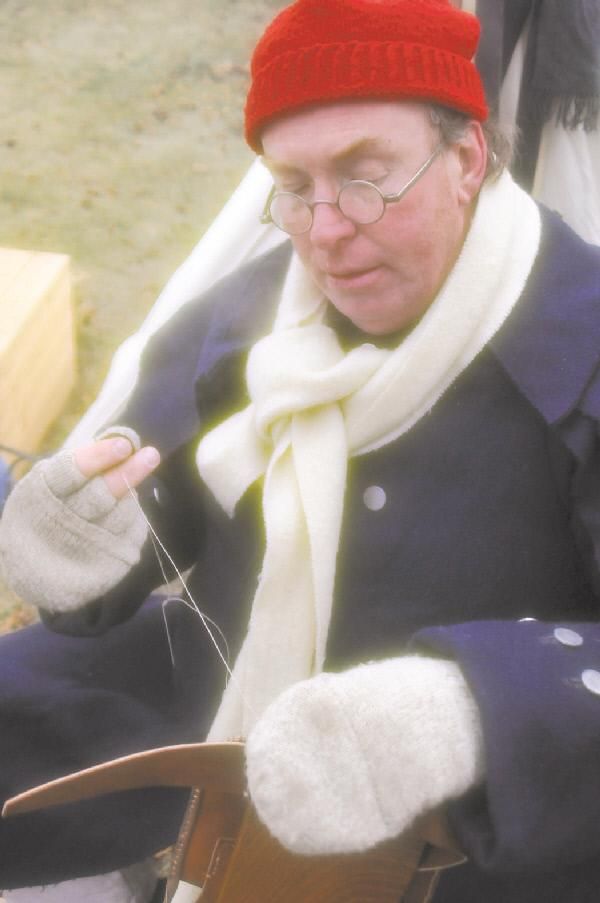 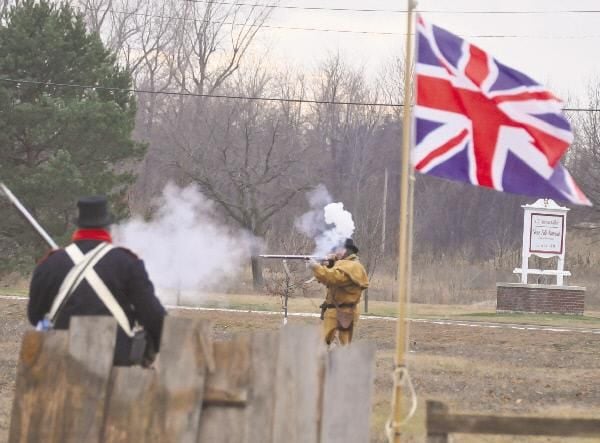 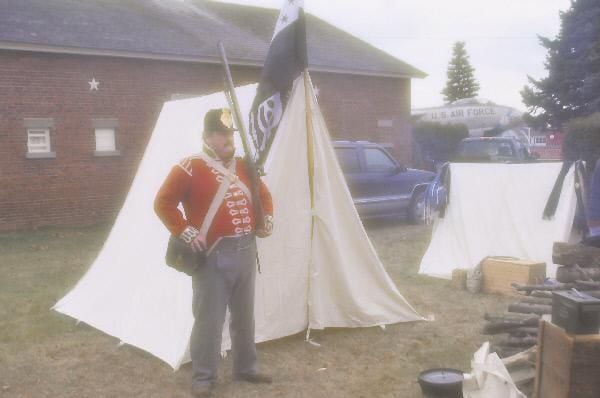 Most people woke up this morning in a warm bed after a good night's sleep.

However, four area re-enactors planned to sleep outside last night instead, braving the low temperatures in a re-enactment of Pike's Cantonment at the U.S. Oval in Plattsburgh.

In addition to the cantonment, which started Saturday morning and was planned to last until this afternoon, a border skirmish was also acted out.

The encampment took place in the winter of 1812, a year when snowfall began in October. During that winter, three regiments — the 6th, 15th and 16th — were camped on the south bank of the Saranac River near Fredenburg Falls and commanded by Col. Zebulon Pike in sometimes sub-zero temperatures.

"It kept the British from coming south to New York," said Thomas Pray, a private for the British army for the weekend's re-enactment.

Pray helped to plan the event with Josh Wingler — an American 15th Regiment re-enactor — and his wife, War of 1812 Museum Manager Kristina Parker-Wingler.

To honor those who gave their lives for the country we all know today, Pray — who has done these events for more than 30 years — said he decided to be part of a more genuine re-enactment. This is the fourth time they have acted out Pike's Cantonment, and the first year they attempted the overnight.

He said the decision to sleep there came down to one thing: If they were going to fully commit to re-enacting these historic events, they could at least do one overnight.

With period-specific replicas of tents, uniforms, weapons, camping supplies and even food, they hope to be as accurate as possible. They will have extra layers, though, as soldiers in Pike's Cantonment were only given a half-blanket apiece, which measured 3 feet by 4 feet.

Last night's dinner was beef stew, heated over the campfire. Pray and Wingler joked that local farmers often resented having either side of a war nearby, as it wouldn't be uncommon for their cows, pigs and chickens to disappear shortly after.

Even though the conditions will be tough for the re-enactors overnight — temperatures were expected to dip down to 23 degrees — it will still be much more tolerable than the conditions faced nearly 200 years ago in what Parker-Wingler called "the Valley Forge of the War of 1812."

"(It) will in no way compare to what happened at Pike's Cantonment," she said.

Estimates are that at least 170 of the nearly 2,000 troops died during those months.

When Gen. Henry Dearborn went back to Albany in late 1812, Pray said, he took the tents from the 15th Regiment with him, leaving the soldiers there to create makeshift tents out of canvas, boughs from trees or whatever else they could find.

Housing for the troops was in the works starting in late fall but was not finished until spring.

The skirmish represented one of many border fights that occurred during that time frame. Prices for many goods were higher in Canada, Pray said, encouraging American smugglers to ignore the trade embargo and sell their wares up north. The battle involved just that, an American smuggler who made it to the British side with Yankees hot on his trail.

Wingler, who has been doing these kinds of events for 10 years, said re-enactments come in many different forms and sizes, however it is sometimes small events like this that are able to teach some of the subtle truths that rang true for these historical figures.

"Sometimes it's the little things we do where you get a glimpse of what it really must have been like."

One of the realities that is felt through these events is the proximity of enemy soldiers to one another. The muzzle-loading weapons could fire up to three shots a minute, with a range of only about 100 yards.

"You are getting very close to your enemy," Wingler said, close enough to see the whites of their eyes.

Today's wars have lost much of that, he said, as computers enable fighting to be done from control rooms far removed from the battlefield. Wingler said this has made war less personable than it was in 1812.

One of the points making Pike's Cantonment stand out, Wingler said, is the fact that despite the dire conditions faced by troops, those in command never lost control.

"Considering how hard it was," Wingler said, it was impressive "there was no breakdown in command."

Some regiments, by comparison, revolted based solely on receiving orders they did not like.

Pray said this year's re-enactment is part of the continuing rebirth of attention to the War of 1812. For years, people have focused their thoughts on the other major battles of our nation's history, forgetting that Plattsburgh played a major role in securing our independence from the British during those years.

Parker-Wingler echoed those sentiments, saying with the help of the War of 1812 Museum there is growing interest among many to study that time period. As a result, she said the museum has plans to open up space for more exhibits in the coming years.