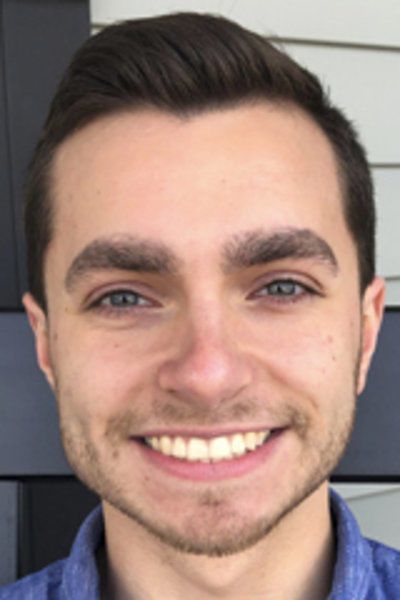 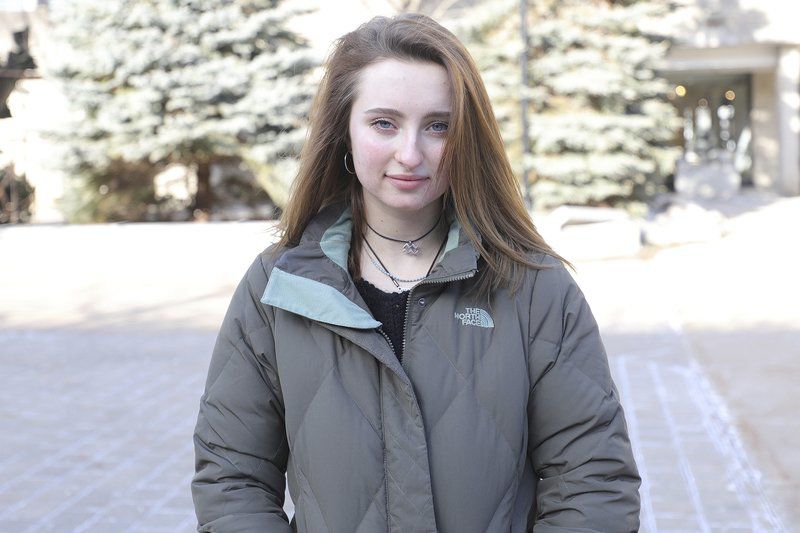 KAYLA BREEN/STAFF PHOTOJulia Mull overcame mental-health struggles as a pre-teen with counseling and the recognition, she said, “that I wasn’t just ending the chances of my life getting worse but also ending any chance of my life getting better.” Nick LaBombard (left) survived an attempt to end his life when he was in eighth grade. After he got treatment and promised himself to only look toward life, he said, “things just started getting better and better.”

KAYLA BREEN/STAFF PHOTOJulia Mull overcame mental-health struggles as a pre-teen with counseling and the recognition, she said, “that I wasn’t just ending the chances of my life getting worse but also ending any chance of my life getting better.” Nick LaBombard (left) survived an attempt to end his life when he was in eighth grade. After he got treatment and promised himself to only look toward life, he said, “things just started getting better and better.”

KNIGHTDALE, N.C. — Nick LaBombard thinks of depression much the same way he thinks of a habit.

“People have habits, and it’s very hard to break out of them,” he said. “Once you are depressed, it’s very easy to stay in that place.”

The SUNY Plattsburgh graduate, now 22, was diagnosed with obsessive compulsive disorder while in middle school at Beekmantown Central School District.

At the time, LaBombard said, he felt stuck in mental loops that guided him toward repetitive behaviors and, as an eighth-grader, those symptoms were heightened, lifting up his anxiety levels and dumping him into a deep depression.

“I was spending so much time trapped in the rituals of it,” he said. “Because it was affecting me so much on a day-to-day basis, it was really hard for me to see a future where I didn’t have those issues.

LaBombard said he struggled to find solace at school and home.

“I felt very much like an outsider at school,” he said. “I wasn’t bullied to the point where people would throw stuff at me or beat me; it was more psychological.”

And when he was caught in OCD rituals at home, his parents, Kelly and Annette, felt helpless.

It’s frustrating when you can’t do anything to help the person, LaBombard said.

“I ended up going to the hospital a couple of times because of panic attacks, and my parents really didn’t know how to handle it,” he said.

“I just lost myself.

“I felt really alone, like nobody really understood what I was going through. Whenever I thought I hit the floor, it just kept dropping lower and lower.”

SUNY Plattsburgh freshman Julia Mull, 18, said that when she was a preteen at Beekmantown Middle School, she also developed anxiety and depression.

She was struggling with a class at school and felt pressure from her classmates and parents.

“Everything was heightened,” she said. “Everything felt like I was climbing Mount Everest.”

Mull developed nervous tics and experimented with self harm to gain some sense of control.

“I felt like I didn’t have self-worth enough,” she said.

That’s how 17-year-old Joshua Bouchard said bullies made him feel when he was younger, too.

“I remember one time, this kid in lunch just turned around and punched me in the head,” he said.

But the bullies weren’t always students, the teen said; sometimes they were teachers.

The now Beekmantown High School senior recounted memory after memory of being bullied, both physically and mentally, until he turned to self harm.

“I was going through this for months,” he said. “Nobody tried to stop me. I was letting my body die.”

Though Bouchard and Mull considered suicide, they both got help.

“I showed the counselor the cuts on my arm,” Bouchard remembered. “She immediately put me in one-on-one lockdown and waited for my mom to show up.”

Mull started talking to a counselor and was prescribed medication, but she said it wasn’t until she had a change of heart that things began to look up for her.

“I would never be able to put my friends or my family through that,” was the thought that came to her mind. “This is not an option.”

But LaBombard awoke to that realization almost too late.

As an eighth-grader, he made an attempt to end his own life.

“That was probably the biggest mistake that I’ve ever made in my life,” he said. “I ended up being admitted into the hospital for about a full week; that’s the worst week of my life.

“Leading up to that was pretty horrible, but that week wasn’t fun either,” he continued.

“I specifically remember looking at my mom before my parents left, and I said, ‘Please don’t leave me.’

“That must have been really hard for her to hear.”

When LaBombard was discharged from the hospital, he felt like he had a different mindset.

“Not 100 percent better but on the right track,” he remembered.

Doctors had warned that the depressive thoughts could return, the teen said, and they did about a week later.

“But I made a promise to myself that I can’t do this,” he said. “That I’d never get into this bad frame of mind ever again.

“Thankfully, from there on out, things just started getting better and better.”

Now living with his parents and 24-year-old sister Monique in Knightdale, N.C., LaBombard said he is hunting for a job to use his B.A. in physics and is considering future enrollment in a graduate program.

“Looking back retrospectively, I realize all of the amazing things I’ve been through that I had no idea I would be able to go through,” he said.

He listed personal achievements including an upped level of self-confidence, success in the workforce, a strong circle of friends; improved health and fitness and an undergraduate GPA of 3.56.

“I even was invited by my third-grade teacher, Mrs. Craig, to talk to her class about what I was studying in college and how important the STEM fields are in modern society,” he added.

“I’ve met some of the most interesting people in my travels, and I never would’ve met them had my attempt on my own life succeeded.”

Above all, LaBombard said, he has been able to conquer his obsessive compulsive disorder.

“To the point where, now, I don’t really have symptoms of it,” he said. “If anything, I might overthink some things, but I don’t recognize OCD in myself at all.”

Though he has come out on the other side of mental illness, he said the choice he made nearly a decade ago still impacts him today.

“One thing I wanted to do when I got out of high school was I wanted to be a pilot for a major airline,” he said. “I fought for a couple of years to get my medical certification.”

But LaBombard’s suicide attempt made him ineligible.

“That one thing prevented me from living out my dream,” he said. “That was another thing I had to cope with, but I feel like things happen for a reason.

“When you do come out of something like that, you look back and wonder: What was I thinking?”

But getting to that point wasn’t easy, LaBombard said.

If depression is like a habit, he said, you should tackle it like any other habit: Challenge it.

“Ask yourself, Why do I feel this way? Is it just the way that I’m looking at the situation?

And it’s those positive thoughts that will make you more approachable and more accepting of help, Bouchard said.

“Negativity naturally pushes people away,” the high school senior said. “You have to get up and start fighting.”

Communication could be the best healer for mental illness, LaBombard said.

“The worst thing is if you’re not telling anybody and you’re bottling all of the feelings up,” he said. “It makes you feel like you’re the only one who’s thinking that way.”

But a stigma around mental illness can create a conversation barrier, LaBombard added.

“I think a lot of people are kind of just afraid to talk about it. I definitely think people who go through it feel like they’re alone or feel like nobody will understand.

“In reality, if you start talking to people, a lot of people have the same thoughts. You think they’re abnormal, but they’re actually normal thoughts to have,” he said.

Mull thinks being heard could be just as important.

“I really began to value kindness,” she remembered. “Listening was a great thing. Telling me when I was wrong in a constructive manner.

WHERE TO GET HELP

Text: got5 to reach a crisis counselor in New York state.

The toll-free 24-hour North Country Crisis Helpline number is (866) 577-3836. That number is answered by members of the Clinton County Mobile Crisis Team Monday through Friday from 8:30 a.m. to 7:30 p.m. Outside those hours, it is answered by an on-call crisis service.

Out-of-county calls are accepted but other options are:

The Essex County Mental Health Association Hope Line, (800) 440-8074. That number is staffed 24-7; leave a message and your call will be returned within 10 minutes.

If a friend of yours posts suicidal content on Facebook, let someone know — an adult, the police. And visit http://tinyurl.com/nuvnm29 to report it.

'Before It's Too Late' Teen Suicide Series

Interviews with parents, friends of teens who took their own lives, along with hopeful stories of young people who survived their own struggle…