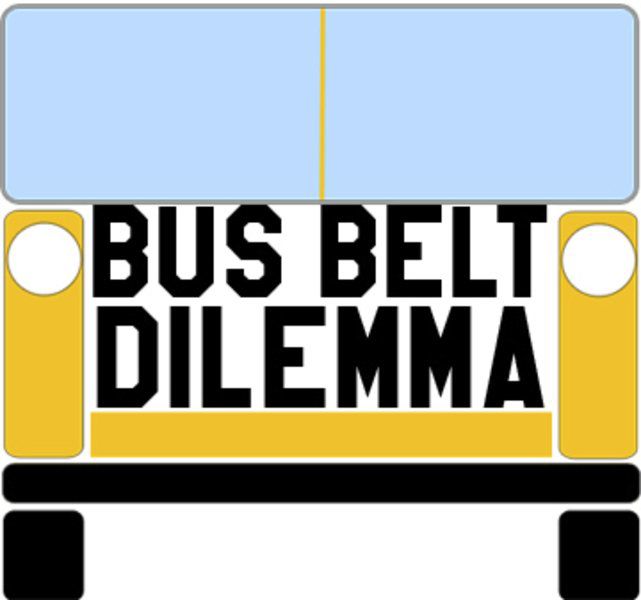 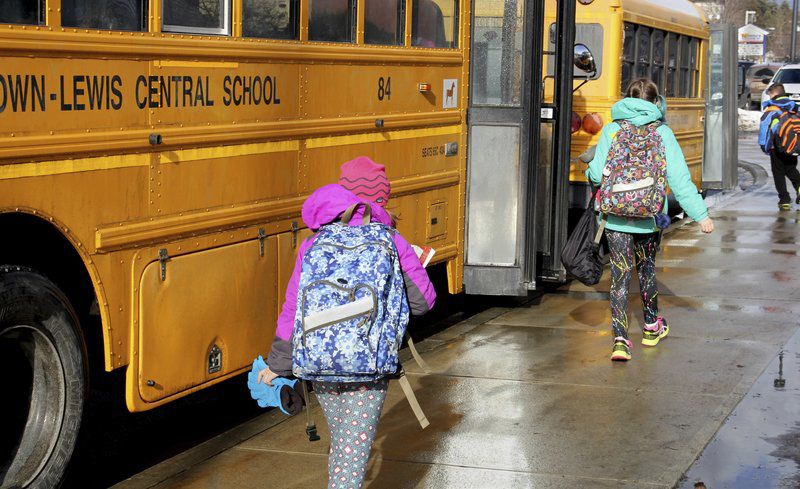 ALVIN REINER/P-R PHOTOStudents head for their buses at Elizabethtown Lewis Central School. By state law, the bus driver must buckle up, but restraints aren’t required for passengers.

ALVIN REINER/P-R PHOTOStudents head for their buses at Elizabethtown Lewis Central School. By state law, the bus driver must buckle up, but restraints aren’t required for passengers.

MALONE — The most serious North Country school bus crash in recent memory left one student with a broken leg, another with a head injury and a third with a back injury.

“When that bus went over the heave, those kids went up in the air,” Superintendent Jerry Griffin said then.

There were seat belts on that bus; they are required by law.

But just as in any school district in Clinton, Essex and Franklin counties, the children weren’t — and still aren’t — mandated to wear them.

The question of whether kids should be required to buckle up is one with many points of debate at the federal and state levels.

It also prompted a fierce back-and-forth discussion when the Press-Republican posted that question on Facebook recently.

“Seat belts save lives” is the position of the National Highway Traffic Safety Administration, which reiterated that stand following the high-profile school bus crash that killed six students in Tennessee in November 2016.

At the same time, the agency doesn’t outright recommend mandatory restraint use.

Buses are safe enough without it, is the position taken by many.

Less than one half of 1 percent of the 324,710 fatalities reported across the country between 2006 and 2015 involved a school bus, NHTSA statistics show, with just one in 10 of those deaths a bus passenger.

“There are numerous statistics which indicate that school bus transportation is, by far, the most safe form of roadway travel,” Plattsburgh City School District Superintendent Jay Lebrun said.

“The National Highway Traffic Safety Administration indicates that students are 70 times more likely to get to school safely when taking a school bus instead of traveling by car.”

Among the reasons is the design of the seats, known as “encapsulation,” Lebrun said, “which is why the seats are high-backed and padded on both sides.

“Students have cushioned impact both in the rear and the front.”

And buses are, in general, safer, he said, because:

• Traffic laws, such as protocols for interacting with buses with flashing red lights, are well-understood by drivers of other vehicles on the road.

• Buses are subject to regular mechanical inspections, including daily pre- and post-trip safety checks by drivers.

“As such — far more so than with most other vehicles on the roadway — school buses are sure to have properly functioning safety devices, (such as) brakes, lights, etc.,” Lebrun said.

And, he continued, they “are very large, stable vehicles capable of withstanding minor impacts quite easily.”

He maintained the data is just not there to ensure mandatory buckling up would make children safer than they already are.

The National Conference of State Legislatures says the same.

The type of crash is what concerns many who oppose mandatory buckling up.

“If there was an accident and the bus was on fire, time is a factor,” Chazy Central Rural School Transportation Supervisor Barry West said. “It would be very difficult for the driver to get everyone out quickly.”

Around the country in the last year, Sisson noted, there have been fires on buses, as well as buses that have gone off the road into bodies of water.

“And even in those situations, they had trouble evacuating all the kids before they were injured or before something catastrophic happened, and that was without kids being belted into their seats,” he said.

Others maintain a child protected by a seat belt is less likely to lose consciousness and be able to help himself.

There is debate, too, over whether students behave better when belted in, whether the belts in and of themselves can be problematic.

Some districts make sure the belts are tucked down in the seats, fearing kids might whip them around as weapons.

A MATTER OF COST

And even if the pro-seat-belt argument were to win, there’s another factor that would figure strongly into the decision: cost.

A NHTSA study indicates a combination lap/harness-type restraint can provide more safety and even promote better behavior among students on buses. But is the cost something school districts would be willing to bear when finances are already a struggle?

And even with lap belts alone, Sission notes, a full-size bus typically seats three to a seat, “but if you utilize the seat belts, and they’re larger students, you can only get two on a seat,” he said.

“You know right away that means you’re going to need a third more buses and bus drivers for your high-school runs.

“That’s a huge amount of money.”