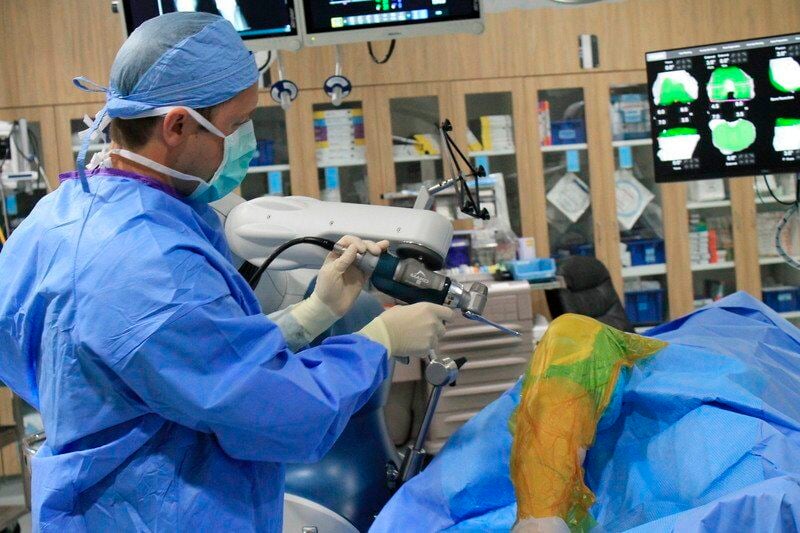 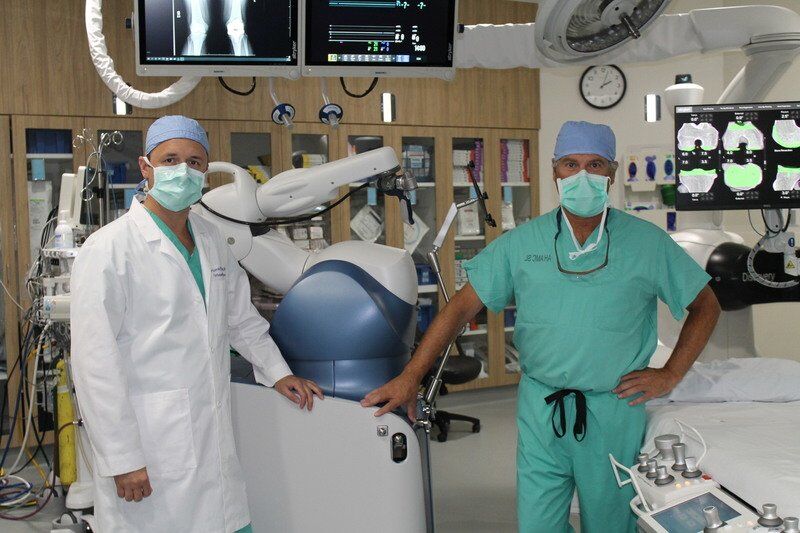 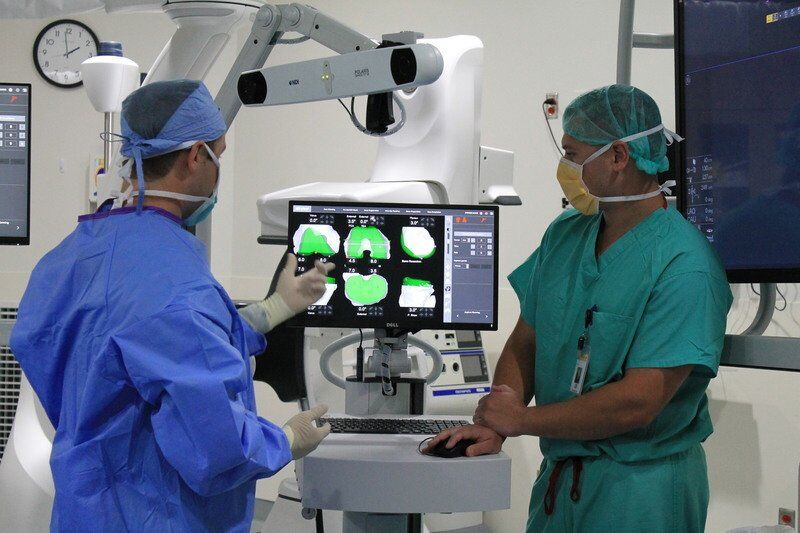 Prior to robotic surgery, Dr. Bartlomiej "Bart" Szczech said, surgeons had to make a choice: they could either use traditional instruments to make adjustments during surgery, or use the pre-manufactured materials of 3D technology to devise a plan before stepping into the operating room.

"The robot combines those two things," he said.

Lake Placid Sports Medicine, which has locations in Lake Placid, Plattsburgh and Elizabethtown, has a partnership with Adirondack Health. It was designated a comprehensive joint replacement center for excellence last year.

"One of my big passions was small community hospitals and community medicine," he said. "I focused on my training to figure out how to bring tertiary care, or large city medicine, to a small town community."

Adirondack Health then worked with a federal accrediting agency to outline the standards of a "joint center," which are now adhered to across the state, and were used in gaining its distinction, as well.

"We're able to prove that we can offer the exact same quality care, we're just able to do it closer to home for people," Szczech told the Press-Republican. "Before, if you wanted a complex joint replacement, your closest options in the state were to go down to Albany or west to Syracuse."

Szczech said total knee and total hip replacements were, in general, some of the more common elective surgeries across the country.

According to a presentation provided by Szczech, more that 600,000 knee replacements were performed yearly in the U.S. and more than 230,000 people have their hips replaced yearly, as well.

The orthopedic surgeon said studies have shown total hip and total knee replacement surgeries rising 600 percent over the next decade.

"For two reasons," Szczech told the Press-Republican. "For one, we have an aging population; our population of Baby Boomers are coming to the point where they are entering into their late 60s, 70s and 80s, so just from the regular wear and tear."

Younger individuals were becoming more and more at risk because of health problems,like obesity, he added, and "the injuries that accompany that."

"With the amount of increases in joint replacements, the amount of joint revisions are expected to increase significantly, as well," he said.

With those increases expected, Szczech said health centers should be not only establishing themselves as centers of excellence, but proving themselves, as well. The surgeon said Stryker's Mako Robotic-Arm has allowed Lake Placid Sports Medicine to do just that.

"With Mako, we can provide each patient with a personalized surgical experience based on their specific diagnosis and anatomy," Szczech said in a recent news release. "Using a virtual 3D model, Mako allows surgeons to create each patient’s surgical plan pre-operatively before entering the operating room.

"During surgery, we can validate that plan and make any necessary adjustments while guiding the robotic-arm to execute that plan."

Szczech said surgery takes about the same amount of time, as well.

"Which is huge," he said. "If you look at robotics in other fields of medicine, robotics tends to add time to surgery.

"What's nice about this is that it actually doesn't, so you don't have that sacrifice of added time."

"At the end of the day, we know that the joint that is placed better and is well better balanced lasts longer and this allows us to do just that," he said.

"I've used the machine for a number of cases and have gotten excellent results."