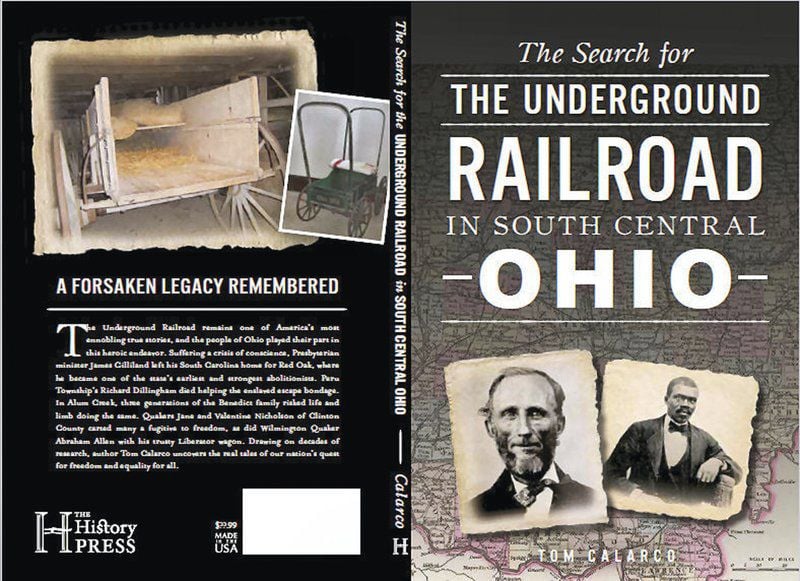 Tom Calarco's latest book will be released in October by The History Press. 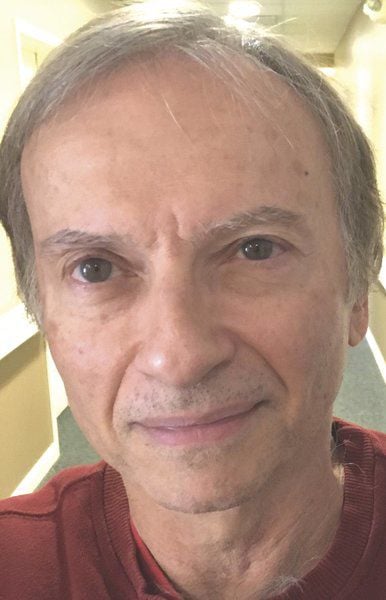 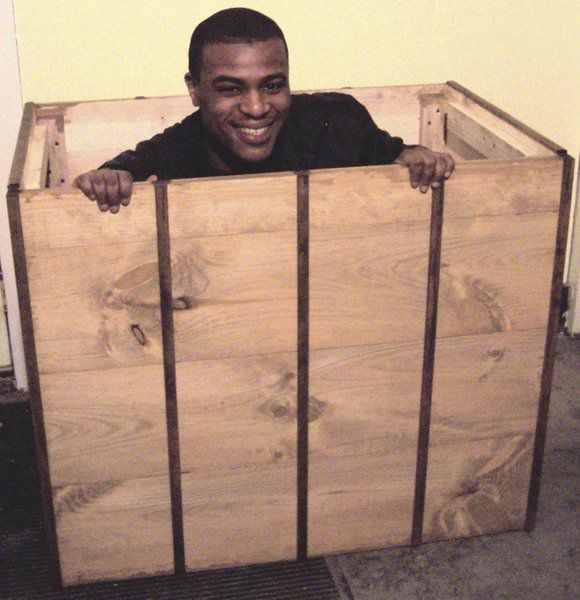 PHOTOS PROVIDED Fred Jiminson of Schnectady poses in a replica of what Henry "Box" Brown shipped himself in from slavery in Virginia to freedom in Philadelphia, Penn. Tom Calarco is donating the box to the North Star Underground Railroad Museum at Ausable Chasm for interpretation.

Tom Calarco's latest book will be released in October by The History Press.

PHOTOS PROVIDED Fred Jiminson of Schnectady poses in a replica of what Henry "Box" Brown shipped himself in from slavery in Virginia to freedom in Philadelphia, Penn. Tom Calarco is donating the box to the North Star Underground Railroad Museum at Ausable Chasm for interpretation.

PERU — Author and lecturer Tom Calarco sees many parallels between the present and 19th-century racial tensions in the United States.

He will talk about the meaning of this devolution, as well as Solomon Northup, Henry “Box” Brown and South Central Ohio Underground Railroad players — enslaved, free and white — in his Solomon Northup Day presentation.

The free event is set for 4 p.m. Saturday, July 21, at Peru Free Library, 3024 Main St., and is hosted by the North Country Underground Railroad Association.

Calarco's forthcoming book, “The Search for the Underground Railroad in South Central Ohio,” will be released in October by The History Press.

“Basically, our society is going backward when it comes to race relations,” said Calarco, who lives in Cincinnati.

“It's not going to be a focus of my talk, but I want to make people aware we need to keep fighting because we are losing our rights. And not just black people. Everyone is losing their rights.

"We have come a long way since the day of slavery, but it seems like the effects of slavery, all these years, are still with us.”

He juxtaposes backlash from the right and overt racism today with the compassionate and brave people who assisted fugitives on the Underground Railroad.

“This is something we should celebrate and something that we should keep in mind,” Calarco said.

Since living in his patch of Ohio, he has learned of the rich, hidden, Underground Railroad history there.

“There has not been any book written about it,” he said. “There have been some local studies. It hasn't got much circulation because there are no books written about it.

"When I got more involved in it, I started to learn some remarkable things.”

He realized someone should write about it, and it might as well be him before he left the state.

“When I did my research, I was really shocked to find some of the things that I found,” Calarco said.

“There were some people who had really strong and long-term involvement who gave up their lives in this area, and no one knows who they are.”

He likens his new book to his McFarland publication, "The Underground Railroad in the Adirondack Region."

“The Adirondack region wasn't nearly as active,” Calarco said. “This area was like the hotbed of the Underground Railroad, the heartbeat of it. People were crossing over the Ohio River."

He tracks the paper trail a little north of Columbus because of pro-slavery elements there.

“It was more dangerous,” he said. “They had a strong black community in Columbus, but it was small. They did help with the Underground Railroad. It was generally wise to avoid Columbus if they could.”

One of his main objectives in writing the book was to revive the reputation of Wilbur Siebert, author of the maligned “The Underground Railroad From Slavery to Freedom.”

“The original historian who collected all these stories of people,” Calarco said. “You have people like David Blight, who try to debunk Wilbur Siebert. I debunk David Blight numerous times in the book.”

Blight, director of the Gilder Lehrman Center for the Study of Slavery, Resistance and Abolition at Yale University, is the author of “Race and Reunion: The Civil War in American Memory.”

In Blight's chapter on the Underground Railroad, he questioned the veracity of Seibert's sources.

“He said Siebert used all these stories from the 1890s of people who didn't remember properly or they exaggerated the stories or they tried to make themselves look good,” Calarco said.

“It was like celebrating their time in the Underground Railroad when Jim Crow had reared its ugly head. In that point, (Blight) was right because they had fought their fight and Jim Crow came back.

"It's just like now. Martin Luther King fought his fight, and now racism is coming back again.”

Calarco investigated Siebert's accounts and corroborated them in newspapers, letters and primary sources of the time.

He went all in on the Addison White incident.

White was enslaved in Kentucky and escaped from slavery through the help of abolitionist Udney H. Hyde, a relocated Vermonter who spirited more than 500 out of bondage.

Slave catchers were thick on the banks of the Ohio River.

White's owner, Daniel White, found out he was at Hyde's Ohio cabin and sent U.S. federal marshals to storm the cabin in 1856.

The fugitive from slavery was sequestered in an attic room, but he was armed, and he was big, powerful and notoriously strong.

“They were not only fearful of physically confronting him, but he had guns as well,” Calarco said.

He said Blight referred to a 1890 newspaper article and said the people were exaggerating.

Calarco found at least 100 contemporary accounts of the White incident, even in New York City newspapers.

“I use court records to describe exactly what happened. It's in the book. And not only that, on the cover of the book are pictures of Udney Hyde and Addison White.”

“I want to confront it because I want the truth of the Underground Railroad to come out,” Calarco said.