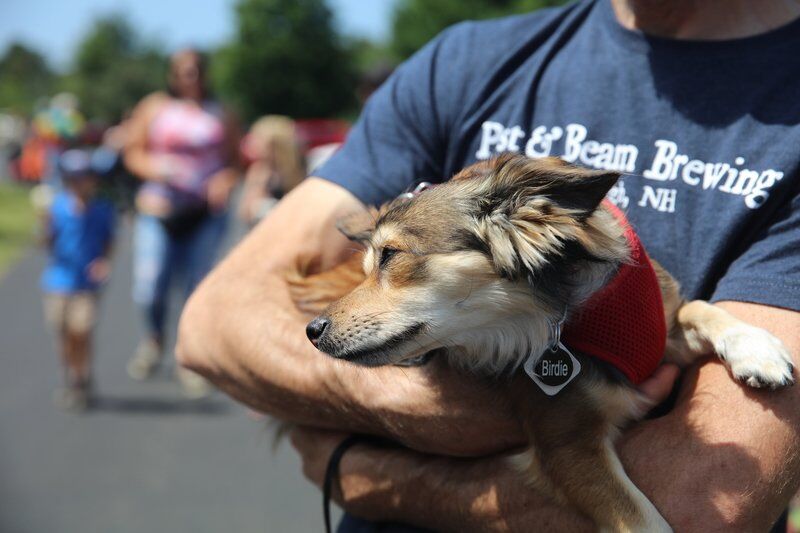 FERNANDO ALBA/Staff PhotoTwo-year-old Birdie being held in her owner's arms at the Redford Picnic in Redford Sunday. Birdie was rescued from a kill shelter in South Carolina. 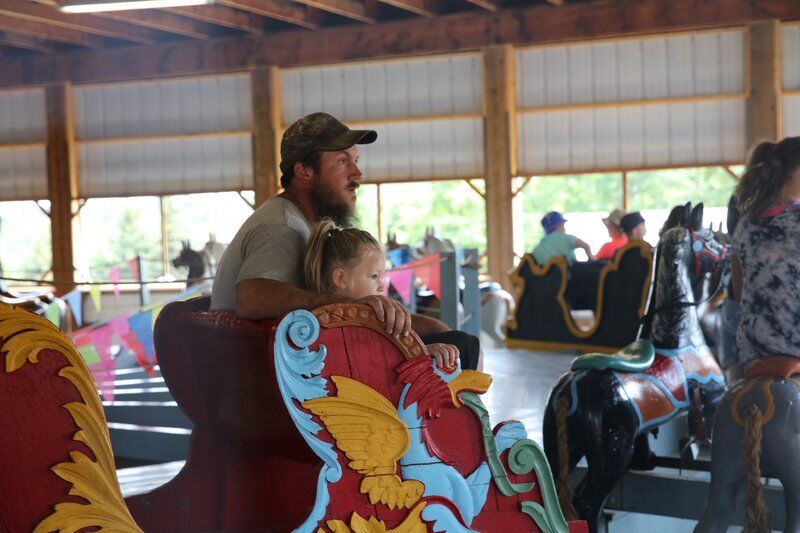 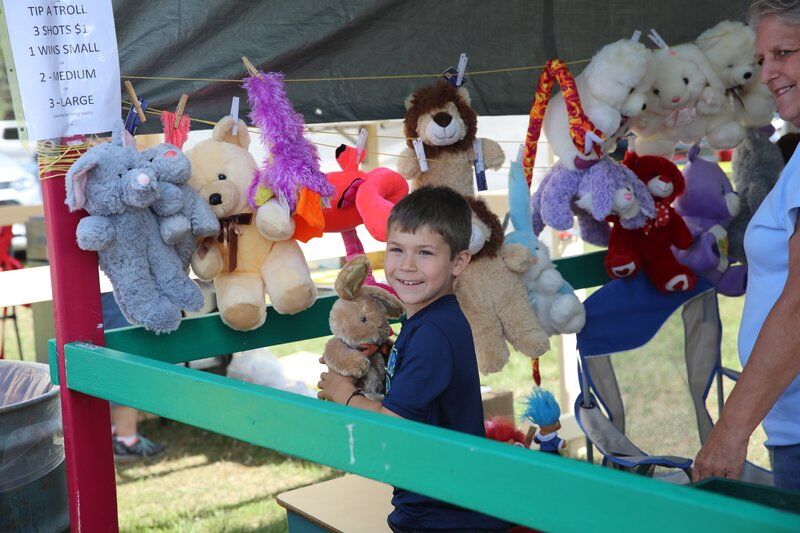 FERNANDO ALBA/Staff PhotoTwo-year-old Birdie being held in her owner's arms at the Redford Picnic in Redford Sunday. Birdie was rescued from a kill shelter in South Carolina.

REDFORD — After a rare pause due to the COVID-19 pandemic, the historic Redford Picnic returned for its 166th year Sunday. Organizers said the event hadn’t been canceled since 1942.

Linda Coryer, an organizer for the picnic for the last 15 years or so, said canceling last year’s picnic was difficult for the community.

“Some people cried,” she said. “We were ready. We hadn’t bought the food yet, but all of our stuff, we had.”

Pat Siskavich, who also helps organize the event, said the picnic hadn’t been canceled since 1942 because of World War II. She said it was also canceled in the 1880s. but she doesn’t know exactly why.

“It’s a yearly homecoming for everybody. Families come every year to Redford to meet one another,” Siskavich said. “For a small town, it’s pretty big.”

Annmarie Petrashume, who has been going to the Redford Picnic since she was little, said the event represents some of the region’s history.

“It’s one of the most traditional events to the North Country,” she said. “Everybody loves it, especially the little kids, up to the older folks in their 90s.”

For the town, the Redford Picnic provides a sense of community. To the Church of Assumption, the picnic is its only fundraiser of the year. But for the people who put it all together, it brings, “a lot of work,” Siskavich said.

It takes organizers weeks of set up for the event, which involves putting up the picnic’s booths for games and vendors, setting up the historic carousel, which is one of the oldest in the country, and more. Coryer said planning for next year’s picnic starts before the last one even ends.

“I already have a shopping list started,” she said of next year’s picnic.

Siskavich said many of the organizers are a dedicated bunch.

“You know what they say, ‘Once you’re on the picnic committee, it’s a life sentence,’” she said.

One of the organizers, who are volunteers, even included someone living in Virginia and others from other parts of New York. To Coryer, that highlights the sense of community the picnic brings.

“People come home for the Redford Picnic,” she said.

Coryer said the turnout this year was a good one, especially after some organizers anticipated there would possibly be less interest.

“We were thinking it might be diminished because we had skipped one, but the consensus has been that because people have been so cooped up, they are more likely to come,” she said.

“This year, it seems that people are ecstatic that we could go forward with this,” she said.