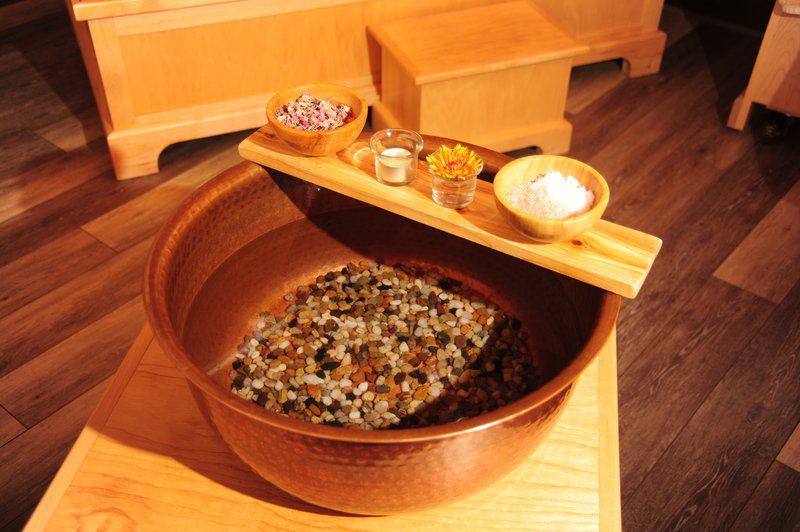 PHOTO BY JACK LADUKEA hammered copper bowl filled with stones is ready for a customer to come and dip their feet. 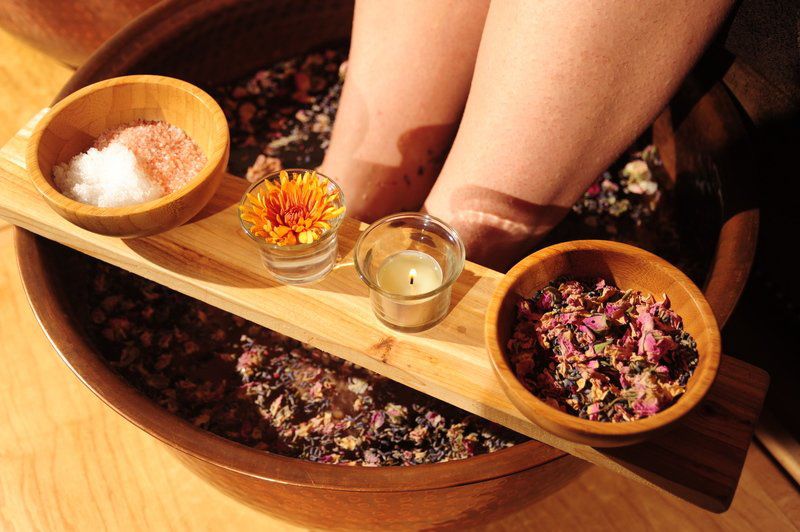 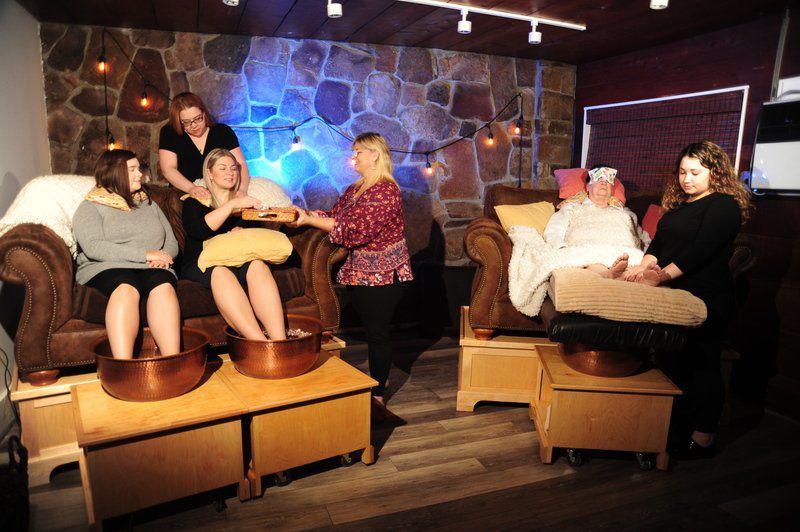 PHOTO BY JACK LADUKEA hammered copper bowl filled with stones is ready for a customer to come and dip their feet.

LAKE PLACID — So, what is a foot sanctuary?

Frazier thought the lack of insight could keep some guests at arm's length from her small Main Street shop.

A native to New York's Mohawk Valley, Frazier recently returned to her home state to be with partner Mark Schelle.

Though moving from Oregon, the therapist said, it was through eastern travels that the idea of a foot sanctuary was born.

"In Asia," she said, "everyone was getting foot massages. Everyone."

Frazier stayed there for about two months, and, she said, received a foot massage nearly every day.

"All of these parlors were on every corner," Frazier said. "I was really blown away and was so moved by their culture.

"There was a lot of ingratitude. There was this high level of service in the way that they treated each other and their clients."

Mixing her own 25-plus years of service experience with that of the eastern culture, Frazier created something all her own.

Behind the curtain of her shop sits the "sanctuary floor," complete with cozy couches, candlelight and soft music.

"The seats are up high so guests sit on a riser and the therapist can work ergonomically — they can stand or sit," Frazier explained.

"So, guests sit on a raised couch and soak their feet in a hammered, copper bowl with stones at the bottom."

Not only does the copper have benefits, Frazier said, but the soak was its own medicinal combination, mixing Epsom salt, Dead Sea salt, tub tea and a signature blend of herbs and botanicals that was created in coordination with Saratoga Springs-based Saratoga Tea & Honey.

"Just like aroma therapy, the soak brings a level of relaxation to your system, to your feet," Frazier said, adding that Dead Sea salt alone was comprised of more than 20 trace elements.

"You're absorbing those 21 elements, like potassium, magnesium, calcium," she said. "So, it balances your system.

"It's all natural to your body and to healing."

The Lake Placid parlor has a variety of ritual-based soaks, massages and other treatments, including facials and pedicures.

"The feet hold a lot, both metaphorically and physically," Frazier said. "They are what grounds us."

That's because, she said, there are 7,000 nerve endings on the bottom of the feet.

"Those reflexive points on your feet coordinate to your body, to your organs," Frazier said. "So if you have lower back pain, or if you have neck pain — it all connects.

"It's really a full experience."

And, Frazier said, that full experience was valuable for all walks of life.

"This is great for runners and for hikers and for skiers," she said. "But also for busy people, busy moms and just people who are on their feet."

The sanctuary floor can accommodate up to six people at a time, and, while smaller and larger parties are welcome, Frazier said the space was designed for duos.

"The model of the business is made for two people to come in together," she said. "While one soaks, the other gets a lower leg and foot massage.

In its 14 months since opening, Frazier said, Adirondack Foot Sanctuary has done nothing but grow.

Though some start apprehensive, the shop owner said, the concept has been well-received.

"Literally magic is happening," Frazier said. "People are loving what we do.

"When they leave, they hug us."

74, of Au Sable Forks, N.Y., passed away at CVPH in Plattsburgh. A Memorial Mass will be held at a later date. Services were entrusted to Thwaits-Zaumetzer Funeral Home.

63, of Au Sable Forks, passed away unexpectedly on March 29, 2020. A private family service will be held at the Thwaits-Zaumetzer Funeral Home, Au Sable Forks.