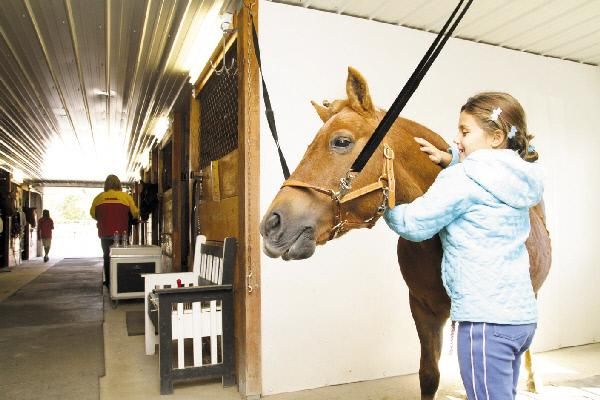 Christina Maglione, 7, of Plattsburgh shares a moment with Little Miss Piggy, her 17-year-old Shetland pony, during the Adirondack Lakes Pony Club open house at the Win, Place & Show Farm in Champlain. Maglione, who has been riding for three years and a member of the club since 2009, was one of the members on hand to give demonstrations in riding, grooming and other skills. 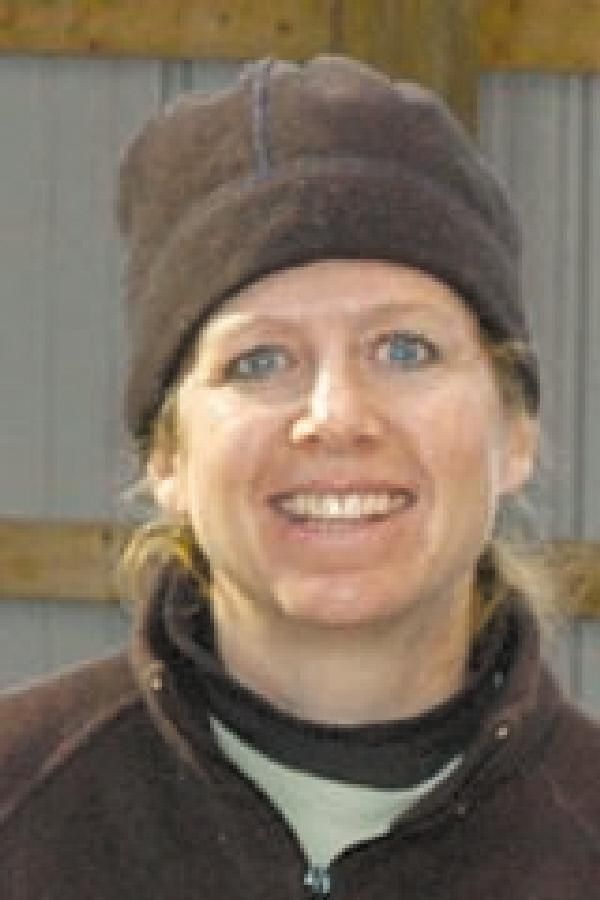 Christina Maglione, 7, of Plattsburgh shares a moment with Little Miss Piggy, her 17-year-old Shetland pony, during the Adirondack Lakes Pony Club open house at the Win, Place & Show Farm in Champlain. Maglione, who has been riding for three years and a member of the club since 2009, was one of the members on hand to give demonstrations in riding, grooming and other skills.

The Adirondack Lakes Pony Club is looking for people who share a passion for horse riding.

The club is seeking new members and encouraging people of all skill levels to join. An open house was held recently at Win, Place & Show Farm in Champlain to promote the group.

Kim Blair-Maglione, who will become district commissioner for the Western New England Chapter of U.S. Pony Clubs Inc. in 2011, said their progressive approach to horse riding allows students to work their way up to more advanced levels by covering the basics first and becoming comfortable with the horse.

The U.S. Pony Club was founded in 1954, with the North Country chapter now in operation for more than 15 years.

The open house brought a number of curious riders to the farm, and Blair-Maglione said they were excited by the turnout.

"We've had an excellent response today."

While it is up to the individual rider's level of comfort, ponies can often help inexperienced riders become more comfortable with bigger horses. As the rider's own level of expertise increases, they will continue to move on to horses of similar skill level.

"If you are considering taking up lessons, the instructor will fit you with an appropriate level horse," Blair-Maglione said.

Until about a year ago, the Pony Club rented out space at the Sun-E-Hill Horse Farm.

This year, Carolyn Reid, owner of Win, Place & Show Farm and club instructor, decided it was time to have a facility of her own, including an indoor riding area for the winter months. As a result, the Pony Club now meets at her facilities.

The indoor riding area provides shelter for the horses and riders, who in past years braved the cold, wind and ice during the winter.

Parker Sims, 17, has been riding since she was 2 years old. When she was about 9, she began to learn how to compete and is now the local club's longest-running member.

Being in competitions is much more than riding, she said. "It's very time consuming."

Feeding, grooming and taking care of your horse's needs is an all-day affair. But her favorite part is the chance to test her skills against other riders.

Reid, who has been teaching riding for 12 years now, is excited to be doing so at her own facilities now after renting other spaces for 10 years.

Her favorite aspect of teaching her eager students is the satisfaction she sees when they have given it their all and leave with a smile on their face.

"It makes the people feel better," she said about learning to ride horses. "I like being able to give them something positive to do."

Some people may learn just as a hobby, while others might be serious about one day being part of a college equestrian team or competing in the Olympics.

Reid said it gives her great satisfaction when her students meet their individual goals and, in the process, mature as a person.

People who want to join the club do not need to have a horse of their own, although lessons are less expensive for those who have their own animal. Reid provides half-leases for those who wish to share a horse.

When you drive by a farm, she said, people look at horses but don't quite understand all the work that goes into their care.

Being able to compete is even more difficult, but Reid believes the students learn invaluable lessons about life through the growing relationship with their animal.

"As you find out all the intrinsic aspects (of horse riding), it's truly amazing."