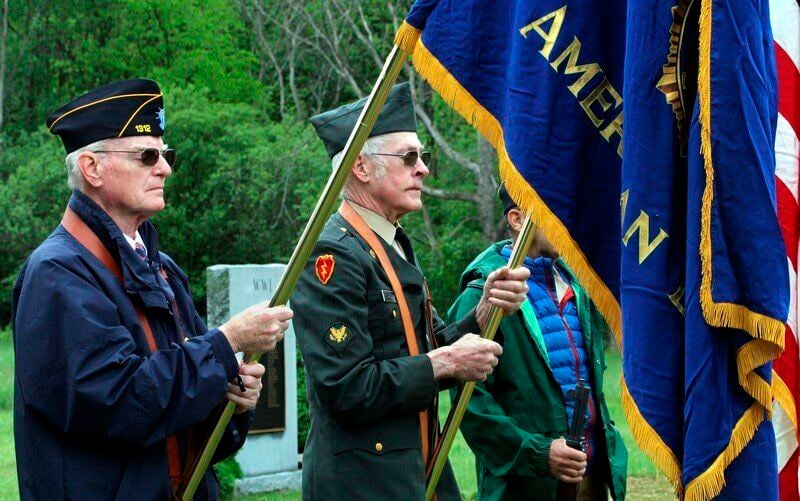 ALVIN REINER/P-R PHOTOMembers of Marcy Post 1312 of the American Legion honored those who served and in many cases died ensuring the freedoms we treasure today. 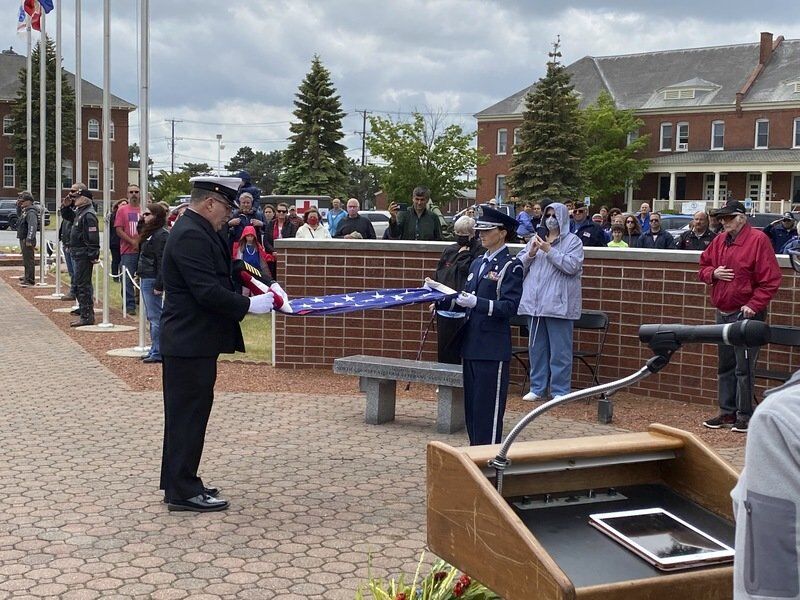 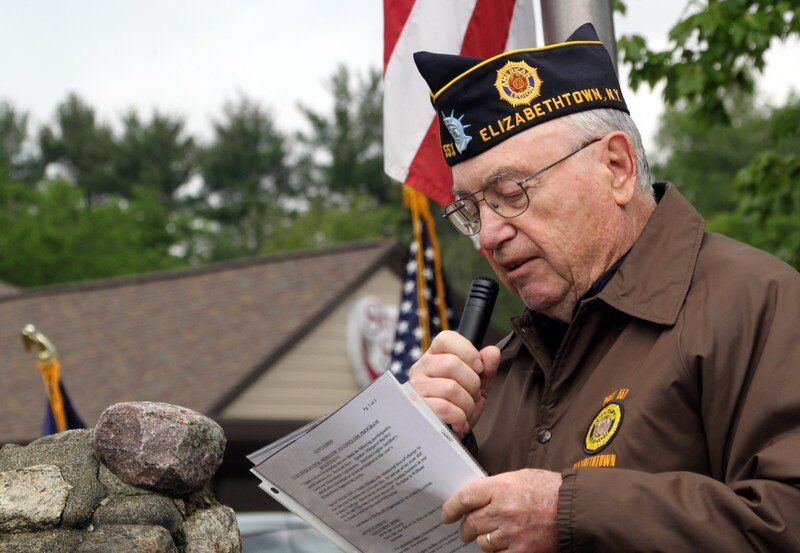 ALVIN REINER/P-R PHOTOMembers of Marcy Post 1312 of the American Legion honored those who served and in many cases died ensuring the freedoms we treasure today.

PLATTSBURGH — Memorial Day was recognized with solemn and poignant ceremonies throughout the North Country on Monday. A scene much different than a year ago when most ceremonies were canceled due to the COVID-19 pandemic.

"It's important to have these kinds of ceremonies because a lot of kids don't know the history," Ron Poland, commander of American Legion Post 1619 in West Plattsburgh, said.

"Kids don't know about the branches of government, they don't understand the military, the sacrifices that people made... I just saw a video where they asked people if we should just get rid of Memorial Day, and they didn't even know what it was for. Well, this is what it's for."

Post 1619's ceremony honoring all those who died during service of our nation or are missing in action, was held inside the post on Rand Hill Road and attended by more than 100 people.

The service featured a brief history of the Fountain Brothers, Charles and Kenneth, who died in World War II. The post is named after the two brothers from Plattsburgh.

"It's incredibly important for people to know some of the history," Poland, 64, and a 20-year U.S. Navy veteran, said.

Town of Plattsburgh Supervisor Michael Cashman said people should honor the Fountain Brothers and all veterans any chance they get.

"If you ever find yourself in St. Peter's Cemetery on South Catherine Street (in Plattsburgh) please look for the headstone that bears their names," Cashman said.

At a ceremony in the City of Plattsburgh on the Oval sponsored by the Disabled American Veterans Robert A. LaFountain Chapter 179, more than 100 showed up to pay their respects.

Mayor Chris Rosenquest read "In Flanders Fields," a poem by Canadian Lt. Col. John McCrae honoring those who died in World War I, and spoke about remembering the fallen.

"Memorial Day is a time for us to reflect on, and honor those who died while serving," he said.

"It is also an opportunity for us to keep them, and their families and loved ones, in our hearts and minds. It is a chance for us to carry their dreams and their purpose, to take up their torch for it to be ours to hold up high."

In Elizabethtown, in Essex County, Memorial Day ceremonies at Windsor Park were coordinated by American Legion Post 1319 of Elizabethtown and Lewis.

In addition, Margaret Bartley told of the destruction of the Boquet Cemetery.

In Keene Valley, also in Essex County, Memorial Day observances were held at the Keene Veterans Memorial Park with the cloud-shrouded Adirondacks as a backdrop.

Among those participating were Amy and David Nelson singing the Battle Hymn of the Republic, Rev. John Sampson offering opening and closing prayers, Keene Town Supervisor Joe Pete Wilson and members of Marcy Post 1312 of the American Legion.

Former town supervisor Tom Both served as master of ceremonies and in his remarks said, "We still strive for that highly elusive goal... enduring peace for all mankind."

A Mass of Christian burial will be celebrated on Friday, August 6th, at 10 a.m. at Holy Name Church, Au Sable Forks. Services were entrusted to Zaumetzer Funeral Home.