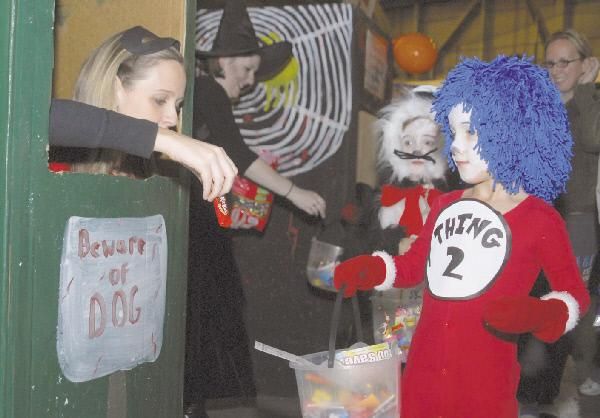 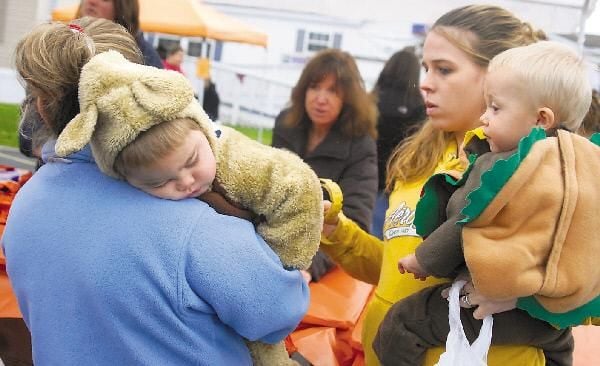 Wearing everything from the angelic to the demonic, trick-or-treaters will be out in force today.

Police, however, want children and their parents to keep safety first while roaming the streets for candy.

Officer Paul Rissetto of the Clinton County Sherriff's Department said one of most important things a parent can do is stay with their child while they are out.

Rissetto said he has not seen any major problems in recent years, however egg-throwing and other mischief is always an issue this time of year. Compared to Oct. 31, the night before Halloween known as "Cabbage Night" tends to produce even more vandalism, he said.

This year is unique as Halloween is on a Sunday, Risetto said, and children do not have school preventing them from being out.

"We have additional cars out today," Rissetto said, keeping an eye on vandalism as well as ensuring the safety of costumed citizens.

One of the most important things for children to remember, he said, is not to go inside a house by themselves. Parents should follow their young children either on foot or by car, although police urge motorists to make sure they are not blocking the roadways.

Before choosing a location to bring children trick-or-treating, Rissetto said parents should check the Clinton County Sex Offender Watch site to ensure they do not trick-or-treat at the homes of sex offenders.

According to Clinton County Sherriff's Office website, it is estimated that 80 percent of addresses are within 1 mile of a registered sex offender.

"Depending upon the level, what we promote is that sex offenders don't pass out candy (and) don't answer their door," Rissetto said. "We will also have deputies out spot-checking residences to make sure the sex offenders are following what their restrictions are."

Some sex offenders with certain probation or parole restrictions are expected to close their homes to visitors today, as well as keep their lights off.

Those going out at night should either wear reflectors or a lighting device or carry flashlights and glow sticks, he said. It is recommended that children stay in well-lit areas.

The Plattsburgh Housing Outlet held its 11th-annual Halloween Festival Saturday, with the $1 entrance fee for children going to the Ronald McDonald House in Burlington.

Michelle LaBounty, co-owner and marketing director for the Plattsburgh Housing Outlet, said she came up with the idea when her children were very young.

"There weren't really any other good events for children in the area at the time."

As a result, she encouraged local businesses and organizations to sponsor model homes where kids could trick-or-treat safely and off the streets. In keeping with the theme of safety, the sheriff's department offers children's identification cards and Safe Kids checks car seats.

"It's a way for small businesses like ours to come together and do something we wouldn't be able to do individually," she said.

After the city started its own safe Halloween alternative, "Trick or Treat on Safety Street," LaBounty said she toyed with the idea of discontinuing the event. She ultimately decided against the idea.

Held at the Crete Civic Center Friday night, the event — held by the Clinton County Chamber of Commerce and City Recreation Department — had children and parents lining up out the door.

"If parents are going to spend that kind of money on a costume," she said, "being able to attend multiple events makes them happy."

LaBounty said this Saturday they hope to surpass the $35,000 mark for donations since the event's inception.

Plattsburgh State Police Sergeant James Bousquet urged parents to check all candy in a well-lit area. Any candy that is unwrapped or homemade should be discarded.

Younger children should do their trick-or-treating during daylight hours, he said. For older children, it is essential that parents establish ground rules. This includes knowing where the child will be, where they are going and when they expect to be done. Costumes should also not block vision, he said. It is important to have a costume that is the proper size, as children can trip and fall over ill-fitting outfits.

If any suspicious activity is detected, police ask that you call 911 or your local police station immediately.