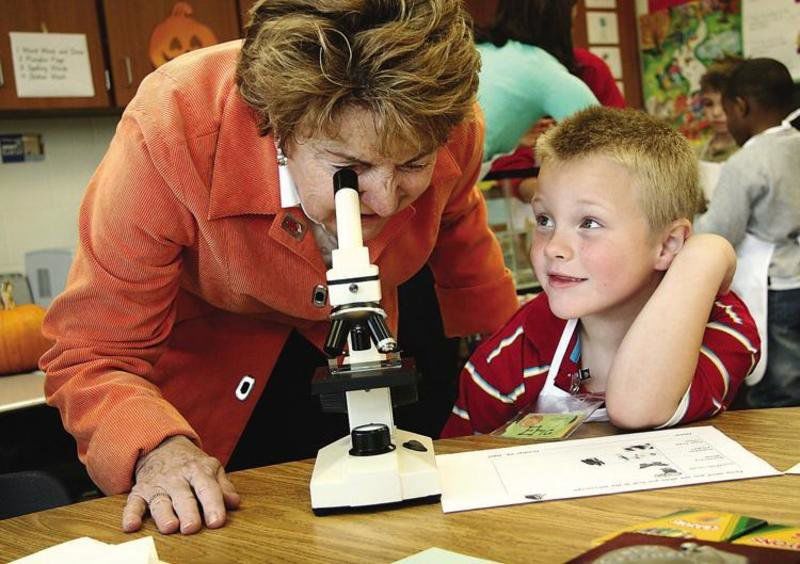 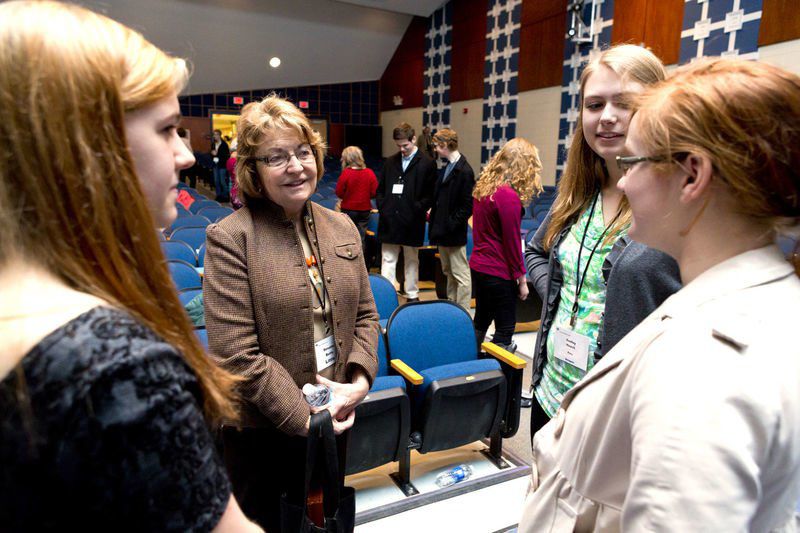 PLATTSBURGH — State Sen. Betty Little will not seek re-election and will retire from the Senate at the completion of her term on Dec. 31, 2020.

"The 45th Senate District is without any question the best in the entire state," she said at a press conference at the Clinton County Government Center Thursday.

"It certainly has the best people in it who are working hard to improve their own lives, but more importantly to improve the lives of their community.

"I really can’t say enough about what an honor and real, real privilege it has been for me to be able to do this."

Little, 79, first announced her upcoming retirement at a news conference in Glens Falls Thursday morning before coming up to Plattsburgh.

At the latter event, she reflected on her career with a grateful heart before elected officials, supporters and members of her staff.

“I don’t think I ever imagined this was the direction my life would take me and this is what I would be doing."

According to a news release, Little was born and raised in Glens Falls and is a long-time Queensbury resident.

She was elected to the Warren County Board of Supervisors in 1986.

In 1995, she was elected to the 109th Assembly District seat, where she served for seven years before running for the 45th Senate District when longtime Sen. Ronald B. Stafford announced he was stepping down in 2002.

She has won re-election eight times since, and during her tenure sponsored 322 pieces of legislation that were signed into law by the various governors, the release said.

Her work has also included five amendments to the state's constitution.

She currently serves as the Senate Education Committee's ranking member.

Little's Senate district covers all of Clinton, Essex, Franklin and Warren counties as well as parts of Washington and St. Lawrence counties.

Little said the decision to announce her retirement Thursday was spurred by a St. Lawrence County endorsement hearing scheduled for that night.

Over Thanksgiving, five of her six children and 16 of her 18 grandchildren were home, and they have been very supportive.

“My youngest son, I thought, put it pretty well," she said.

Her other two "acts" included 19 years as a stay-at-home mom and her career as a teacher on Staten Island and Queensbury, with some real estate in between.

Little said she had considered retirement last cycle, but there were "a lot of things in the fire."

However, the day she went for groceries at Hannaford, left her wallet and cell phone in a grocery cart, and did not realize they were missing until two hours later struck a chord.

"Fortunately, I called Hannaford and they had it. So I said, 'That is a sign.'

"And, you know ... I would never want to do anything halfway and I just think it’s time to step aside."

Over the next year, Little plans to continue focusing on improvements to rural broadband access and cellular service.

"We need to bring everybody into the new day where cell coverage and internet is important for health, for safety and for our economy."

She also plans to focus on continuing to help with the Boquet Valley Central School District merger and dealing with impending criminal justice reforms.

On her local contributions, Little pointed to the Whispering Maples Memorial Gardens mausoleum, for which she secured funding and pushed legislation, and the role she played in enabling Champlain Valley Family Center to transform the vacant former juvenile detention facility in Schuyler Falls into its Recovery Campus.

The senator has also worked to bring state leaders in Albany to the area to visit manufacturing companies.

Little praised her staff, saying they have tried to make sure they help everybody they can.

“We’re all looking at it like breaking up a family.”

Little said it was intimidating to follow Stafford, who held her seat for 37 years.

"But I had the opportunity for seven years to work with him as Assembly member."

She recalled that he gave her good pieces of advice.

"He said, ‘Don’t ever buy all your gas at one gas station. Move around.’

"And the second one is, ‘When you’re really, really tired, do not stand up and give a speech.’ That rings true all the time and I’ve actually passed on giving a speech once or twice."

Little remembered that, while speaking to a senior citizens group when she first ran, a lady in the corner asked if she was going to stay around for 37 years.

"And I said, 'Absolutely not; you can take that to the bank,'" she said, to laughs.

On being in the Senate minority, Little pointed out that she had some experience with that while an Assembly member.

"I’ve always said Election Day ends at midnight, thank God, and whoever gets elected, that’s who you work with.

"And if you don’t work with those people, you will not resolve anything."

Little said she has been asked what she considers her best achievement.

"I think I’m best when I bring people together and we sit down, talk about the issues and try to see how they can be resolved."

— Editor in Chief Joe LoTemplio contributed to this report