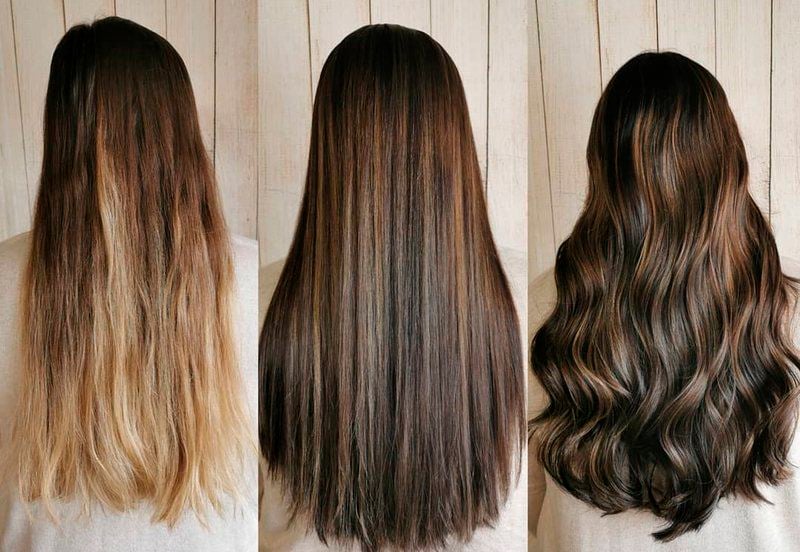 PHOTO PROVIDED Hair artist Kristin Velie posted this photo on her Instagram page (instagram.com/hairbykristinvelie) showing the transformation of a client from "Before, After Straight (and) After Curled. 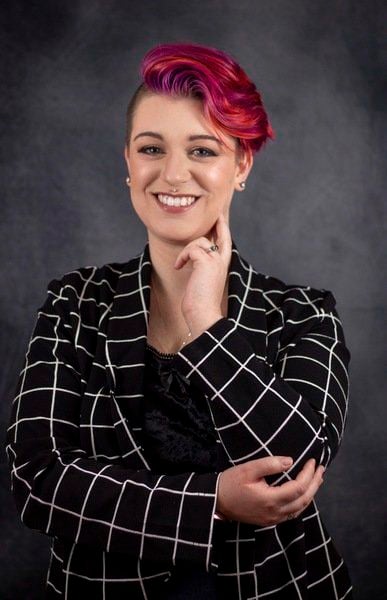 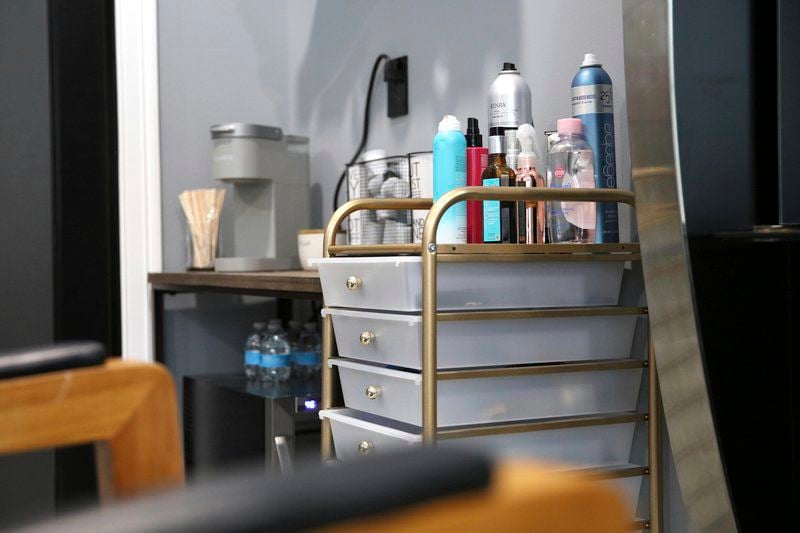 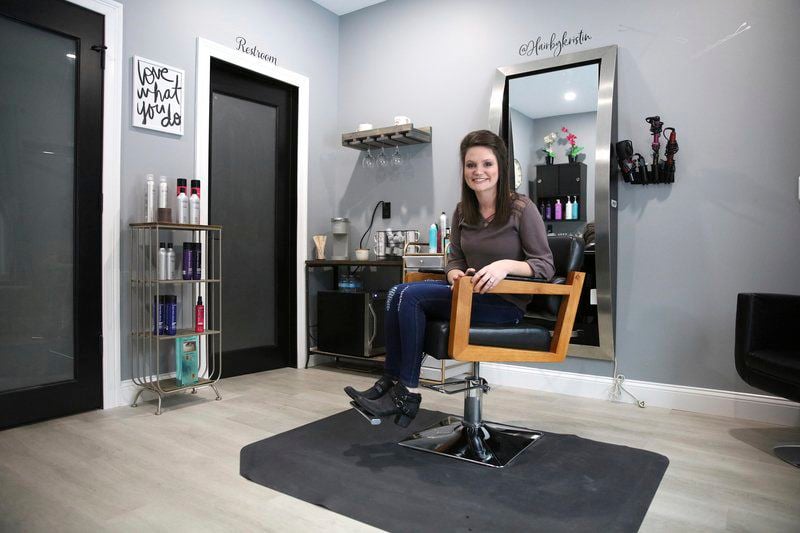 KAYLA BREEN/STAFF PHOTOHair Artist Kristin Velie, owner and operator of Hair by Kristin, poses in a salon chair located inside her new 200-square-foot salon on the Stafford Road in the Town of the Plattsburgh.

PHOTO PROVIDED Hair artist Kristin Velie posted this photo on her Instagram page (instagram.com/hairbykristinvelie) showing the transformation of a client from "Before, After Straight (and) After Curled.

KAYLA BREEN/STAFF PHOTOHair Artist Kristin Velie, owner and operator of Hair by Kristin, poses in a salon chair located inside her new 200-square-foot salon on the Stafford Road in the Town of the Plattsburgh.

Local Hair Artist Kristin Velie said it was difficult to spot a look on the rise before it hit the top of a client's newsfeed.

"Hair to me is like fashion. When it's trending, people see it and want it," she said.

"But it can be hard to know what's trending until someone walks through my door, shows me a picture and says, 'I want this.'"

To keep her skillset in style, the hair colorist attends hair shows on an annual basis.

Taking a glance at last year's hair trends, Velie thought the top one was easy to spot.

"Sort of like a color melt, where we blend the natural hair into whatever color the client wants," she said.

While both a balayage and a shadow root used the same technique, Velie said the latter started coloring a little closer to the client's root.

"It's just the placement of where the color starts," she said.

Velie, owner and operator of Hair by Kristin, recently moved out of her former salon on Bridge Street and opened a new 200-square-foot space on the Stafford Road in the Town of the Plattsburgh.

The hair artist's clientele was mostly women between the ages of 19 and 35 and, she said, on average, 90 percent of them get balayage.

"I think it's so popular, because it's a once or twice a year type of deal," she said.

Which was unlike other hair-coloring techniques, such as foiling, she added, which required touch-ups every four to six weeks.

"A problem you run into is that balayage and shadow root are a lot more expensive than your average foil," Velie said, adding that it was about $80 extra.

Looking ahead, Velie expected fashion colors, like blues and reds, to become more prominent in the hand-painted methods.

And, she added, hair extensions have been on the rise for a few months.

"Those are definitely trending; I see way more people doing them," she said. "I recommend them for people trying to grow out their hair.

Or for people who have postpartum hair loss and their hair isn't thick anymore.

"I've been doing lash extensions since March and it is becoming more popular," DuBrey said, "especially in the bridal community."

DuBrey, a North Country native, said she was once a music major in Pennsylvania before becoming a licensed esthetician.

"That means I do physical enhancements, like facials, makeup applications and lash extensions," she said.

DuBrey said the latter takes about 2 hours and can range from $70 up to $200 for the first set.

"They last about a month, which is the regular life cycle of your lashes," she said, adding that they fall out with the natural lash. "Then, you get them touched up every two, three or four weeks."

So that makes them look really big."

The esthetician said dermaplaning was a popular treatment right now, too.

"It’s essentially taking a very sharp blade against the skin and lifting all of the peach fuzz, called vellus hair," DuBrey said.

"It also exfoliates the skin, lifting all of the dead follicles out. It gives a nice glow and helps reduce the look of acne scarring.

You do that once a month and it’s a really good deep exfoliation for the skin."