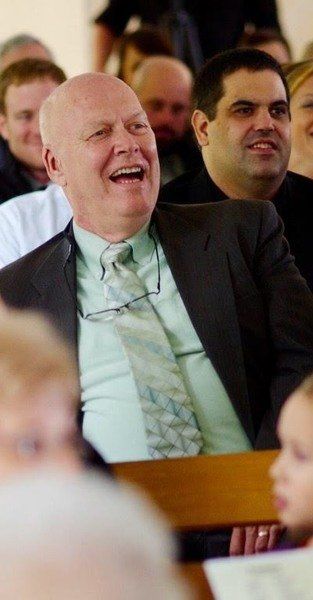 PHOTO PROVIDEDDuring more than two decades in the Plattsburgh City School district, Thomas Glasgow served as principal of all three current elementary schools and Plattsburgh High School. With the start of the new school year, one of those schools, Bailey Avenue Elementary, will be renamed in Glasgow’s honor. 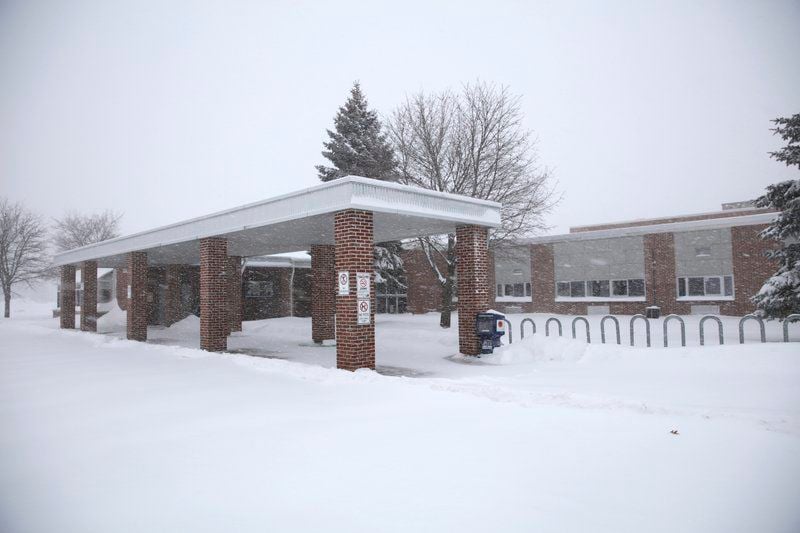 KAYLA BREEN/ STAFF PHOTOIn a resolution during a recent Plattsburgh City School Board Meeting, all members present voted to move forward with re-naming the Bailey Avenue school building “Thomas E. Glasgow Elementary School” after the man who, during more than two decades in the school district, served as principal of all three current elementary schools and Plattsburgh High School.

PHOTO PROVIDEDDuring more than two decades in the Plattsburgh City School district, Thomas Glasgow served as principal of all three current elementary schools and Plattsburgh High School. With the start of the new school year, one of those schools, Bailey Avenue Elementary, will be renamed in Glasgow’s honor.

KAYLA BREEN/ STAFF PHOTOIn a resolution during a recent Plattsburgh City School Board Meeting, all members present voted to move forward with re-naming the Bailey Avenue school building “Thomas E. Glasgow Elementary School” after the man who, during more than two decades in the school district, served as principal of all three current elementary schools and Plattsburgh High School.

PLATTSBURGH — By next school year, Bailey Avenue Elementary School will bear a new name inspired by a beloved former administrator and Rotarian.

In a resolution both introduced and adopted during a recent Plattsburgh City School Board Meeting, all members present voted to move forward with re-naming the building "Thomas E. Glasgow  Elementary School" after the man who, during more than two decades in the school district, served as principal of all three current elementary schools and Plattsburgh High School.

"I think Tom is the personification of Bailey Avenue School," said Bill Duffany, a former student and member of the committee that put forward the idea.

"He just exemplified everything that you want as a role model for your kids and for your teachers and even for your administration."

Duffany began thinking about a way to honor Glasgow when he passed away in October 2017.

He was unsure of the steps to take to name Bailey Avenue after him until he spoke with Jim Snook of the Plattsburgh Sunrise Rotary Club, of which Glasgow had been a member.

Snook told Duffany he believed just a piece of paper could get the process started and connected him with Libby Quéguiner, one of Glasgow's fellow Rotarians and another former student.

Quéguiner, Duffany and his first-grade teacher Beverly Dubray formed a committee and, through canvassing other former students and teachers Glasgow had worked with and fellow Rotary members, found overwhelming support for their proposition.

In November, the three sent a letter to the district signed on behalf of each of those groups, which ultimately led to the board's vote to move forward in January.

"I would name a school after Tom in a heartbeat," Board Member Ronald Marino had said at the meeting.

Duffany said they chose Bailey Avenue since that is where Glasgow spent the majority of his administrative career.

Throughout the process, he maintained contact with Glasgow's family, including one of his sons, Thomas E. Glasgow II, with whom he has been friends since they were both Bailey Avenue students.

Tom II said he was honored and touched when he first learned of their plan, and surprised by how quickly it all came to fruition.

"I think there was a tremendous amount of support, and I think that’s how it happened so rapidly."

Duffany, currently a history teacher at Beekmantown Middle School, said his kindergarten year at Bailey Avenue was Glasgow's first as principal of both that school and Oak Street.

Since Tom II was part of his group of friends, they had the benefit of knowing the elder Glasgow as a role model outside of school as well.

"When I went to college for teaching, he was my biggest supporter and became a mentor to me in education," Duffany said.

"I don’t think I would be a teacher if it weren’t for Tom Glasgow."

Duffany said the principal was the same person both inside and outside school.

"He was somebody who just loved music and singing and laughter and he was just a kind, gentle soul."

Quéguiner moved to Plattsburgh in third grade, and Glasgow was her principal at Oak Street School.

"He was so welcoming and really paid a lot of attention to make sure that I was adjusting to a new school."

And when she joined the Rotary Club — of which she is the current president — he remembered her as a former student.

"He was just always such a great person and especially loved in our Rotary Club."

When she recently asked fellow Rotarians for their favorite memories of Glasgow, they spoke to his jovial nature, how he brought fun facts to meetings and his love of singing, particularly "Eve of Destruction."

Duffany said former students will probably remember how Glasgow would don crazy Halloween costumes, have lunch discussions with groups of kids and sing "Happy Birthday" to them each year.

"It made you feel special," Tom II said, "and he did it to me just like he would do it to anyone else."

His father continued that tradition while PHS principal.

"He didn’t want to embarrass anybody either so he would ask them," Tom II said.

"Every little kid wants their birthday sung to them but in high school, he would ask and some would say no but a majority would say yes and he would oblige."

Tom II described his father as an incredibly modest person who would not have wanted solo recognition.

"If he were still alive, I’m sure he’d tell you that it wasn’t about him, it was about all the teachers and the staff there that made Bailey Avenue, Bailey Avenue."

Though it was difficult having his father as principal, Tom II said he was not singled out in any way.

Tom II imagined that his father treated the other kids as though they were his own as well, the way he would want his own son treated.

Tom II felt that, in a way, putting the name "Glasgow" on Bailey Avenue will honor not only his father, but also his grandfather, a Beekmantown principal; his mother, Joyce, a former Peru Primary School principal; and his two teacher sisters, one of whom still teaches at Peru.

It's "a way to honor the name and the dedication to education in the North Country that my family’s been a big part of," he added.

Tom II wanted to thank everyone who contributed to the re-naming: the committee, the Rotary Club, the school board and anyone else who played even a small role.

"It is a tremendous honor for the family and we’re deeply touched by it."

89, of Plattsburgh, died Wednesday, April 8, 2020 at Meadowbrook Healthcare . He was born in Sciota on July 16, 1930. Services will be at a later date . Arrangements are entrusted to the Brown Funeral Home, Plattsburgh.

96, passed away in Vero Beach, Fla., on April 8, 2020. A Mass of Christian burial will be held at a later date at Holy Name Church, Au Sable Forks. Services were entrusted to Thwaits-Zaumetzer Funeral Home.