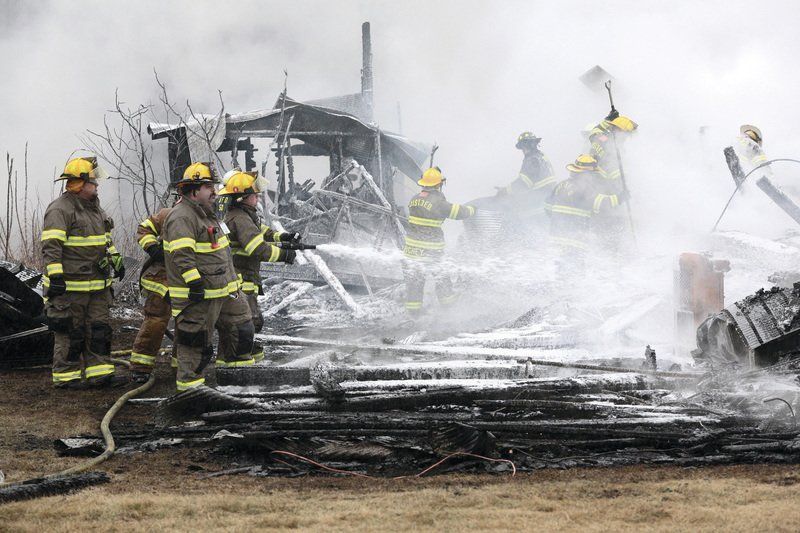 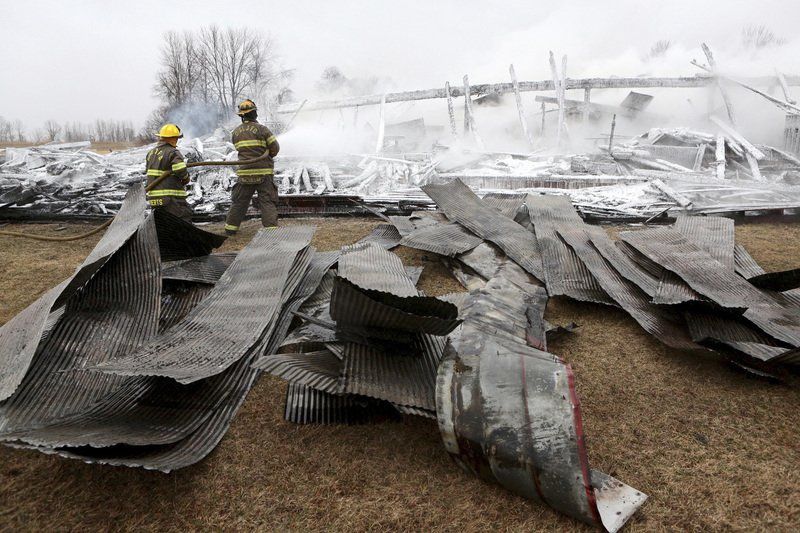 GABE DICKENS/P-R PHOTOFirefighters spray the smoking remains of the barn with foam while pulling out lengths of the metal roof to uncover smoldering debris.

GABE DICKENS/P-R PHOTOFirefighters spray the smoking remains of the barn with foam while pulling out lengths of the metal roof to uncover smoldering debris.

Clinton County Dispatch dispatched firefighters to the fire at 5:14 p.m.

Burnell said no animals were inside the barn when the fire started, since it is used for storage.

The barn’s owner, Felix Desso, who lives next door, stood by a small nearby barn with a red and gray umbrella as firefighters worked to finish the job.

Desso learned about the fire through a phone call. “I had no idea it was burning.”

Items stored inside the barn included one tractor, Desso said.

Departments from Beekmantown, Cumberland Head, Morrisonville, Saranac, West Chazy and South Plattsburgh were dispatched to the site as part of the tanker task force.

Cadyville and Peru crews were asked to stand by at the District 3 Fire Station.

Rain continued to pour as the dozens of firefighters concentrated their efforts on overhaul, white smoke billowing off the charred remains.

“It’s not helping us,” Burnell said of the weather.

Just after 6 p.m., crews were working to cover the rubble and smother what remained of the fire.