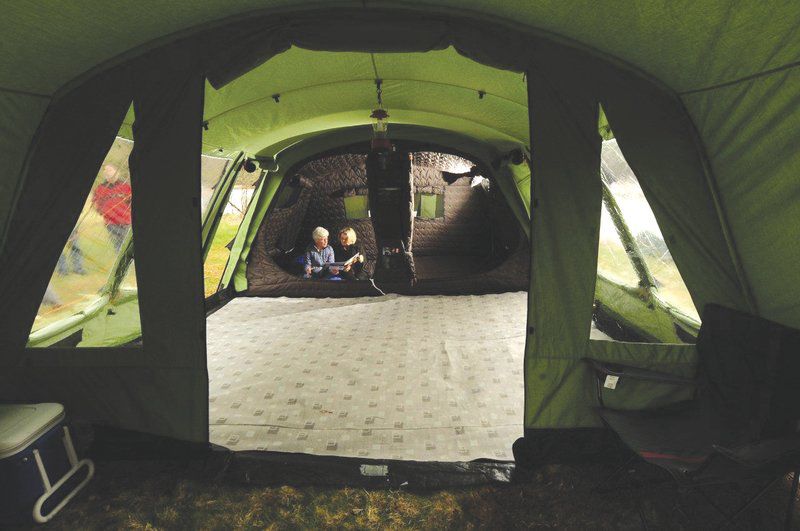 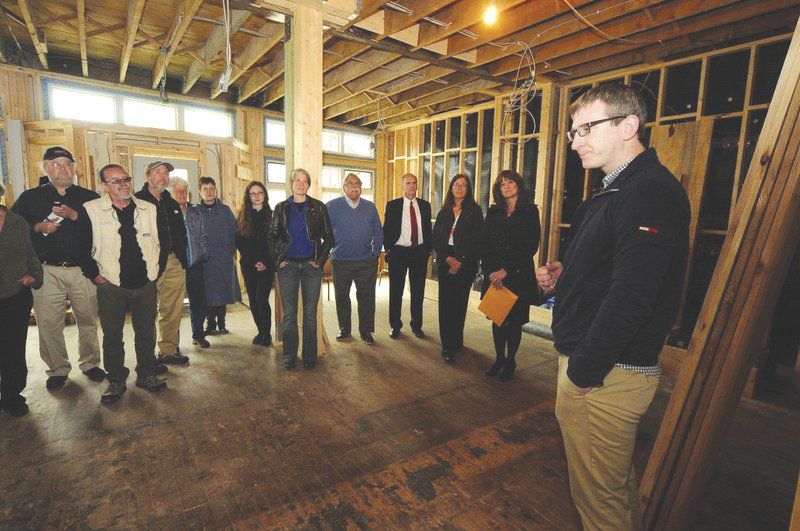 SARANAC LAKE — In a climatically fitting announcement, an Irish company intends to open its North American headquarters in Saranac Lake.

Derek O’Sullivan, founder of Crua Outdoors and creator of its thermally and acoustically insulated Thermo Tent, started the company in 2013. It is headquartered in Tralee, County Kerry, Ireland.

The idea came to the former insulation-industry worker when he woke up once more freezing while camping in Snowdonia area of northwest Wales.

The business will occupy the entire ground floor of Lake Flower Landing, located at 421 Lake Flower Ave., across from Baldwin Park.

The property is owned by Karen Davidson and Peter Seward, who bought the building in 2013.

“We know Crua Outdoors will be a perfect fit for this location,” Seward said.

The trapezoidal structure was built in the 1920s and has housed a number of businesses, the most recent a taxidermy shop. Davidson said the building is listed on historic registers as having been used for patients who came to the Saranac Lake area seeking relief from tuberculosis.

Renovations, underway by Schrader Contracting, a local contractor, will be done in phases and include offices and a showroom.

O’Sullivan said they hope to be open in at least a small capacity by June or July.

“Strategically, I think it’s going to be a big benefit to us because it opens up the whole U.S.,” he said at a news conference Thursday.

U.S. retailers like to deal with a company with a presence here, he said.

“We can now tell them we have a home in the U.S. and in the Adirondacks in particular.”

Three models are currently available through the company website: the three-person Crua Tri ($595), the six-person Crua Lodge ($1,995) and the semi-permanent Crua Great Lodge ($10,500), the latter catering to the growing glamping (glamorous camping) trend.

A single-person Crua Hybrid ($299) is expected to be available in June.

In a Thermo Tent, the inner tent is made of two layers of highly breathable poly-cotton, which sandwich a breathable insulation layer to create a quilt-like surface. That limits condensation while providing industry-leading insulating qualities, the company says.

The tents are designed to reduce excess cold or heat by about 14 degrees Fahrenheit and noise levels by up to 35 decibels.

The company is finding a market with hunters and fishermen, whose seasons extend into colder weather, o”Sullivan said.

“We’re unique. There are no other properly insulated tents around.”

In a website post, O’Sullivan said the company started out under the name Thermo Tent and rebranded as Crua Outdoors earlier this year as he worked with the team at Adworkshop in Lake Placid.

The name Thermo Tent will continue to be used for its line of insulated tents lines.

“It was decided that we needed to broaden the spectrum of the company brand while still staying true to our core products and our birthplace,” he said. “Thus, Crua Outdoors was born. Stemming from the Gaelic word for ‘tough’ or ‘hard’, Crua embodies Thermo Tent perfectly.”

The company is the fourth and most recent investment facilitated through Point Positive, an organization that aims to partner “angel” investors with entrepreneurs, with a focus on Saranac Lake and the area within about 100 miles.

Melinda Little of Point Positive said they made contact with O’Sullivan after someone met him at a trade show in New York City.

She was initially wary because the company was not in this region, but O’Sullivan made a convincing case as to why it was a good fit for the area.

She was even more excited once she delved into the product.

Little arranged conference calls and meetings that have led Point Positive members to invest $250,000 so far, a figure that is matched by a government program in Ireland.

They have invested in the company, he said, and also helped as they found their North American location.

“They’ve been very positive, very professional from the start. They have followed through with everything they said they were going to right from the start,” O’Sullivan said.

Among Point Postive’s other investments are Pro Cat US, a Rouses Point-based firm developing a prototype catamaran workboat.

That company now has seven employees in Rouses Point but hopes to increase that when it moves to assembly-line manufacturing after the prototype is tested and prospective orders turn into firm commitments.