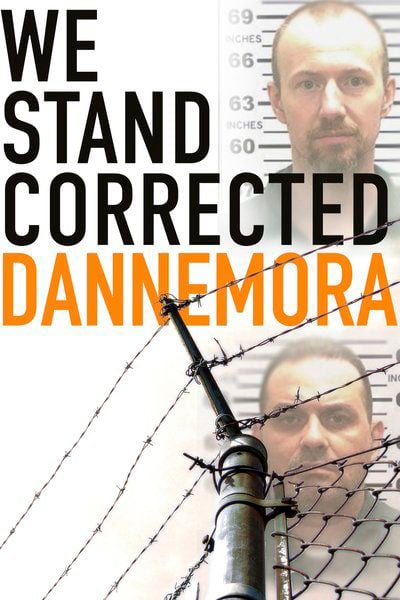 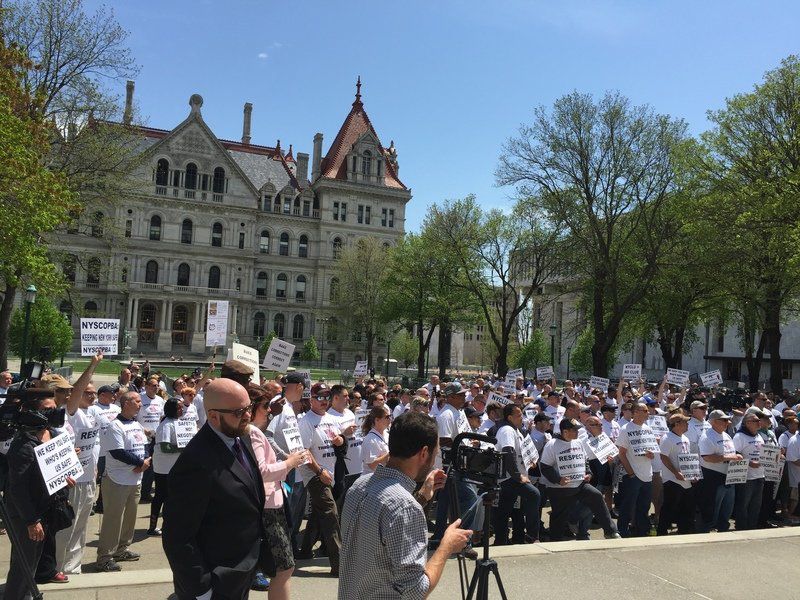 LISA KESTENBAUM/PHOTO“We Stand Corrected: Dannemora” director Richie Elson filming a 2017 rally in Albany organized by New York State Correctional Officers and Police Benevolent Association. Contacts made at that rally put Elson in touch with retired corrections officers and other people in the area. 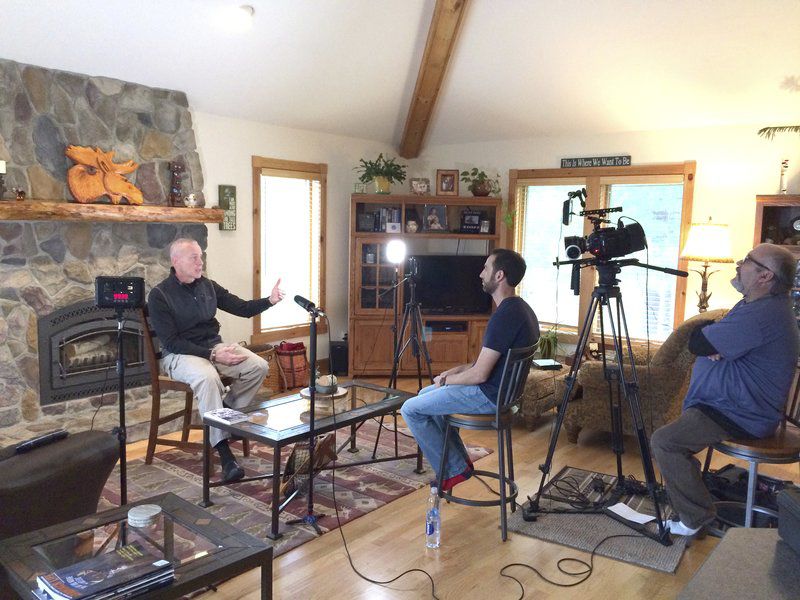 LISA KESTENBAUM/PHOTO“We Stand Corrected: Dannemora” director Richie Elson filming a 2017 rally in Albany organized by New York State Correctional Officers and Police Benevolent Association. Contacts made at that rally put Elson in touch with retired corrections officers and other people in the area.

DANNEMORA — Of the directors deconstructing how Richard Matt and David Sweat escaped from Clinton Correctional Facility, Richie Elson has an inside advantage.

The LA-production freelancer grew up in the North Country, his father, David, a retired corrections officer (1988-2003), his many friends still working at the maximum security state prison, where the escaped murderers spirited away to a short-lived freedom in June 2015.

“We Stand Corrected: Dannemora” tells the story from those who were trying to capture Matt and Sweat and avoid them.

“When I heard about the escape, it obviously hit really close to home and was a story that I followed extremely, especially because my dad worked there,” Elson, House of Mirrors Entertainment producer, said.

“I still had friends working that were working there. I was intrigued by it.”

From the beginning, he noticed the media coverage.

“Especially from the national news networks like CNN and some of the bigger ones, they seemed to not be getting the story right,” Elson said.

“They seemed to pointing a lot of fingers at the officers. I could tell that it was affecting my dad even though he had been out of corrections for awhile.

“I could tell that the way corrections officers were being represented was very frustrating.”

It became clear to him that he wanted to try to tell this story from their perspective.

On the indie documentary, he partnered with his wife, Lisa Kestenbaum, and Bobby Crockett, producing partner, who was the project's director of photography.

The trio worked on it for more than four years.

“I basically started researching it while it was still going on,” Ellison said.

“It's been a constant process ever since. The three of us put it together, and we started taking trips to the North Country.”

First, they got in touch the New York State Correctional Officers and Police Benevolent Association (NYSCOBA).

“We heard that they were doing a really in Albany,” Elson said.

“We attended the rally, and I met a few of their representatives and was able to do a first couple of interviews there.”

Those contacts put him in touch with other retired corrections officers and other people in the area.

“It started gaining some steam,” he said.

“It was definitely very hard in the beginning. There were a lot of people that were skeptical of what angle we were going to take.”

After Lifetime's “New York Prison Break: The Seduction of Joyce Mitchell” and before Ben Stiller's award-winning “Escape at Dannemora,” locals were reticent to get involved with Elson's project.

“Just were kind of afraid that we may put them in a bad light,” he said.

“A lot of people still didn't want to talk to us. But the more people we interviewed, the more trust we gained. We started talking to some people that really knew firsthand what had happened.”

His father had tried putting him in touch with several of his former co-workers who were already retired.

“Even people that were retired were still hesitant to talk to me because they were worried it could affect their pension, that there could be repercussions from the state,” Elson said.

“I knew that I wasn't going to be able to talk to actively employed corrections officers because they are not allowed to speak to media, but even a lot of the retired ones were still very hesitant. It took a lot of convincing to get some of them.”

“I think Joe LoTemplio (Press-Republican Editor in Chief) did an interview with Jay, but as far as I know that's the only interview he's done besides the one he did with us,” Elson said.

“We really wanted it to have a very local feel,” Elson said.

“We wanted it to be voices of people from the North Country and we wanted to give them the opportunity to tell their story.”

The film also features residents who lived through the escape.

“Who were on high alert for those three weeks while the manhunt was going on,” he said.

He recently talked to Donald Quinn, who was the first deputy superintendent at the facility.

“He was actually, to my knowledge, the first one that was in those tunnels that found the cuts in the steam pipes, found the Post-it notes and all those things,” Elson said.

The documentary offers an unfiltered view from those who wore the uniform like Palmer, Cook and Guess.

“We heard the firsthand stories of the ordeal and what they witnessed through their own eyes,” Elson said.

“It was very enlightening.

“We Stand Corrected: Dannemora” was released nationally Tuesday and is available on digital platforms such as iTunes, Google Play and Amazon Prime.

“It's also getting a simultaneous DVD and Blu-ray release, which is also available at Target, Best Buy, Wal-Mart, Barnes & Noble,” he said.

Though Cook got his man and Elson got Cook, he was reluctant to do so.

“Doesn't like to be in the spotlight. When he saw my intentions for the project, he was willing to do it. He has since seen it and thinks it was really well done and has said that he would like to help me get the word out around it.”

House of Mirror Entertainment is planning a Plattsburgh screening in January 2020.

“We're still looking for venues to do it at,” Elson said.

“Once we lock in a venue, we hope to get some of the people involved in this to attend and be involved in a Q & A afterwards and to really make it something for the people of the North Country.”