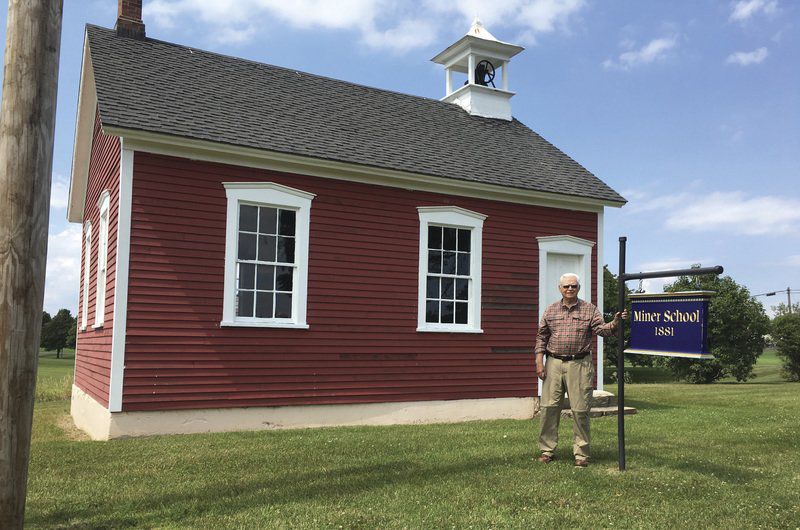 PHOTO PROVIDEDLowell Ludford at the old Miner School in Chazy. 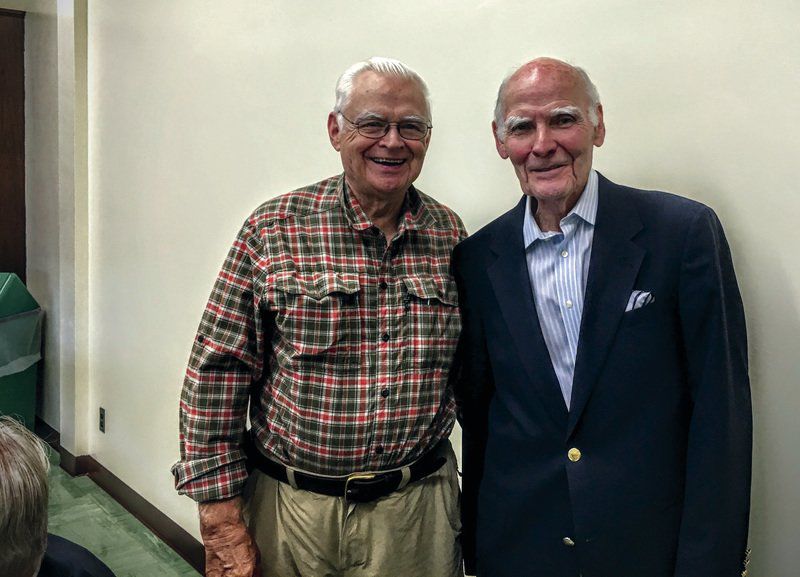 PHOTO PROVIDEDLowell Ludford poses for a photo with Dr. Joseph C. Burke, author of “William H. Miner, the Man and the Myth,” at the William H. Miner Agricultural Research Institute. 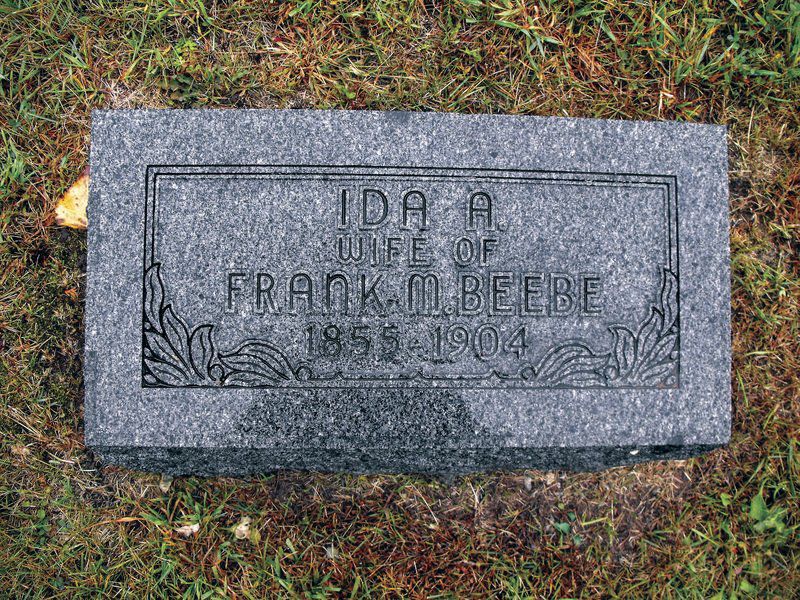 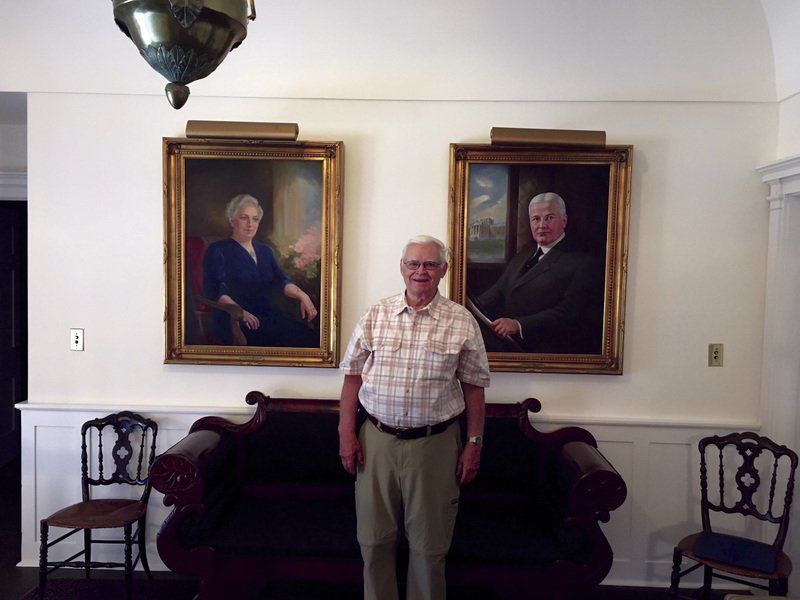 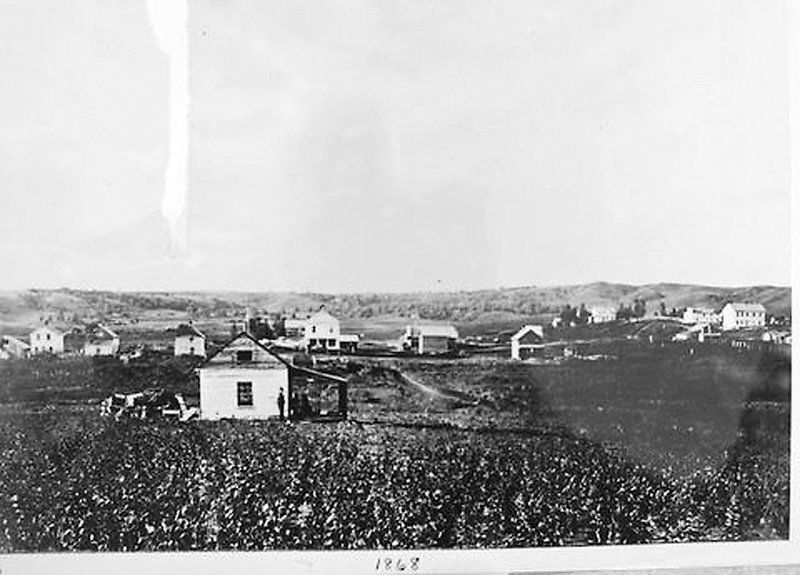 PHOTO PROVIDEDAmos Luther was in St. Cloud around 1868-69 and traveled by foot or ox cart from St. Cloud to present day Glenwood, Minn.

PHOTO PROVIDEDLowell Ludford at the old Miner School in Chazy.

PHOTO PROVIDEDLowell Ludford poses for a photo with Dr. Joseph C. Burke, author of “William H. Miner, the Man and the Myth,” at the William H. Miner Agricultural Research Institute.

PHOTO PROVIDEDAmos Luther was in St. Cloud around 1868-69 and traveled by foot or ox cart from St. Cloud to present day Glenwood, Minn.

Patriot Clement Stebbins Miner’s descendants criss-cross the land between Chazy and the Midwest for generations.

During the War of 1812, he served as a fife major under the command of Capt. B.S. Egerton.

Clement Stebbins stood 5 feet, 8 ¾ inches tall and had blue eyes and brown hair. His complexion was light. His occupation was joiner, and he served for five years, according to the U.S. Army Register of Enlistments 1798-1914.

The Minneapolis native was the most recent arrival in these parts on an ancestral quest.

“I came to Chazy because I’m into genealogy, and my maternal great-grandmother was Ida Miner,” Lowell said.

“She was an older cousin of William H. Miner (Jr.). That makes me a first cousin, three times removed.”

“In doing genealogy, you kind of like to get back to see where some of the people lived because it brings your genealogy more to life,” Lowell said.

“I’ve been planning with my wife to come to Chazy for the last few years. This year in April, we decided this was going to be the year.”

The synchronicity of the Ludfords’ visit was magical.

They arrived in town the night of filmmaker Paul Frederick’s premiere of “Heart’s Delight: The Story of William H. Miner” at the Strand Theatre.

“It was providence or faith or something,” Lowell said.

The next day, the Ludfords visited the William H. Miner Agricultural Research Institute, where they met board trustees including chair Dr. Joseph C. Burke, author of “William H. Miner, the Man and the Myth.”

The orphan who became a multimillionaire arrived in Chazy after his father and namesake's death Jan. 14, 1873, in Maumee, Lucas County, Ohio.

The 10-year-old boy lived with his married sister, Emma Josephine “Jottie," and her husband, John B. Mitchell, in Lafayette, Ind., for six months before returning to his ancestral roots to live with his Uncle John and Aunt Hulda Miner in Chazy.

Over the next eight years, William H. was educated in a one-room district school and learned how to farm under his uncle’s tutelage.

At 18, he returned to Lafayette, where he advanced his education through night school and engineering studies at the University of Minnesota.

He scaled the railroad-industry ranks from machine-shop apprentice to railway-apparatus inventor to founder of W.H. Miner, Inc. in Chicago, Ill.

William H. and Alice T. relocated to Chazy to establish Heart’s Delight Farm and seal their philanthropic legacy for posterity.

Like many retirees with time on their hands, his pursuit of the ones who came before began.

He started with his Norwegian mother, Olga Amundsen, whose parents immigrated to Minneapolis.

“I got to the Miners and doing my father’s family," Lowell said. "I was interested in both Ida and Francis (Beebe, Ida's husband) and just one thing led to another. I need to get to New York and see where Ida grew up. By the way, Francis is from New York state as well. He grew up in Delaware County, a little north of the Catskills.”

“Ida Miner and her father and her family moved from Chazy to Glenwood, Minnesota,” Lowell said.

“He was there a little while,” Lowell said.

Post Civil War, the “City of Lakes” was a flour-mill hub.

“It made the equipment for the flour mills. While here in Minneapolis, he went to a city north of Minneapolis called St. Cloud apparently where there was some milling business he attended to.”

Amos Luther was in St. Cloud around 1868-69 and traveled by foot or ox cart from St. Cloud to present day Glenwood, Minn.

“There, he decided to make a homestead,” Lowell said.

“He had 160 acres there, prime farm land. His wife, Sarah, persuaded her brother Francis to come. He homesteaded the next piece of land. Since Amos was working in Minneapolis and had this farm in Glenwood, he needed someone to work the farm, so he thought who would be better than my brother Augustus in Chazy who doesn’t own a farm but was working a farm, the Miner farmstead or something else."

“As fate would have it, Ida Miner and Sarah Beebe’s brother Francis fell in love and they got married at Glenwood in about 1873,” Lowell said.

About a year after their nuptials, Francis and Ida Beebe moved to Cylon, a boom-town in western Wisconsin and ground zero for the Beebe clan.

“Ida lived there the rest of her life and died there in 1904,” Lowell said.

Francis and Ida produced two daughters and a son.

“Her daughter, Jesse Beebe, was my grandmother,” Lowell said.

“After she graduated from high school, she took the train to Minneapolis, which was an hour away. In the big city, she bumped into a guy named Frederick Ludford. He was my grandfather. Frederick worked on the Soo Line Railroad as a conductor and luggage handler."

During their back-East trek, the Ludfords visited Lake Placid, Ticonderoga and Saratoga, where they watched the horse races.

“I would have to say Clinton County was more like Minnesota except for the Adirondacks,” Lowell said.

“When people moved West back in the 1800s and 1900s, they had to move to an area that was similar to where they lived because they were farmers. They had to have a farming environment that was similar so they would know how to farm. You couldn’t move from Chazy to Alabama and expect to have profitable crops. This is why it was a good idea for Augustus Miner and his family to move to Minnesota because the crops would be similar.”

The Alice T. Miner Colonial Collection director/curator Ellen Adams apprised Lowell that he was the first Miner that came looking for information on his family.

Adams' sentiment was repeated the next day at the Miner Institute, where they were given a grand tour by public-relations/marketing coordinator Rachel Dutil and librarian Amy Bedard.

“They thought I was the first Miner that had come back at least in recent memory,” Lowell said.

The Ludfords’ stay at the Point Au Roche Lodge was another serendipitous decision.

“When Ida got married and left, then he and his wife moved to Lawrence, Mass., for a number of years. He moved around 1874-75. He lived in Lawrence for 10 or 12 years, and then he moved back to Beekmantown. He lived there until he died. The funeral was in Plattsburgh. His wife Phebe Cox is buried there. She was his second wife. His first wife was a woman by the name of Theresa Hubbard. Theresa was Ida’s mother.”