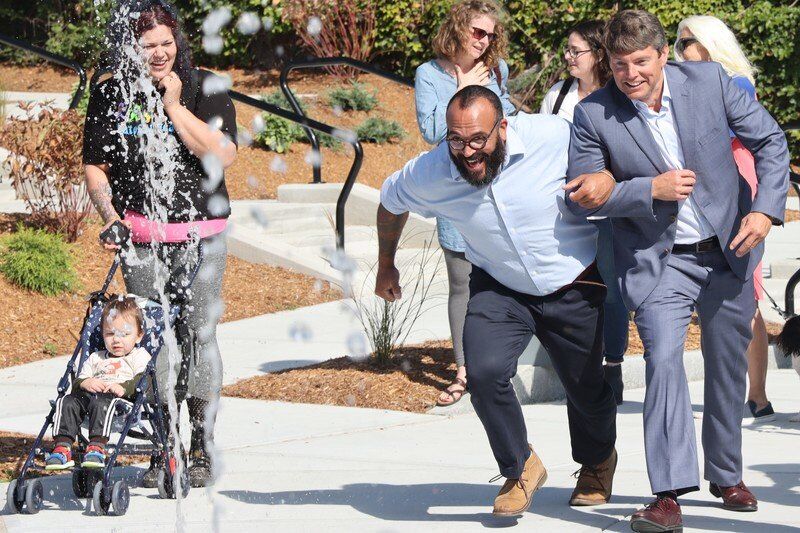 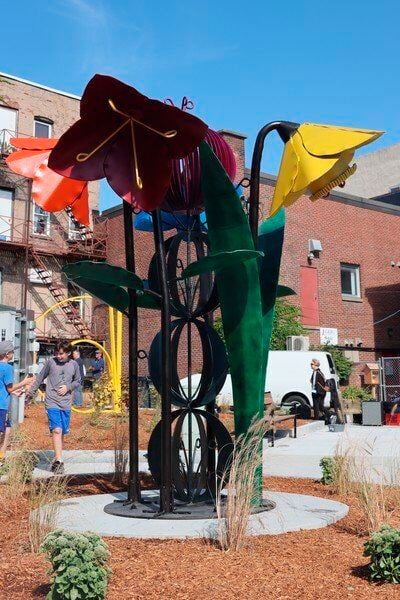 Fernando Alba/Staff PhotoOne of the art installations at the Betty Little Arts Park in downtown Plattsburgh. 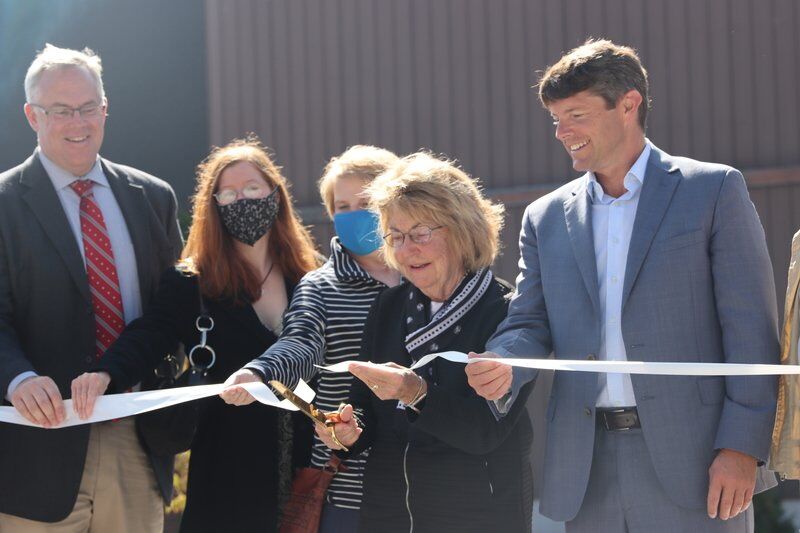 Fernando Alba/Staff PhotoOne of the art installations at the Betty Little Arts Park in downtown Plattsburgh.

The park’s namesake, former State Sen. Betty Little, was in attendance, along with city, town and state representatives.

“I’m absolutely blown away by all of this,” said Little, 80, who served in state government for 18 years. “This is so much more than I anticipated.”

Watching over the park on the next door Westelcom building is the Michael P. Anderson Mural by Brendon Palmer-Angell, which had its own dedication in July.

The arts park, which cost just under $1.13 million to construct, secured its funding through New York’s DRI, an economic development program that aims to transform downtown neighborhoods into vibrant centers that help bolster businesses and the local economy.

Mayor Chris Rosenquest said he thinks the Betty Little Arts Park will do just that.

“We know that art is an economic driver. It builds community. It builds quality of life,” he said. “We need to, and we will continue to, invest and support the arts in our community.”

Little also said having art in a community is needed.

“We need art in our lives,” she said. “It has the ability to trigger reflection as this place will, generate empathy, create dialogue and to initiate new ideas.”

“Art has always been a part of our lives. But this art park is something special. There’s no admission ticket. There’s no closed door to open, and there are no limited hours to enjoy this park,” she continued.

“They couldn’t have honored a better person for this,” he said of Little, who served seven years in the State Assembly before becoming a state senator.

“She’s been collaborative. She’s partnered with people. She formed consensus to get things done for the North Country, and we couldn’t ask for a better partner in that throughout the years.”

State Sen. Dan Stec (R-Queensbury), who was elected to Little’s seat last November after she retired, agreed with Jones and said that Little's life of service in the region has left a legacy.

“Betty spent a quarter of a century doing that work, and she did it well. Not only for the City and Town of Plattsburgh and Clinton County, but for all the North Country,” he said.

The park’s dedication was capped off with a ribbon cutting and was followed by music performances.