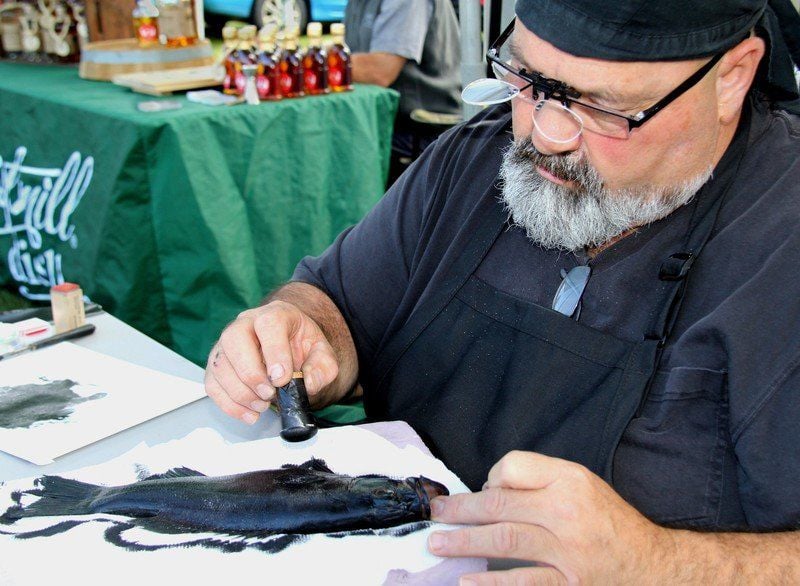 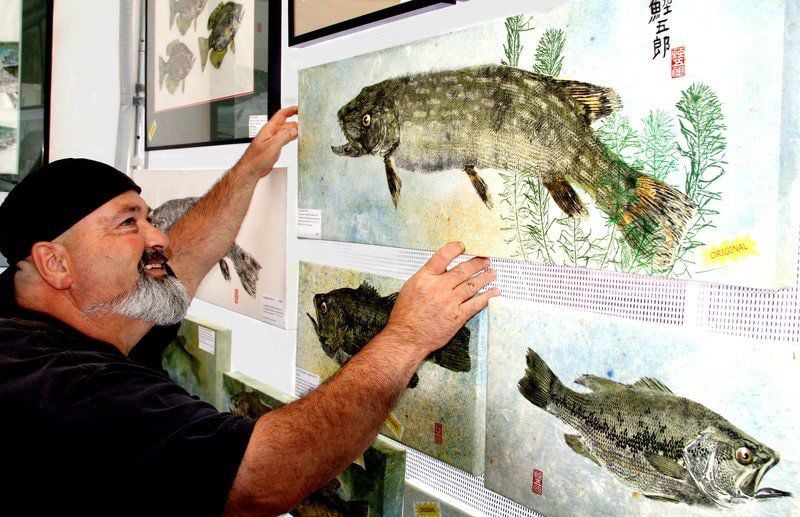 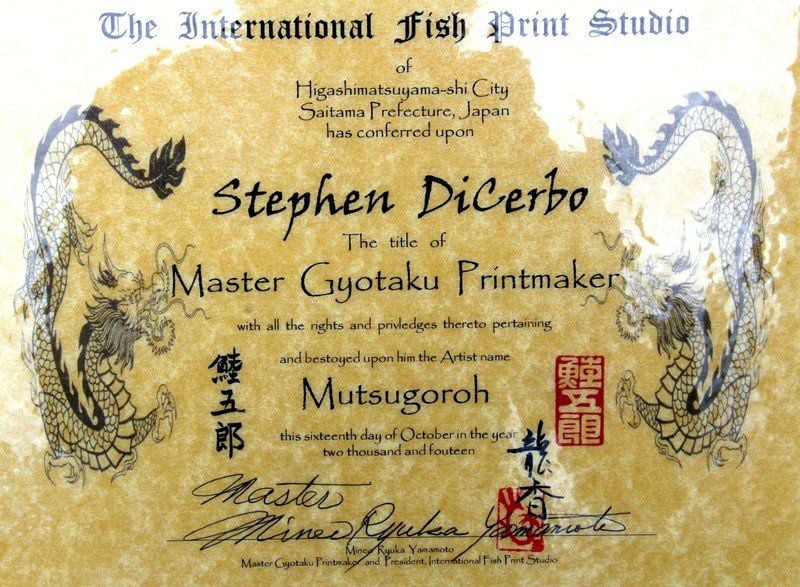 ALVIN REINER/P-R PHOTO This certificate shows that Stephen DiCerbo is a Master Gyotaku Printmaker and includes the seal (in red) that he may use on his artwork.

ALVIN REINER/P-R PHOTO This certificate shows that Stephen DiCerbo is a Master Gyotaku Printmaker and includes the seal (in red) that he may use on his artwork.

One generally doesn’t associate tossing a line in the water with creating unique works of art, but North Hudson's Stephen DiCerbo has combined both of his passions into the Japanese art of gyotaku.

Literally meaning “fish rubbing,” gyotaku involves covering a fish with ink and then transferring the image to another surface, generally paper.

The artform was initiated more than 250 years ago and may have been utilized by fishermen to record their catches.

Similar techniques have been employed to create works of art that reproduce images of other natural objects such as leaves and flowers. Many of the rubbings are done with black ink with color added later.

Watching DiCerbo work seems almost tedious at first as he methodically rubs a fish with black ink, which could be either an oil-based or water-soluble solution, making sure every scale and fin part is covered.

“I get better detail with oil, and put it on washi paper,” he stated.

Washi, which is often handmade, can be prepared from a variety of fibrous plants such as bamboo, hemp or wheat, and is stronger and less likely to tear than regular pulp-made paper. It is often used in other creative ways, such as origami as well as clothing, household items and even toys.

“Art and fishing have been parts of my life since I was 5 years old," said DiCerbo, who does most of his fishing from Lake Champlain. "Several years ago, somewhere in my mind, I thought there was a process that could combine both. I got information from an out-of-print fishing encyclopedia.

“Later I joined the Nature Printing Society, and started hanging out with members of the NPS."

Proudly pointing to a certificate from the International Fish Print Studio of Higashimaatsuyma-shi City, Japan, DiCerbo noted that he has been conferred as a Master Gyotaku Printmaker and was given the artist name of Mutsugorah.

“So basically, according to this, I am a mud skipper,” DiCerbo chuckled.

Stephen DiCerbo’s work may be seen at several venues, and at times he conducts workshops. He can be contacted at www.facebook.com/stormtreestudio or by email at Stephen@stormtreestudio.com.