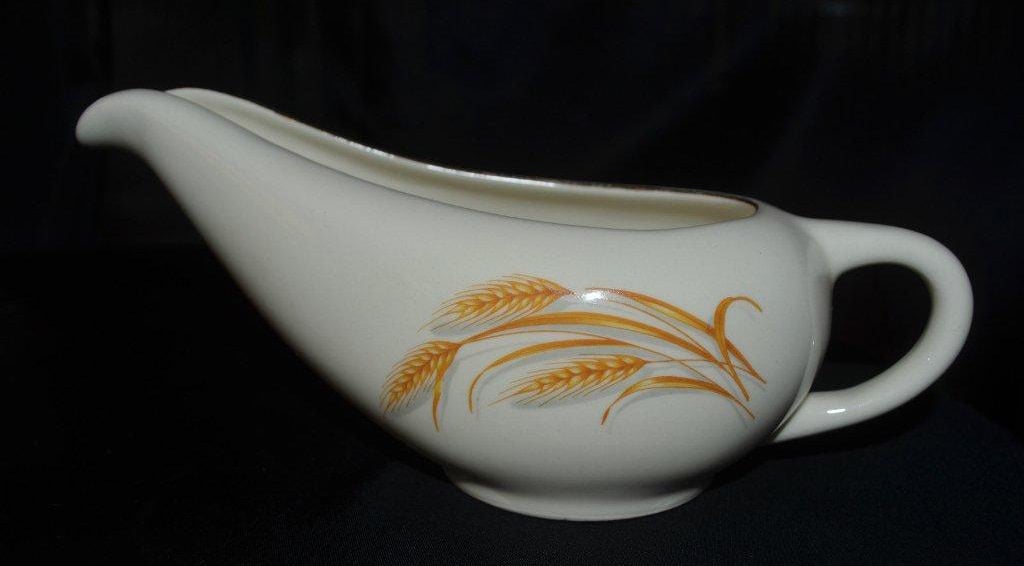 Photo courtesy of eBay Once given away as a freebie in boxes of DUZ laundry soap, this Homer Laughlin "Golden Wheat" gravy boat, trimmed in 22K gold, now sells for about for $25. 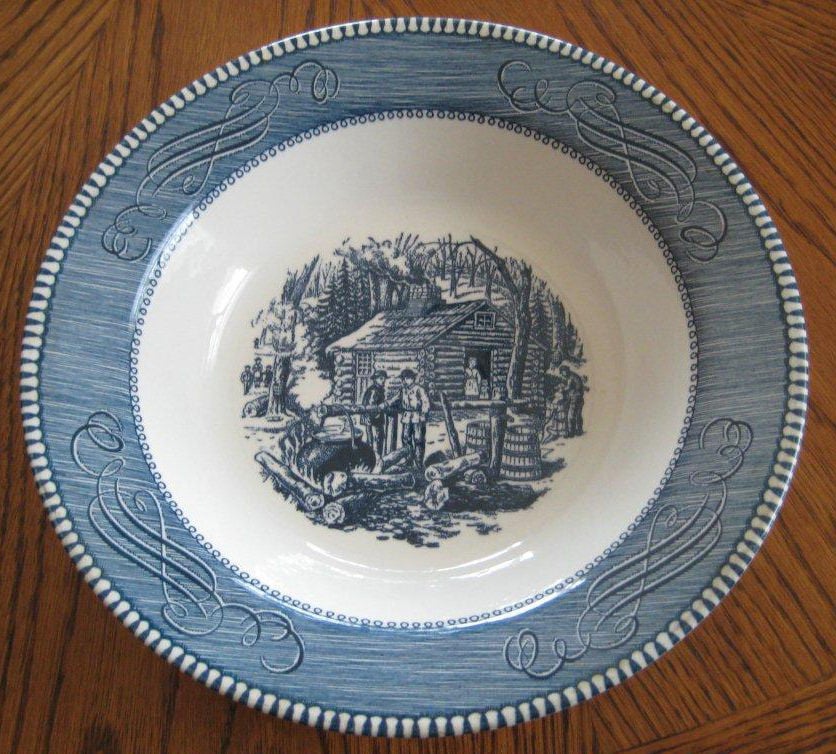 Photo courtesy of eBay Once given away as a freebie in boxes of DUZ laundry soap, this Homer Laughlin "Golden Wheat" gravy boat, trimmed in 22K gold, now sells for about for $25.

It all began in the late 1950s when the makers of DUZ laundry detergent realized their product sales were lagging behind that of their competition.

Not to be washed up, they devised a promotional campaign that gave customers a growing incentive to buy DUZ. Inside every box of laundry soap was a piece of Golden Wheat 22K-gold-trimmed dinnerware.

For the price of clean laundry and a little customer loyalty, an entire set of beautiful dishes could be assembled for free.

The marketing gimmick was a great success, and sales of Duz detergent skyrocketed. So did the dinnerware collections of grandmothers, mothers and aunts all across America. And when their cupboards were full, they banded together to complete sets of dishes for the hope chests of their granddaughters, daughters and nieces.

Today, vintage Golden Wheat dinnerware, which was produced continually from 1949 to 1966 by the Homer Laughlin Co. of East Liverpool, Ohio, is collectible.

Although it is trimmed in real gold, it isn’t monetary value that drives the collecting trend. Rather it is because of sentiment and nostalgia that these dishes have gained so much attention.

Since Golden Wheat china was produced for nearly two decades, kids across America grew up with it. Fond memories of family meals, comfort food and Sunday dinner at grandmother’s house are powerful motivational factors when it comes to collecting. It is no surprise, therefore, that most of today’s buyers are the kids and grandkids of Baby Boomers who grew up with this tableware.

By the late 1950s and early 1960s, mom and pop stores, gas stations and grocery chains were all giving away inexpensive, yet appealing dinnerware to bolster their sales. To help in completing a set, department and dime stores jumped on the band wagon by coordinated their inventory to match the premiums that local businesses were giving away.

Fill up your tank at the gas station and you were likely to come away with a brown Marcrest cup and saucer in the Daisy and Dot pattern, the same pattern as the plates the A&P was giving away with every purchase of groceries.

When your set was nearly complete, you could go to the local 5&10 Store and buy the bigger serving pièces, like the beanpot, the coffee carafe or the cookie jar, for as little as $1.95 to $2.50. Some grocery stores — like Krogers — even mailed coupons to their customers for a free, three-piece table setting valued at $1.50.

“There is a story about how I acquired my good set of dishes, and it makes them so sentimental to me,” said Becky Pelletier (my mother) of Fayette, Maine.

“It was 1958, and we had just gotten married, and we didn’t have a thing for the kitchen. At the time, Ferland’s Corner Store was giving away beautiful floral dishes with each purchase, so every week Aunt Ida, Aunt Marion and Grammie Pelletier shopped at Ferland’s whenever they needed groceries. Eventually the three of them got me the entire set.

“They were white and turquoise and trimmed in silver, and they had a magnolia in the center, and I just loved them.”

Those Magnolia dishes, which my Mom used only for special occasions, were made by the Lifetime China Co. (a division of Homer Laughlin) in 1957. Because they were discontinued after only one year of production, it is a challenge to find replacement pieces, so she keep them safely tucked away.

Someday I will inherit the dinnerware set, and it will remind me of those wonderful Christmas and Easter dinners in the good old days. Eventually they will find their way to my daughter and granddaughter, along with the story that makes them more valuable than money.

One of the most popular grocery-store patterns of all times is Blue Willow, a design that was developed by the English potter Thomas Minton during the 18th century. The imagery on each dish tells the story of a forbidden love between the daughter of a Chinese emperor and his humble servant.

The Blue Willow pattern will always have love birds flying in the sky over a lake with an island and a boat, a footbridge with three people on it, and a pagoda overshadowed by a willow tree. It was made in both England and Japan, with the English china being of better quality and therefore more valuable and collectible.

Of all grocery-store dinnerware ever produced, Royal China Company’s Currier and Ives is, by far, the most prolific. The dishes were produced from late 1949 until 1986 when the company closed. They were produced in the most popular color — blue and white — as well as rose, green, black and brown. There are a multitude of patterns and all are based on famous Currier and Ives prints from a bygone era.

More than 20 different scenes grace Currier and Ives dinnerware. To name a few, The Old Grist Mill, Washington’s Birthplace, The Rocky Mountains, Winter in the Country, Sleigh Ride, The Old Inn, The Old Farm Gate, On the Mississippi, Maple Sugaring and many, many more.

What were once inexpensive grocery-store give-aways are now commanding premium prices. A common bread and butter plate may run you a dollar or two, but a tab-handled cereal bowl could cost as much as $40. Juice glasses and water tumblers sell for between $8 and $18 each. Rarer items like a covered casserole dish with lid and decorative scrolls on the tab handles can sell for as much $175.

That’s a pretty penny for something that was once given away for free.

Julie Robinson Robards is an antiques journalist and dealer living in Upper Jay. She is the author of two published books on celluloid, an advisor to several antique price guides and a writer for AntiqueWeek Newspaper since 1995. She may be reached through her website www.celluloidforever.co.