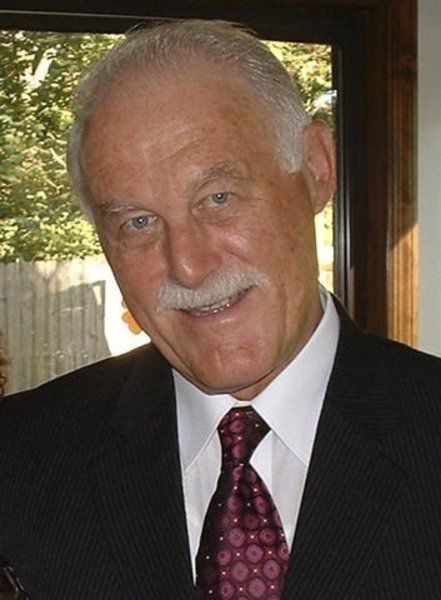 PHOTO PROVIDED Wayne E. Beyea completed a 25-year career in the New York State Police as a trooper and investigator. He supervised a busy detective unit in the Hudson Valley for nine years and was specially trained in terrorism, hostage negotiation, and suicide prevention. After retirement, Beyea embarked on a writing career. 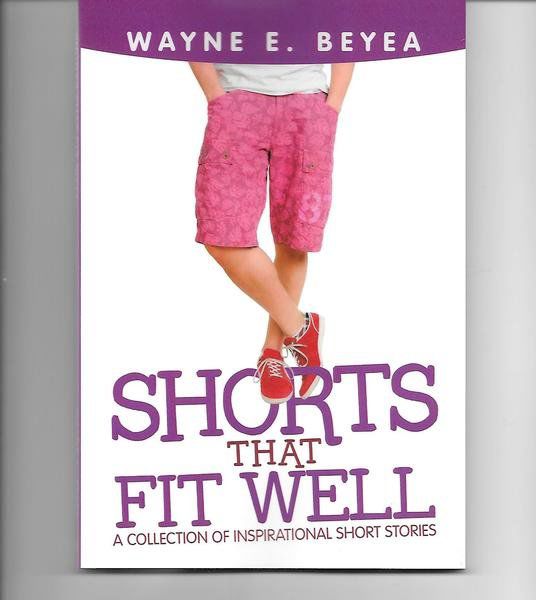 PHOTO PROVIDED Wayne E. Beyea completed a 25-year career in the New York State Police as a trooper and investigator. He supervised a busy detective unit in the Hudson Valley for nine years and was specially trained in terrorism, hostage negotiation, and suicide prevention. After retirement, Beyea embarked on a writing career.

“Shorts That Fit Well: A Collection of Inspirational Short Stories” is his latest book and available online at iUniverse.

“It's all intended to create positive emotions and make the reader smile and be happy and reflect on their own life and so forth.”

The book is a departure from his dark fiction and a turn in the light and time travel to his past.

“I wanted something positive and make people happy,” he said.

Beyea wrote a fictional story about a young girl and her mother who saw 'Swan Lake' at The Met.

In the gift shop, the mother purchases a music box with a revolving Odette ballerina on top.

The girl's brother breaks the ballerina off.

“It shows the emotions this little girl has going on and how everything works out in the end,” Beyea said.

Some of the stories are about dogs and cats.

“It was amazing how this dog showed up at our house,” Beyea said.

“This is when we lived in Kingston. That starts out the book. People can really relate to it because how you fall in love with an animal. It's just a wonderful thing.”

Beyea wrote an homage to Robert “Bob” Burke, who was active in their church, Saint Thomas the Apostle Catholic Church.

“I had never known a person with such a big heart," he said.

"Such a precious soul he was. He had no negative feelings about anyone.”

Burke was 78 when Beyea first met the widower and father of nine children.

“He started going in and helping the homeless,” Beyea said.

“There was this woman, she was missing one leg and she was in a wheelchair.”

The woman hung out, soliciting money, at an exit near a major expressway.

“You can imagine how that goes,” Beyea said.

“Some people gave her money, and some people probably cussed her and so forth and so on. She never washed. She was dirty and all that stuff and obviously into alcohol.”

“He had tried to get this woman to the dentist, and the dentist refused to work on her because she smelled so bad," Beyea said.

A couple of church women took the homeless woman to a truck stop where they scrubbed her down.

The homeless woman received the dental care she needed, and Burke paid for it.

“As a former police officer, I said 'Bob, it's wonderful that you're doing all this stuff for this woman, but I said please, I hope you have not taken her home.' He said, 'Oh, I already have.' I said, 'Oh, no. Has she stolen anything from you? He said, 'Not that I know of.'

Burke's goal was to recover the homeless woman, and Beyea thought it was a hopeless cause.

He asked about the woman's fate and what he learned brought tears to his eyes.

“He had actually recovered her,” Beyea said.

“He contacted relatives. He got into her a special facility for alcoholism. They got her straightened out.”

“He had a deep voice," Beyea said.

"He loved the West. He loved rodeos and cowboys. He didn't wear a regular tie. He wore a bolo tie. I titled this story, 'The Saint Who Wore a Bolo Tie.””

Beyea was born in Cortland and attended Moravia School.

After high school, he was an air traffic controller in the U.S. Navy.

He separated from the military and worked a year for the FAA before joining the State Police for 25 years before doing a 13-year stint with New York State Gas & Electric.

A daughter and grandchild in Georgia, high lakefront taxes and frigid temps, pushed him and his wife, Kathleen, to Georgia in 2006.

He saved enough in taxes to join a golf club.

Beyea started writing when he retired from his second career in industrial security for NYSEG.

“I wrote my first book and had it published,” he said.

“After I did that people encouraged me to write my autobiography for my State Police career.”

In 2002, he published two-volume tome, “Reflections from the Shield.”

In 2008, he published “The Captain of the Juniper,” a biography of the late great Frank F. Pabst.

“I had been on the tour boat several times, and I loved it and I loved the way the man could spin stories,” Beyea said.

“I asked him about his life. When I found out, he had done so many things. He ran the dive club up there. He was a tour boat captain. He had come out of New York City. He had been in the Korean War. He had opened a restaurant up in Plattsburgh. He'd done all kinds of stuff.”

Beyea's books include "The Day the Catskills Cried: A True Crime Story, "The Treasure of Valcour Island” and "The Twentieth Terrorist.”

“Then, I decided, well let's do something that isn't so morbid," he said.

"I decided to write 'Shorts That Fit Well.'”

"I started writing, and I just cannot stop going. I'm doing something all the time.”

He and his wife have five children, six grandchildren and six great-grand children.

“And another one on the way,” Beyea said.

They miss their former friends and neighbors in Cliff Haven.

“The last two years, I was privileged to be the president of the Home Owners Association there,” Beyea said.

“Time changes and life changes, and we ended up moving down here.”

EULESS [mdash] Genevieve Huchro Haley (Gena) passed away peacefully on March 27, 2020 at her home in Euless, TX where she resided for the past 10 years with her eldest son George William Haley Jr. as she battled Alzheimer's disease. Gena was born October 1,1925 in Mineville, NY to Martin and…

PLATTSBURGH [mdash] Lorraine Hart, 92, of Wolf Way, passed away Tuesday, March 31, 2020 at CVPH Medical Center in Plattsburgh. She was born in Plattsburgh on September 1, 1927 the daughter of Heman and Rose (Mitchell) LaValley. Lorraine married Earl Hart at St. Peter's Church in 1946. She wo…