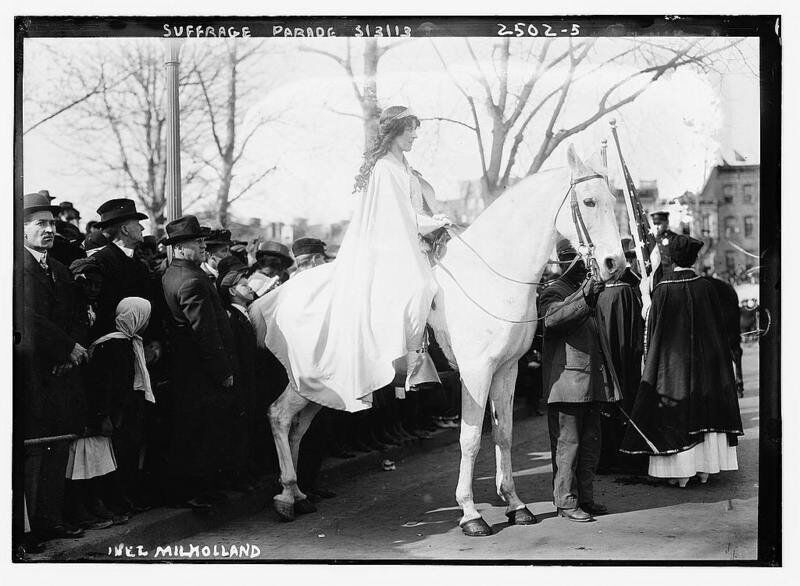 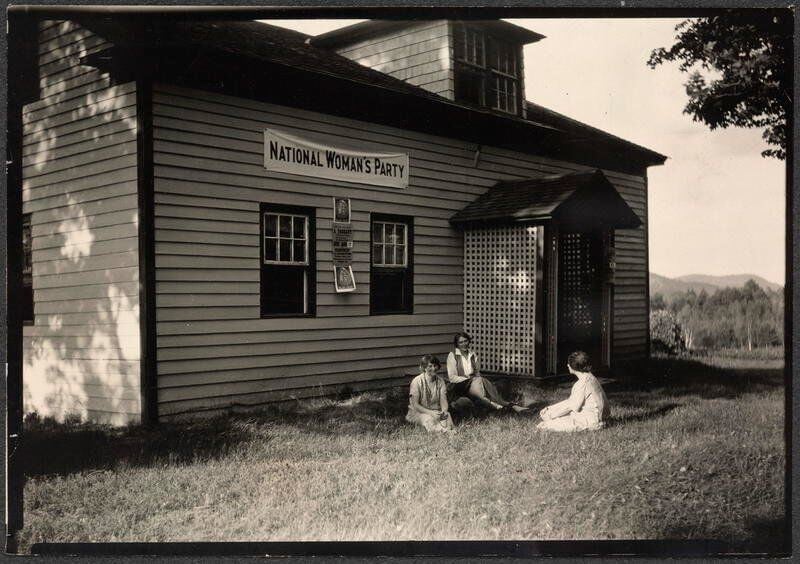 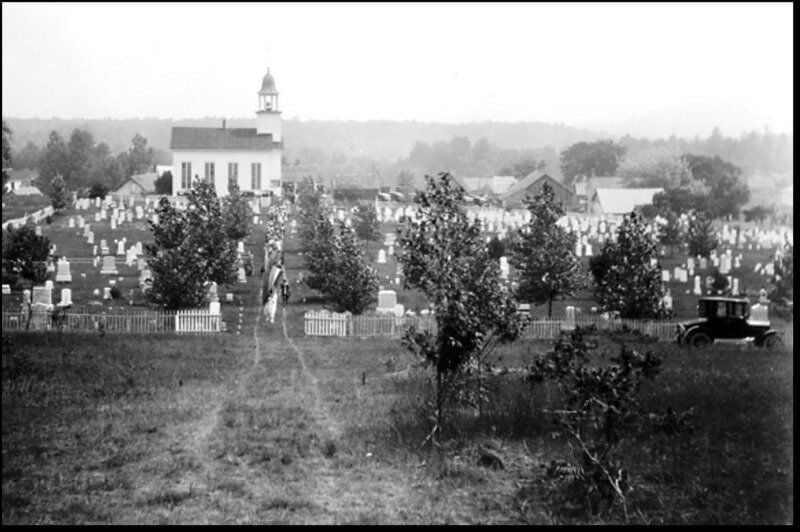 The labor lawyer, war correspondent and suffragist martyr (1886-1916), and her parents, John and Jean, and siblings, Vida and “Jack” summered at her family's Lewis residence, now the Meadowmount School of Music.

Educated at Vassar College and New York University School of Law, the activist and social reformer campaigned for the rights of women, laborers, children, disenfranchised, and social equity for all.

Astride Grey Dawn, a white charger, Inez famously led the Woman Suffrage Procession in Washington, DC prior to President Woodrow Wilson's inauguration in 1913.

Three years later, she collapsed from pernicious anemia and died while on a National Woman's Party speaking tour in California.

“I think she is a very important woman from the Suffrage Movement, who really was ignored for a long time,” Sandra Weber, author and historian, who portrays Milholland, said.

“I think she really energized the movement in bringing forth a new image, representing a new image of the movement, often called the 'New Woman.' She was young and professional and beautiful, which everyone loved to talk about that, rather than the fact that she was also very intelligent and very talented.”

Inez advocated for the reform of law enforcement and the court system to keep young people out of workhouses, according to www.vassar.edu.

“She also spoke out on labor reform, pushing for better wages and hours for the girls who worked in New York City's many department stores and for the city's many women factory workers. Milholland also conducted a lifelong campaign against capital punishment.”

“She was involved in a lot of causes in addition to suffrage,” Weber said.

“Again, a lot of people didn't realize that either. I think she just represents this very benevolent, generous, personality. More recently we've been looking at what we think the leaders of the Suffrage Movement were; these white, rich women, who were not always welcoming to everyone else in the movement.”

Inez represents an individual in the Suffrage Movement, who did all the right things in Weber's estimation.

“And stood up for the Black women marching in the parade, etc.,” she said.

“To me, she really represents the idea it doesn't matter if you are a wealthy, white socialite. You can still be giving and recognize that you have privileges or that you come from a place of privilege but yet work for the rights of all.

“That's what I really admire about her and her emphasis on truth. That is something that's lacking just a little bit today, I think. She really believed in standing for truth.”

“However, I loved that Inez also said that we can fight for rights and serious things, but we can also have a good time doing it.”

“They were both coming up here to vacation. You find headlines: 'Lake Placid to be the Suffrage Center this summer!'”

Susan B. Anthony was still coming to the Adirondacks in the 1890s and vacationed in Keene Valley one summer.

“There was another group that started more in 1914-1915 who were really campaigning for New York state to get suffrage,” Weber said.

“Getting in their cars and driving 75 miles to all the little towns and stopping at the farms and handing out literature and doing speeches at the county fairs. The grange was very involved in suffrage.”

Inez and Vida, were involved in that, too, as well as women from Keene Valley.

“She spent the rest of her time in California,” Weber said.

“She had been a major leader in California of women getting the vote.”

In 1924, the National Women's Party had a big convention in Westport.

"At Meadowmount in 1924, there was like a thousand people, who participated in this Suffrage Pageant. Well, it really wasn't a suffrage pageant. It was a women's movement pageant because women had gotten the vote. It was kind of a memorial to Inez Milholland.”

“As I learned a few years ago, that really was kind of like the entertainment, the celebration part of the thing. The whole event was that these women came from across the country, these delegates of the National Women's Party, came to Westport and they had a conference about women for Congress.

“It was 1924, so it was the first big election after women got the right to vote. So, they were starting to think about we need to get more women into Congress. They met in Westport about that.”

As part of those 1924 festivities, the NWP attendees attended the Lewis Church and had a service for Inez.

“They all marched up the hill to Inez's grave,” Weber said.

The National Women's Party changed the program, and said no one is going to speak at the gravesite.

John Milholland said, “'I can't stand at Inez's grave knowing what she stood for. I have to say something. It's not right that you're not letting these Black people speak,'" Weber recounted.

“So, the National Women's Party women whispered together and whatever and decided to let them speak,” she said.

“This little incident wound up in the New York Times and all the newspapers. It was a major thing. This is why we're going to have another whole big celebration in three years to celebrate 2024, a 100 years of this whole thing. This is the pageant that they are reenacting in Glens Falls at the final event this year.”

The National Women's Party met at a hotel in Ballard Park in Westport.

“What just astounds me is no one has ever researched suffrage in the North Country,” Weber said.

“Oh, my God! Like again, it didn't happen here or something. I feel kind of bad. I ended having to tell a lot more about Inez because so much has happened her with celebrating her birthday, we got the mountain named for her, she's ended up on T-shirts all over the place.

“There's a new Inez Trail in Thrall Dam Park. It's all Inez, but I have these piles of research on local suffrage and all this stuff and I can't really do much with it for this because you can only do so much.”

Weber is already thinking ahead to 2024.

“I'm preparing for the next one, which has much to do with ERA,” she said.

“The ERA had just been proposed (1924), and they were trying to get women elected into Congress. Everything didn't just stop in 1920, right, when women got the vote. They kept going. As you can see, there are big stories of suffragists, of national suffragists here, and such.”

The Lewis, Meadowmount and Elizabethtown events focus on the life of suffragist hero Inez Mulholland, who gave her life for the movement and is remembered annually for her commitment and contributions to obtaining votes for women.

The Auto Tour continues with Inez Milholland and antique automobiles leading a suffrage procession. There will be a celebration of Inez’s 135th birthday, the naming of Mount Inez, and the creation of an Inez Milholland Trail in Thrall Dam Park.

Attendees can also listen to talks about the Milholland family, join a procession to Inez’s grave, participate in a broom brigade, and make suffrage crafts. There will be self-guided tours inside the Church, at Lewis Town Hall (Inez history exhibit), and at Veterans’ Memorial Park.

The tour will proceed to the Meadowmount School of Music, which was previously the Milholland estate. The Meadowmount grounds and the first floor of the main house will be open.

The Auto Tour rolls into Elizabethtown, stopping at the Courtyard in front of the Essex County Courthouse. Welcoming speeches will be followed by addresses from Inez Milholland and anti-suffragist Dr. Charles Dana.

Attendees can participate in a broom brigade and then catch a ride in a Model A to view suffrage-related exhibits at the Adirondack History Museum and the Hale Law Library. The celebration will end at the pavilion

behind the Museum with the spectacular Adirondack folk-duo Peggy Lynn and Dan Duggan presenting their Songs of Suffrage concert, “Forward Into Light.”

Arlene Jackson, 71, of Alexis Lane, Plattsburgh died Friday, October 22, 2021 at her home. Calling hours will be at the Chateaugay Funeral Home, October 27 from 1 to 3p.m. A full obituary can be viewed at www.chateaugayfuneralhome.com.