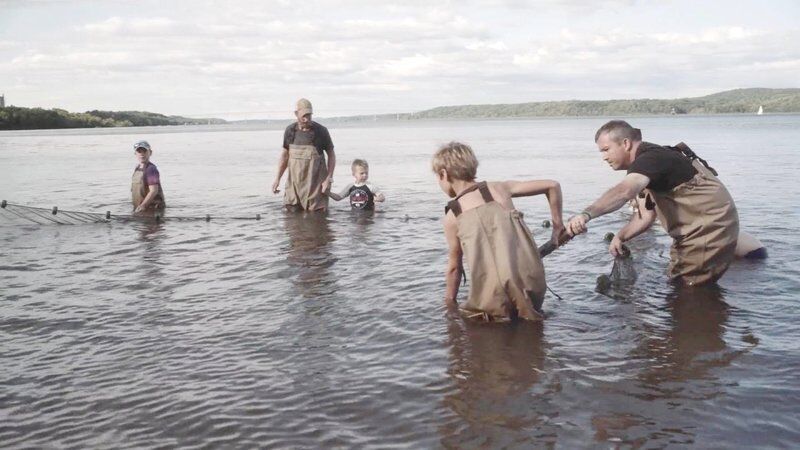 PHOTO PROVIDEDEvery August, the DEC sponsors a public fish count to attract kids and parents to the riverside for an up-close glimpse of just how much life is out there in the river. 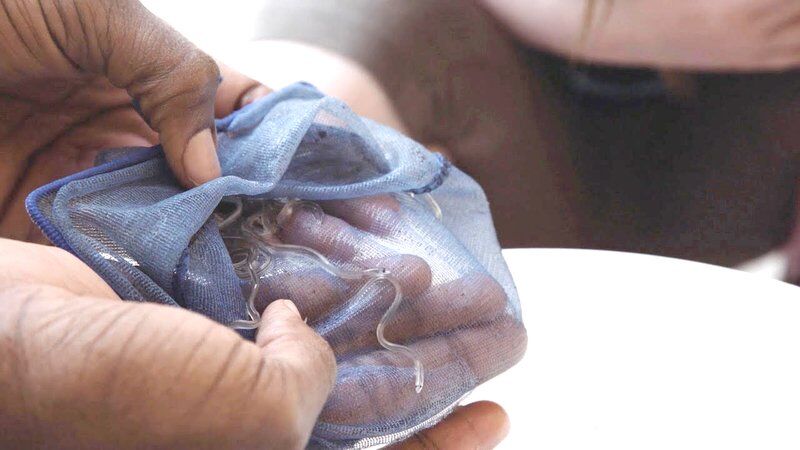 PHOTO PROVIDEDTiny glass eels, like these, make their way up a creek near Poughkeepsie to spawn. Their 1,500-mile adventure ends in a once-in-a-lifetime spawning, one of the world’s great migration stories.

PHOTO PROVIDEDEvery August, the DEC sponsors a public fish count to attract kids and parents to the riverside for an up-close glimpse of just how much life is out there in the river.

PHOTO PROVIDEDTiny glass eels, like these, make their way up a creek near Poughkeepsie to spawn. Their 1,500-mile adventure ends in a once-in-a-lifetime spawning, one of the world’s great migration stories.

WILMINGTON – The Wild & Scenic Film Festival is a fantastic way for families to adventure from the safety of their home and support environmental concerns locally.

"It's the on-tour version of a festival that takes place in Nevada City, California every January,” Tyler Merriam, donor outreach associate, said.

“This is now the 18th year of the festival. Because of COVID-19, it's been turned into a virtual event through a virtual platform so people can purchase tickets, log in and there will still be emcee clips from myself and Kelley Tucker, our executive director.”

"An organization, usually, nonprofit like us or the Lake Placid Center for the Arts, will bring a film and there will be an organization that will sponsor it," Merriam said.

"It's partly entertaining, partly inspiring, partly a fundraiser, etc. We don't have a detailed connection to a lot of the films."

The Adirondacks aren't specifically featured in the festival, but the Hudson River is.

“More so, the southern part of the Hudson River, that's our feature-length film,” Merriam said.

“It's called 'A Living River.' The whole goal of the film festival is we view over 1,000 hours of video clips and then select some of the films that are most applicable to the work we are doing as the Ausable River Association and similar works that environmental nonprofits are doing in the Adirondacks. This work in environmental conservation may be done all over the world.”

“All based on the idea of a hopeful environmental future and progress being made," he said.

Jon Bowermaster is the filmmaker/director of “A Living River.”

"It follows the history of the Hudson River's past pollution and how that has affected the fishing life within that river," Merriam said.

"It follows the DEC efforts along with the Hudson River River Keeper. They basically use lessons from the past commercial fishery to learn more about the ecosystem in the Hudson River and how to protect it. It's closer to the NYC side. But it's interesting most of us know the Hudson River as this beautiful, river up here and it transitions into this brackish river down by the Atlantic."

"It's a tiny little eel that is clear," he said.

"It's translucent. All the way up to 14-foot-long Atlantic sturgeon, a massive fish. Those are some of the examples of what they are studying to learn more about the ecosystem and how it can be protected."

Twelve films will be screened.

“The household admission has been the most popular because people want to watch it together with their families, their roommates and so forth,” Merriam said.

“All the money is going to be injected back into the local community in the Ausable and Bouquet watersheds. We're a very community-based, partnership-based organization.”

1. Daniel: A Cyclist with TBI Making a Difference

Every day (and, we mean every day) you can see Daniel riding his bike along Highway 50. And, while he's out there, he's picking up trash and doing his part to make the Lake Tahoe area better for everyone. That is an amazing story in and of itself. But it is even more incredible when you learn that Daniel nearly died as a child from a fall and was in a coma for 8 months, and although he still suffers from traumatic brain injury (TBI), that hasn't stopped him from making a difference.

In New Zealand, Yellow-eyed Penguin numbers have dwindled. Finding these penguins in the dense bush to monitor and conserve the population is tricky. But former ranger Leith Thomson has a way - Sniper. She is one of the 80 certified Conservation Dogs in New Zealand. Now every penguin counts and Sniper is on an adventure to protect these critically endangered birds.

This is the remarkable story of the decade-long effort by the Nevada Department of Transportation (NDOT) and its partners to improve human safety by re-connecting a historic mule deer migration that crosses over both US-93 and I-80 in rural Elko County, Nevada. Witness the wildlife crossing structures along I-80 from construction to the restoration of safe passage for migratory mule deer to more than 1.5 million acres of summer and winter habitat.

East Detroit urban beekeepers Tim Paule and Nicole Lindsey are a young couple working to bring diversity to the field of beekeeping and create opportunities for young Detroit natives to overcome adversity. Detroit ranks fourth in the United States for the most vacant housing lots with well over 90,000 empty lots to date. In an effort to address this issue, Detroit Hives has been purchasing vacant lots and converting them into buzzing bee farms. 'Detroit Hives' explores the importance of bringing diversity to beekeeping and rebuilding inner-city communities one hive at a time.

Despite its polluted reputation, the Hudson River is teeming with life. From the tiny Glass Eels to the massive 14 foot long Atlantic Sturgeon, a vital web of life defies decades of oppression. Organizations like Riverkeeper and New York's Department of Environmental Conservation use lessons learned from its past as a bustling commercial fishery to its present as an ecosystem in recovery in order to protect its future.

Deep in the emerald cloud forests of Cusuco National Park of Honduras, scientists are on a quest to record the never-before-heard call of the endangered exquisite spike-thumb frog (Plectrohyla exquisita). What ensues is both a delightful portrait of the process of scientific discovery and an inspiring example of the power of sound as a tool for conservation.

More about the festival: https://www.wildandscenicfilmfestival.org/

Link to info about the feature film, A Living River: https://www.hudsonriverstories.com/a-living-river/

ROUSES POINT [mdash] Jacqueline (Maccallum) O'Brian, 90, of Pratt Street in Rouses Point, passed away peacefully Nov. 24, 2021, after a long life full of love for her family. Jackie was born on Sept. 19, 1931, in Noyan, Quebec. She married the late Alfred O'Brian and had been married 35 year…