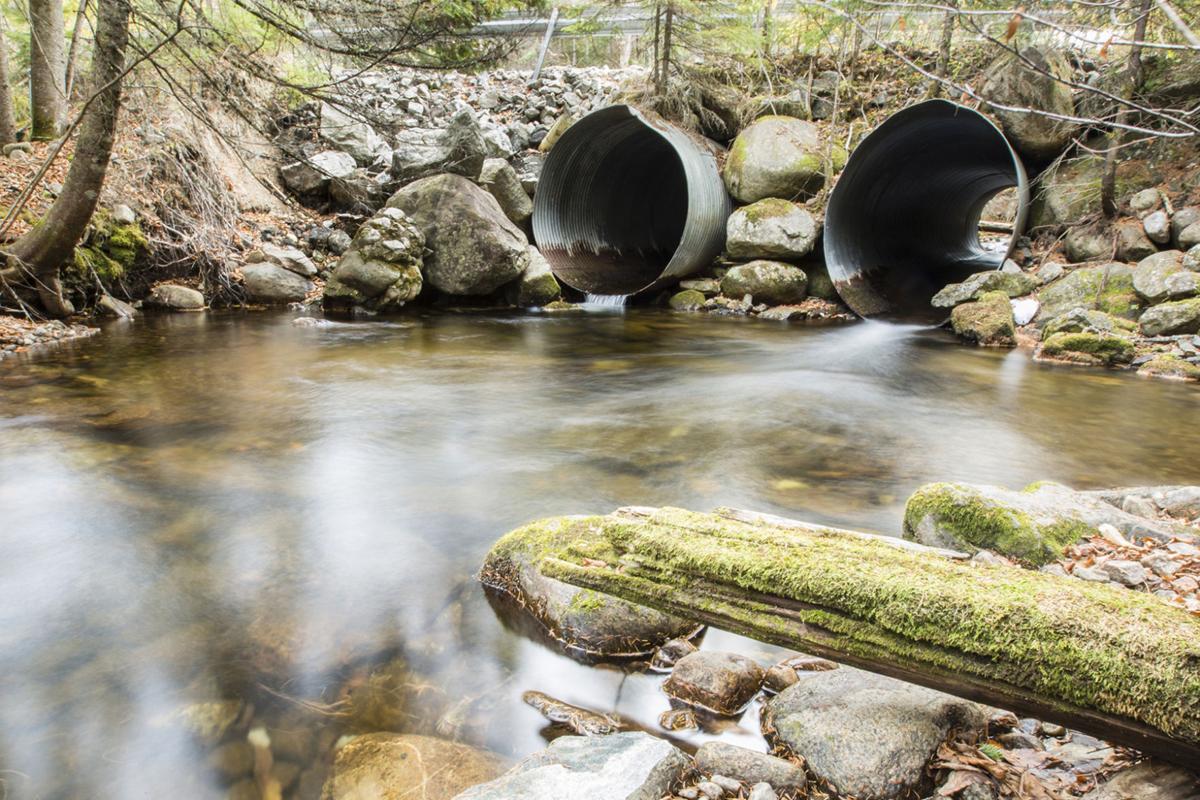 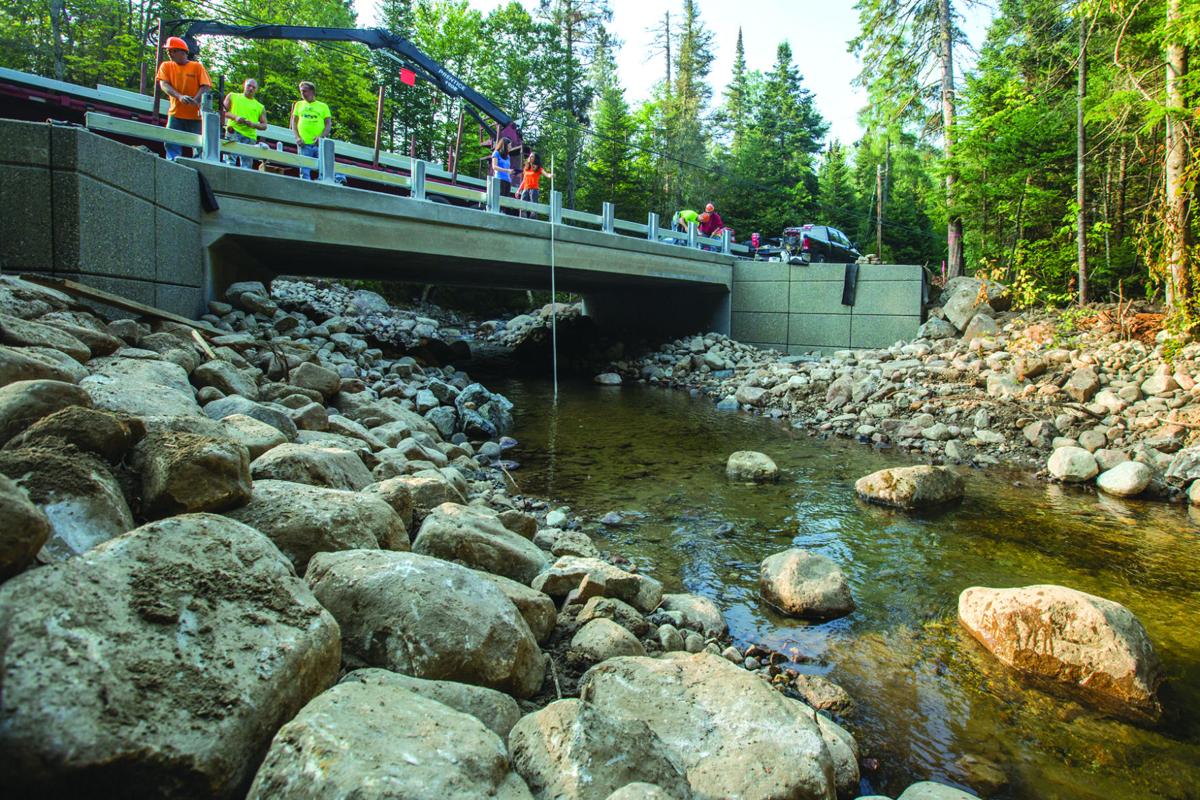 Roaring Brook before and after: A 35-foot wide cement culvert (bottom) replaced a pair of pipes beneath River Road in Wilmington. Culverts were also installed where the road crosses Holcomb Brook and on Lenny Preston Road for an unnamed brook.

Roaring Brook before and after: A 35-foot wide cement culvert (bottom) replaced a pair of pipes beneath River Road in Wilmington. Culverts were also installed where the road crosses Holcomb Brook and on Lenny Preston Road for an unnamed brook.

The structures allow streams to spread out in high water, protecting key roads in Wilmington and North Elba.

The work is being done by the towns and Essex County in collaboration with the Ausable River Association and the Nature Conservancy, which secured an $845,000 grant for culvert replacement.

Dozens of culverts are on Essex County’s wish list, based on an inventory done by the River Association before and after Tropical Storm Irene.

But these three popped to the top of the priority lists.

Flooding on River Road is a known concern, leaving damage that is expensive to repair.

Jessica Levine, conservation adviser on climate adaptation for the Nature Conservancy, noted the two brook projects are being completed in conjunction with Essex County.

The Roaring Brook project costs came in at $335,000 and Holcomb at $325,000. Grant funding is supporting about half the cost, with Essex County paying the balance.

“These structures are huge," Levine said. "These are three-sided concrete boxes.

"On Holcomb Brook, we went from a 6-foot pipe to a 20-foot structure. Roaring Brook went from two 6-foot pipes to a 35-foot-wide box.”

“We worked with SUNY Plattsburgh to do two things," Levine said. "The Nature Conservancy led computer modeling of the Ausable River, and we looked at environmental data related to stream habitats to identify high-priority locations.

"We were able to overlay on top of that information from field data to tell us what were the field barriers.

"We then did an outreach effort with the towns and counties, and we said to them: What keeps you up at night?”

“We really wanted to go for the win, win, win. That work with the towns put us in a position to get creative about funding.

The re-engineered culvert system is important for many reasons.

“Water gets really constricted at culverts, and these locations set barriers for fish,” Levine explained.

At the new culverts, the stream runs through the structure. It is not simply stuffed under the roadway.

“They are built at the right width; the water has the same velocity going through the culvert as it does coming into that area. The structures simulate the stream as it goes under the road.

"And it can carry more water. It can carry rocks, tree trunks, branches. These kinds of structures pass all of that in high water.”

The culverts encompass portions of the riverbanks, allowing what engineers call "dry passage" for larger mammals, like deer or bear, to walk under the road during normal high flow, Levine said.

“They can also clog up really quickly with sticks and that causes the flooding, which then can cause culverts to literally pop out of the road or cause the road to buckle,” Levine said.

“It can cost hundreds of thousands of dollars in addition to the time lost by extensive detours and the loss of tourism.

“These culverts also last a lot longer,” she said.

Estimates project the cement structures will stand for 75 to 100 years.

“It could be way longer, we haven’t had them long enough to find out.”

The third culvert replacement is being built in Wilmington for an unnamed brook on Lenny Preston Road.

“What you end up with is a healthy, restored stream with a lid on it. It’s designed to allow 100-year flood flows to pass through with room to spare.

"Because the stream underneath is intact, sediment and debris move through efficiently, reducing flood risks and reducing maintenance costs to the town.”

The smaller project in Wilmington is being built by town crews of Jay and Wilmington. It is projected to cost around $60,000, not including labor, Levine said.

“We’re grateful to be the recipient of this model culvert,” Wilmington Supervisor Randy Preston said in a statement.

“We appreciate the partners’ efforts, their financial support for this project and their willingness to work with our town crews to enhance public safety and improve stream health.”

The U.S. Fish and Wildlife Service provided technical assistance for the flood-mitigation culverts and some additional funding.

And support for the town-based project at Lenny Preston Road in Wilmington was funded through New York’s Department of State Environmental Protection Fund to pay for engineering.