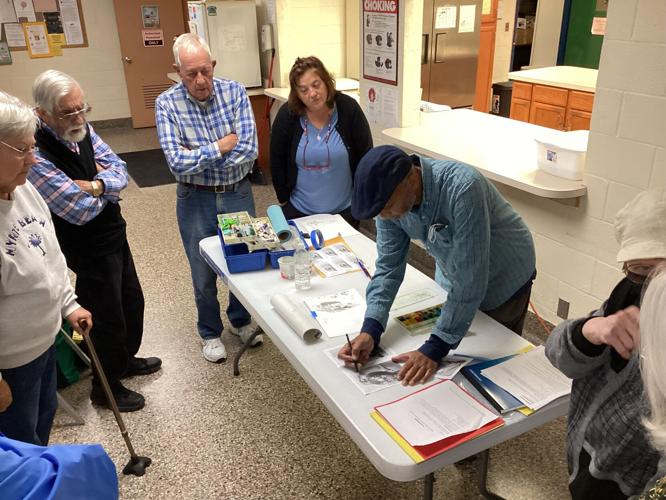 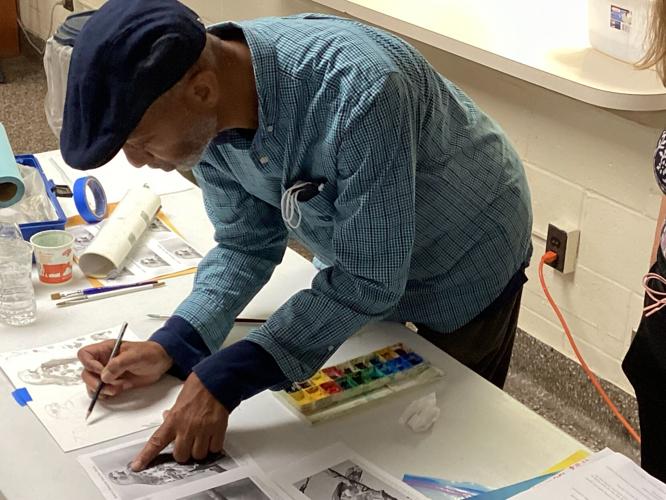 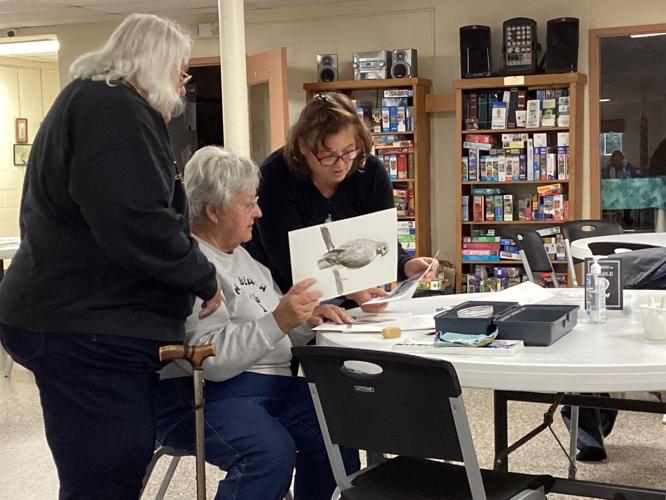 The theme of this six-week session, which began Sept. 20, was “Local Wildlife.”

“I’m getting back into it,” Cook, a Plattsburgh resident, said.

“I did mostly pen and ink and oil. Once in a while, something for a gift. I’ve never done watercolor before. It’s really hard.”

In the class, Briscoe wanted the participants, many first-timers, to become proficient in executing watercolor studies/watercolor sketches.

“I really wanted people to get interested in getting close up to wildlife visually,” the Saranac resident said.

“It’s really not about composition or painting. It’s really about the experience of watercolor sketching. So that’s going to allow them to draw in watercolors and lay washes, lay glazing, find the light and shadows. It’s basically like a mono-tone workshop class.”

A red-tailed hawk is one of the references that Briscoe brought in for the class.

“I ask them to draw from that and get used to the elements, the shape,” he said.

“Then, I have them do homework where they’re actually finding their own references, experiences and research and coming up with their own sketches.

“This class, I wanted to focus on wildlife because it is very important. The environment, wildlife, nature is a very important contemporary topic right now all over the world. I thought it would be great to do wildlife as sketches, but have them separate from the environment, so focusing close up, almost close-up portraits of wildlife rather than put them into some sort of composition.”

Briscoe teaches multiple classes around the area, and this one averages between 10 to 15 participants.

They gathered around a table to watch him work on his hawk study.

“This is what the class is about to get you up close to nature, just try and see how they look beyond trying to be pictorial,” he said.

“I think this is important. Always test your brush. So, I’m going to paint in the eye. There is no reason to worry about the area around the eye, which is around the pupil. No need to worry about a highlight. So, you’re going to want to do a wash.”

“I love art, and now that I’m retired I actually have time to practice,” she said.

“When I retired, I had time to do these things.”