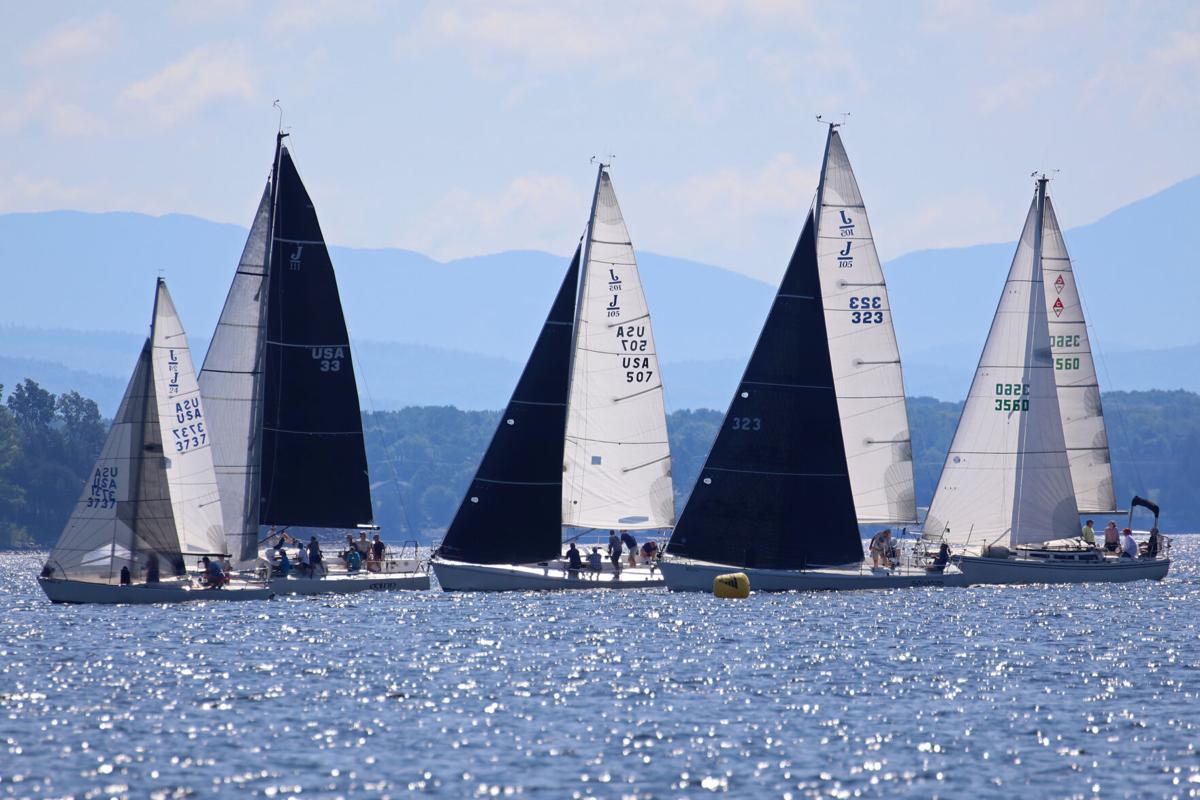 A group of sailboats occupy the waters of Lake Champlain during this year's Mayor's Cup Regatta. (Joey LaFranca/Staff Photo) 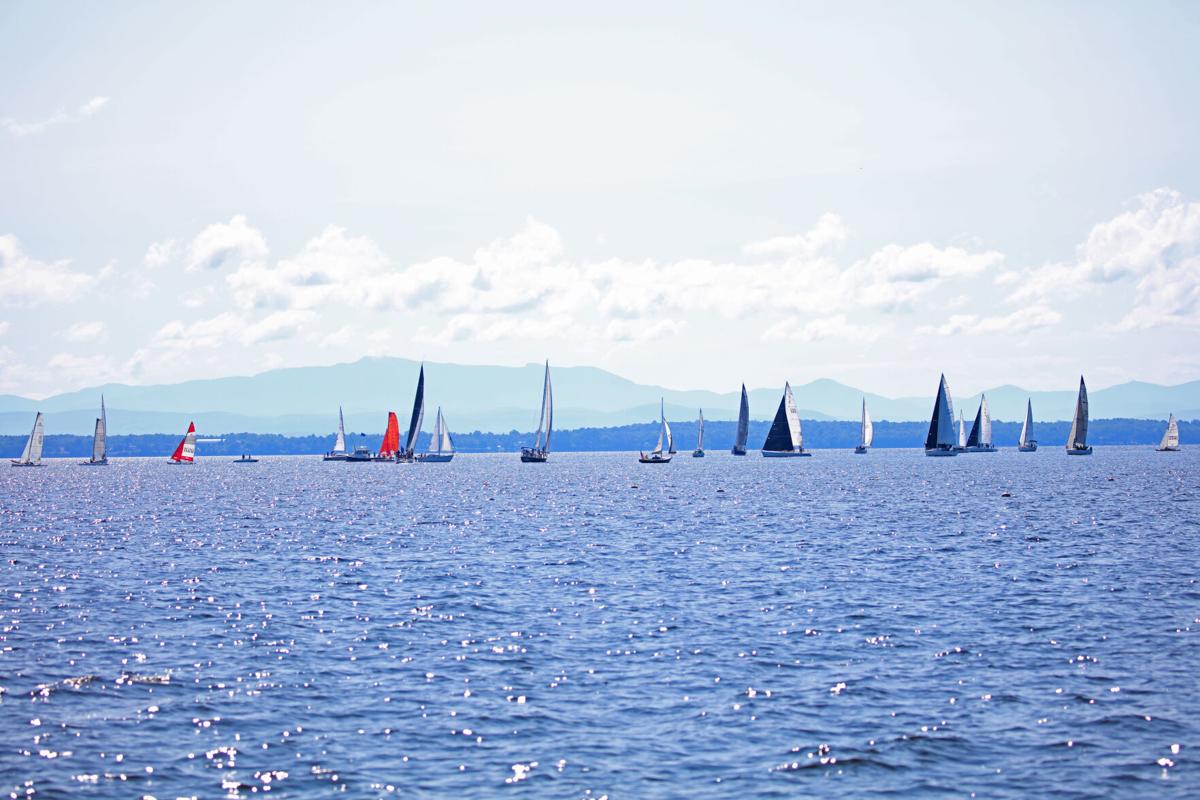 There were 29 participants that finished this year's Mayor's Cup Regatta. Compared to last year, the 2021 event had much nicer weather with winds coming from the northeast. (Joey LaFranca/Staff Photo) 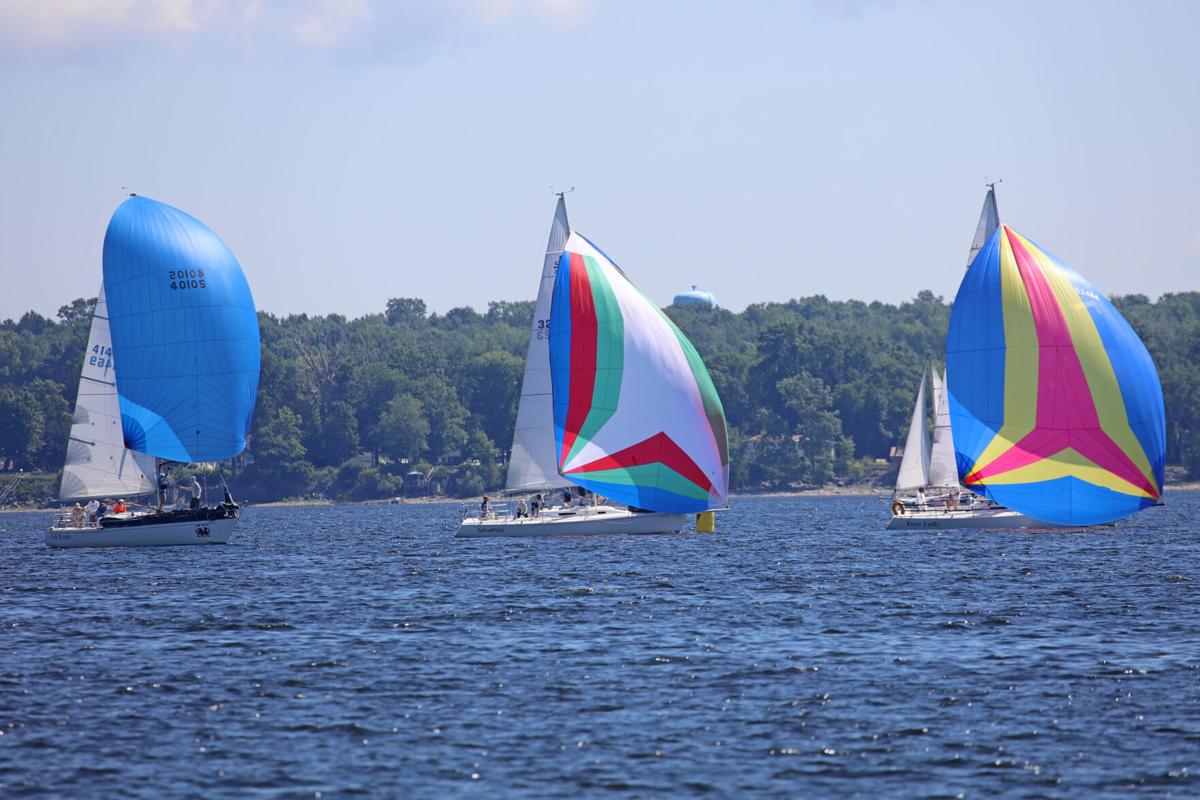 Most competitors finished the race between 2 and 4 hours before corrected times were applied to see who won the racing, cruising and multihull divisions. (Joey LaFranca/Staff Photo)

A group of sailboats occupy the waters of Lake Champlain during this year's Mayor's Cup Regatta. (Joey LaFranca/Staff Photo)

There were 29 participants that finished this year's Mayor's Cup Regatta. Compared to last year, the 2021 event had much nicer weather with winds coming from the northeast. (Joey LaFranca/Staff Photo)

Most competitors finished the race between 2 and 4 hours before corrected times were applied to see who won the racing, cruising and multihull divisions. (Joey LaFranca/Staff Photo)

PLATTSBURGH — In 2020, the Mayor’s Cup Regatta had less than ideal conditions that featured dark, gray skies with plenty of rain and lots of fog.

This year’s race was the polar opposite.

Lake Champlain glistened, Saturday, and plenty of sailboats occupied its waters with clear blue skies above.

Buffalo Theory, a boat from Winooski, Vermont, skippered by Bill Fastigi, won this year’s Mayor’s Cup with a corrected time of 2:14:34 in the racing division.

Fastigi dethroned two-time defending champions Ed and John Trombley and the crew of Odinn from Plattsburgh who clocked in at 2:16:28.

Buffalo Theory’s handicap would have allowed it to finish second behind Odinn and still win, but the victorious boat implemented a strategy that kept Odinn behind.

“He stayed in front of (Odinn) and made sure they did not pass him,” regatta coordinator Kjell Dahlen said. “That is definitely part of the game. It is foolish not to do that.”

Due to corrected time, the race was one of the closer finishes in recent history.

“It was not a nose-to-nose finish, but it was definitely one of the more exciting races we have seen in quite some time,” Dahlen said.

Rensselaer’s Mark Stata and Mike Parsons led the crew Witchcraft (2:21:38) to a third-place finish in the racing division.

The boats dealt with a wind coming from the northeast through most of the race, which was a bit different than the forecast initially indicated.

“I set the course for a compromise to make it work with the wind coming from somewhere between the northeast and north, and it ended up coming mostly from the northeast,” Dahlen said. “Things ended up being fairly square, which I was happy about.”

The cruising division title went to Londonderry, Vermont’s Les Velte who crossed the finish line at 1:52.37 with Talisman.

Conditions led to boats being out from anywhere from 2 to 4 hours, which was the ideal amount of time, Dahlen said, but before the race even got underway, there was a bit of comedy.

“It really was a beautiful day, but I have to admit I was a little nervous earlier in the morning,” Dahlen said.

“There was literally no wind a couple hours before the race. The wind did not come until about 15 minutes before the race. I thought we would have to postpone the start, but as luck had it, we got started right at 10 a.m. that morning.”

Chazy Landing’s Tom Sweet was the lone sailor to defend his championship by clocking in at 21:39:07 in the multihull division.

There were 29 participants who finished this year’s regatta, which more than doubled the 2020 total of 13.

Without the support of Canadian sailors due to the continued border closure, Dahlen said the 2021 event was a good steppingstone for a return to complete normalcy next summer with participant numbers even higher.

“We had a beautiful day, and people had a good time,” Dahlen said. “The people who did participate this year are likely to come back next year, and they are likely to talk it up a bit, which is all we can ask for.”